Abercrombie & Fitch (ANF) CEO Fran Horowitz offered up a different tone regarding the apparel retailer at investor day this week compared to when we caught up in 2018 at the New York Stock Exchange (NYSE).

“Abercrombie is back,” Horowitz told me (video above) inside a NYC pop up location outfitted with the latest threads from ANF, Hollister, and newer brands Social Tourist and Gilly Hicks.

In 2018, which happened to be ANF’s last investor day, Horowitz was still the “new CEO” at Abercrombie & Fitch — a role she assumed in Feb. 2017 after reinvigorating the chain in her previously role as President and Chief Merchandising Officer.

Horowitz had a few immediate tasks on her CEO to do list.

For starters, she needed to clean up the terrible culture fostered by long-time CEO Mike Jefferies (aka the old guy in sandals in the recent Netflix documentary). Then ANF had to stop pumping the stores with overbearing rave-friendly music and pungent cologne. After that, the move was to refrain from putting half naked teens and 20 somethings out front of the stores. And lastly, Horowitz had to get the store base down to the right size in the age of digital shopping.

Some four years after we met at the NYSE, Horowitz could check all of those boxes and more.

“We are fundamentally a different company than we were back then,” Horowitz told me. “And what we have been able to accomplish and deliver is nothing short of super exciting. … We had strong financial discipline, we learned a ton from COVID about inventory management.”

Horowitz and her executive team had just gotten off stage from presenting to a packed room of Wall Street analysts. The company’s financial targets certainly got the room’s attention and underscored the much better health of the business versus four years ago. 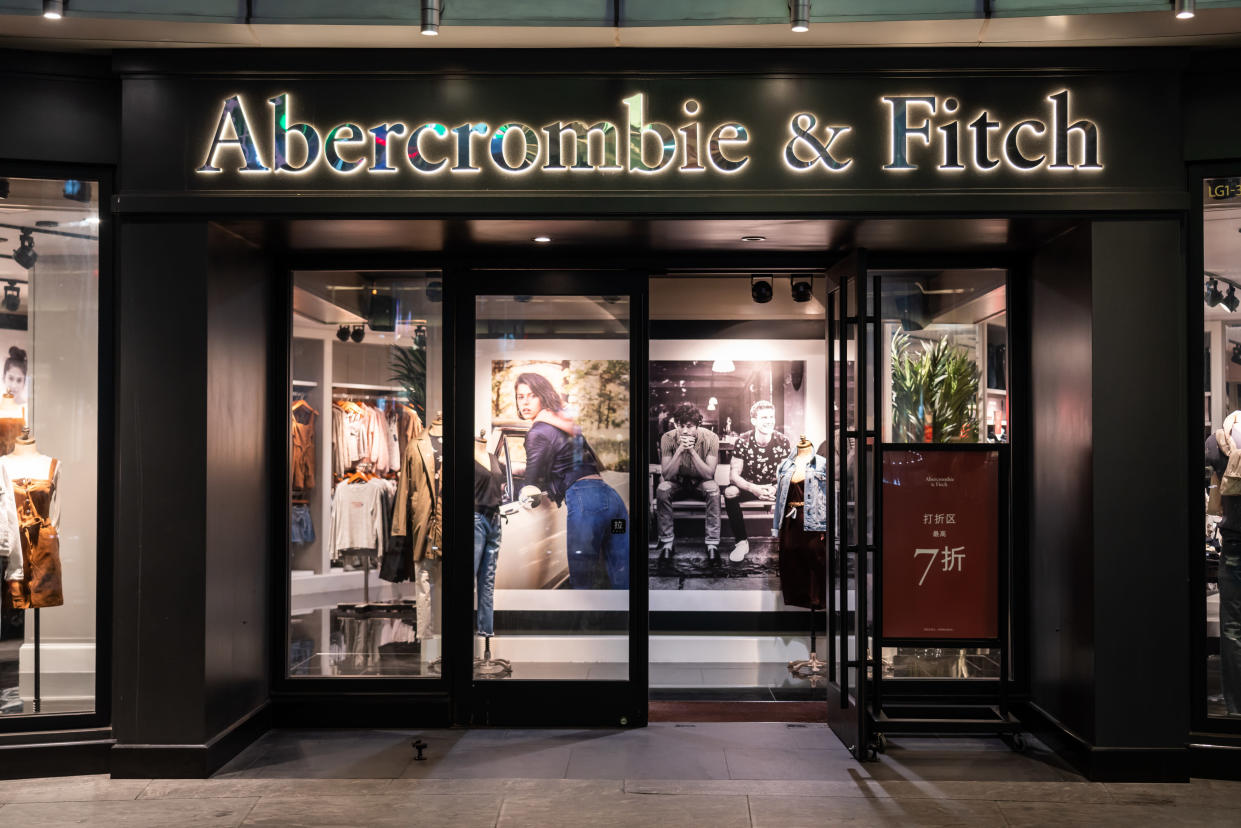 The company outlined 2025 sales targets of $4.1 billion to $4.3 billion and an 8% operating margin. Abercrombie & Fitch did $3.7 billion in sales in 2021. The business has tended to produce mid to high single operating margins in the past few years.

“They nailed it,” one analyst in the room told me after the presentations ended.

While the presentations were well received, the big question is whether Abercrombie & Fitch can deliver as consumers have begun to pullback their spending on non-essentials amid red-hot inflation. The company is coming off a first quarter that generally disappointed Wall Street — and that community made their feelings heard by punishing the stock price.

Shares are now down more than 47% year to date, with the stock trading on a paltry P/E ratio of 9 times forward earnings (while the S&P 500 is trading at 16 times or so).

Inventories exiting the first quarter, meanwhile, were up more than 40%, though Horowitz says 93% of its inventory is current and the team feels fine with inventory levels.

“We’re cautiously optimistic about back to school,” Horowitz said ahead of the key shopping season.

Now it’s just a matter if the Street is apt to buy into the next chapter starting at Abercrombie, which is coming ahead of a potential global recession.

“We came away from Abercrombie’s investor day incrementally positive on the company’s go-forward growth prospects,” Jefferies analyst Corey Tarlowe said in a research note to clients. The analyst reiterated a Buy rating and $34 price target on the stock, which is more than 80% higher than current levels.

“If the company hits the fiscal 2025 targets provided (sales of $4.1-4.3 billion and EBIT margin of 8%+), assuming continued share repurchases, it implies EPS of $5.25+ (vs fiscal 2021 sales $3.7 billion, EBIT margin of 9.6% and EPS of $4.40),” Lejuez wrote in a note to clients. “And if achieved, the stock looks very cheap at the current price. However, we believe there is so little visibility in fiscal 2022/fiscal 2023, and with the potential for weaker trends if the consumer slows more broadly, it is hard to give any credit for F25 targets.”

Brian Sozzi is an editor-at-large and anchor at Yahoo Finance. Follow Sozzi on Twitter @BrianSozzi and on LinkedIn.

Read the latest financial and business news from Yahoo Finance

Download the Yahoo Finance app for Apple or Android