Australia could keep its coronavirus restrictions in place for a YEAR, with children sent to school in shifts

Australian public life could be restricted for another year because of the coronavirus pandemic, Prime Minister Scott Morrison warned on Friday, as the country’s most populous state mulled sending children to school in shifts.

Australia has so far avoided the high numbers of coronavirus casualties reported around the world after closing its borders and imposing strict social distancing measures for the past month.

Restaurants, bars and other non-essential businesses have closed and public gatherings of more than two people are banned under the threat of fines and even prison. The measures that are expected to double the unemployment rate by mid-year. 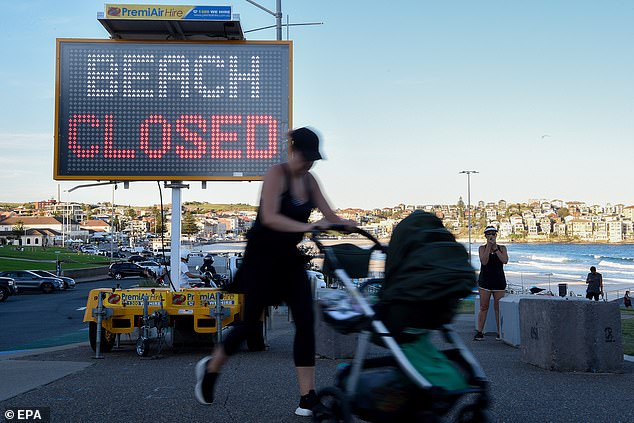 Australia closed restaurants, bars and other non-essential business to the public and gatherings of more than two people are banned under threat of fines and even prison 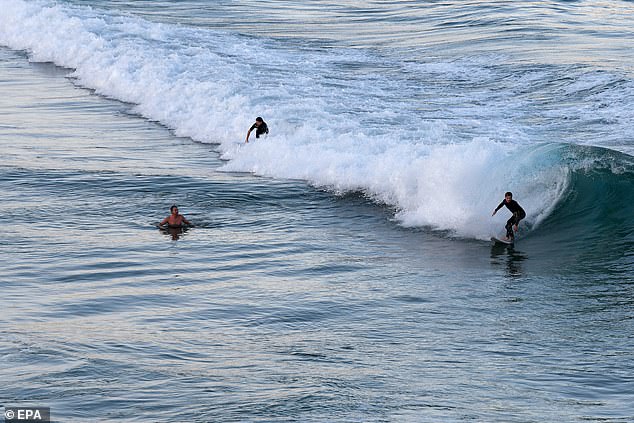 Prime Minister Scott Morrison said that social distancing measures could be in place for another year. Pictured: Surfers at Bondi Beach despite it being closed

In response, the daily growth rate of reported new infections has steadied in the low percentage single digits, from about 25 percent several weeks ago. Australia has seen a total of about 6,500 coronavirus infections and 63 deaths.

Prime Minister Scott Morrison said some measures, like the rule requiring people to stand at least 1.5 metres apart, would likely remain for several months, given there was no guarantee a vaccine would be developed in that time.

‘Social distancing is something we should get very used to,’ Morrison told radio station 3AW. ‘It could be a year, but I’m not speculating about that.’

‘Certainly while the virus is prevalent across the world (the 1.5 metre rule) should be a natural instinct.’

Morrison had said on Thursday the wider social distancing measures would be in place for at least another four weeks, while advocating the reopening of schools across the country, citing medical advice that children are a low risk of transmission.

That guidance has been contradicted by several states and territories, which are responsible for schools governance, and brought a public backlash from parents and teachers concerned about exposure to the virus. 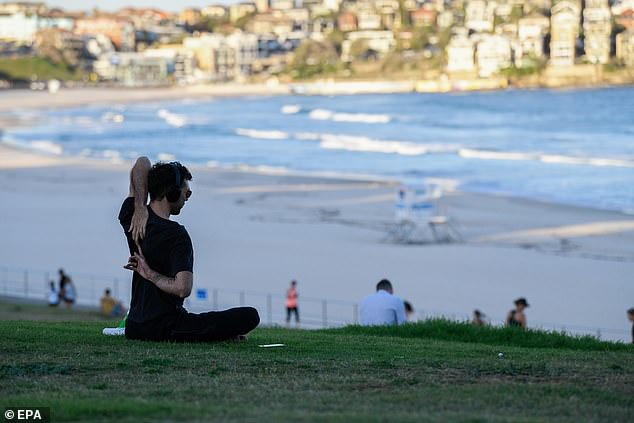 Austrailia has seen a total of about 6,500 coronavirus infections and 63 deaths, a relatively low number compared with other countries

‘We are considering our options around a rostering system which will have some students go back on a particular day to increase that level of face-to-face,’ New South Wales Premier Gladys Berejiklian told reporters on Friday.

‘The alternative is that unfortunately students could face up to a year or longer at home and we don’t that’s appropriate,’ she added.