An Australian lawyer who has boasted of a client list that included senior Papua New Guinea government figures has been arrested in Port Moresby on fraud charges.

Former Queensland prosecutor Greg Sheppard has practised in the island nation for more than three decades. 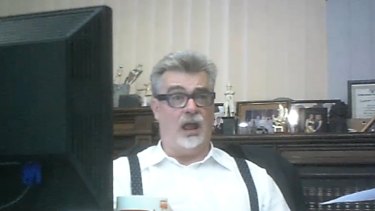 According to a statement released by the office of PNG's Commissioner of Police, David Manning, Mr Sheppard was arrested on Wednesday over allegations relating to dealings with a 268 million kina ($97 million AUD) public trust set up to benefit villagers affected by mining operations.

According to a local media report, the funds are held in an account with ANZ bank.

Mr Sheppard was charged with two counts of conspiracy and another count of false pretence before being taken into custody in the Port Moresby suburb of Boroko.

Mr Manning's office said in the statement that the investigation was ongoing and included a forensic probe in the appointment of the fund directors, unauthorised expenditure of the trust money, and the bank accounts held by the trust, associated with the Ok Tedi Fly River Development Foundation, and the law firm. 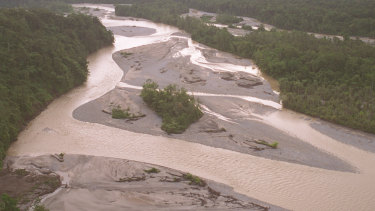 The trust was originally set up for locals affected by the Ok Tedi Fly River mine. Credit:Bill Pheasent

"This includes forwarding proceeds from the K268 million to personal bank accounts of [trust] directors/employees," the statement said.

"Police will also allege that the expenditures were not consistent with the spirit, tenor and intended purpose of the … Trust Funds, and used for purposes contrary to the CMCA beneficiaries."

The commissioner's office said other directors of the fund and other suspects would also be "brought in for inquiry into their alleged involvement in committing the fraud."

According to the statement, the trust funds belong to more than 147,000 people from 158 villages in the Western Province, reaping dividends based on equity held in the Ok Tedi Mining Project, an open-pit copper and gold mine.

Local media outlet the Post-Courier reported last week that a female director of the Ok Tedi Fly River Development Foundation was arrested on allegations of misappropriating money from the trust.

According to the website for the law firm, of which Mr Sheppard is a partner, "he has acted for a number of prominent clients in Papua New Guinea, including Prime Ministers, Ministers of State and businessmen."

Mr Sheppard was appointed in 2014 as a "resident" director of the company that provided security to the former Manus Island immigration detention centre, but resigned in 2015.