A MUM who gave birth to the world’s tiniest twins has tragically revealed one of them didn’t make it – and died in her arms.

Talia Keates, 33, gave birth to brothers Ashley and Joe in April last year with the little lads weighing less than an iPad at just 403g and 429g. 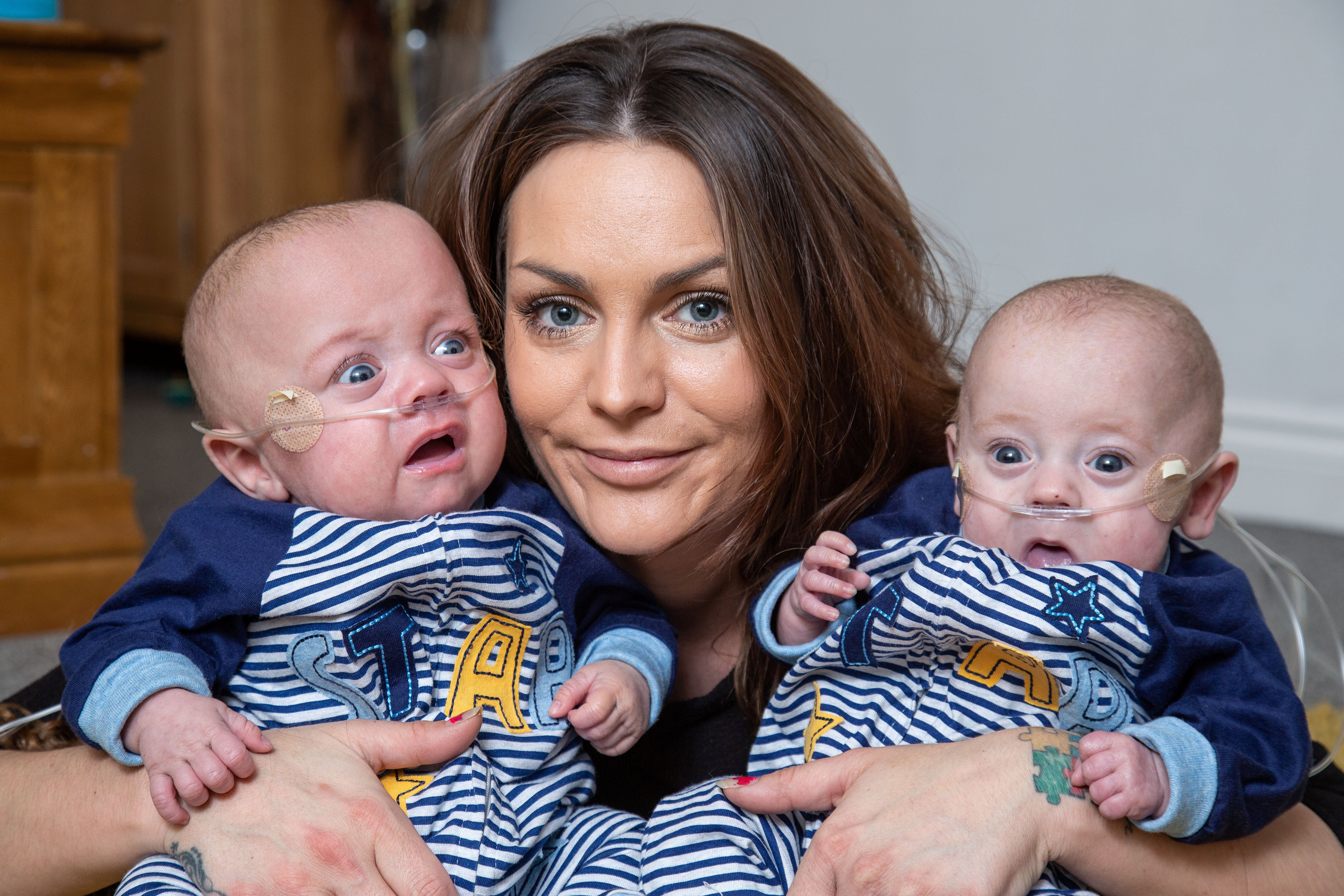 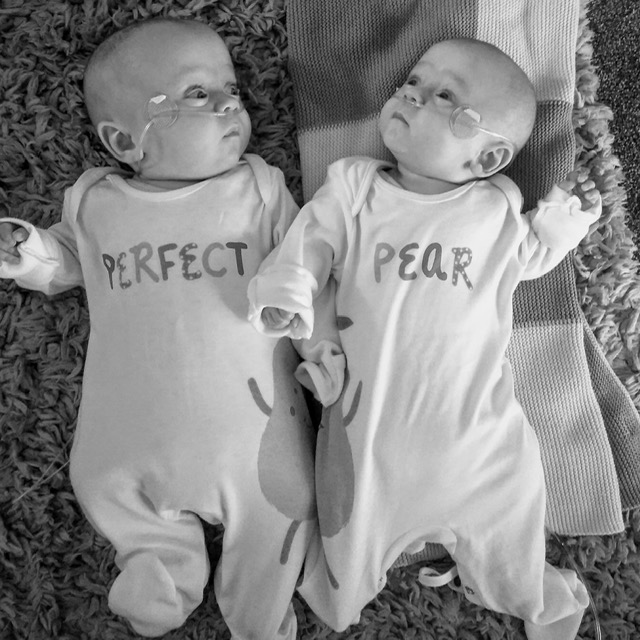 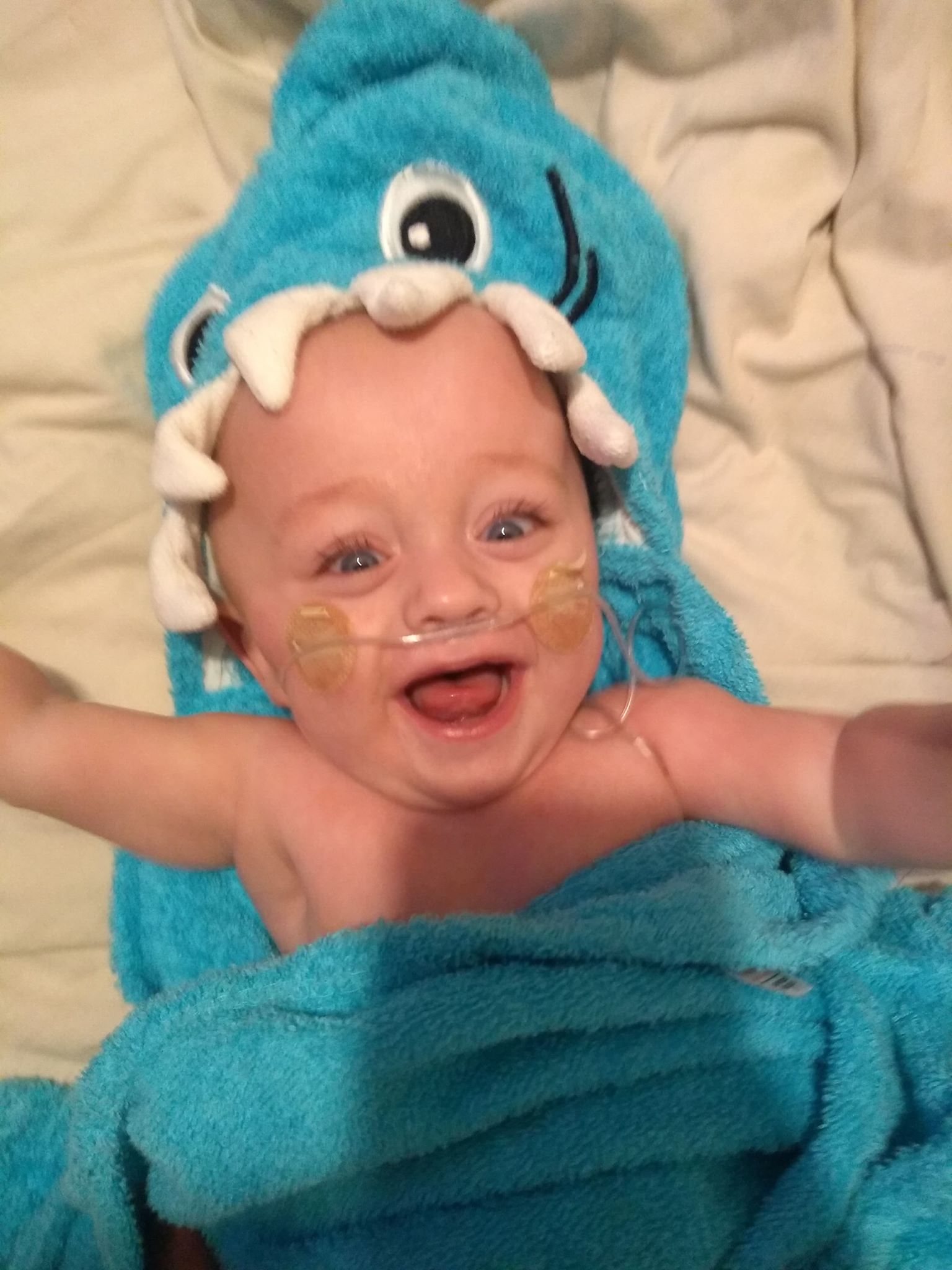 Talia – who was already a mum-of-four – went into labour 17 weeks early, before welcoming the boys, who were so premature their eyes were fused shut.

At the time, Talia and her husband Oliver, 35, were warned their babies might not survive, but they seemed to have beaten the odds when they returned to their home in Trowbridge, Wiltshire, at four-and-a-half months old.

Ashley was diagnosed with incurable pulmonary hypertension last November as a result of chronic lung disease that both twins suffered due to their prematurity.

And devastatingly he passed away in January – at just nine months old – in the arms of his nurse mum, who said: “It just doesn’t seem fair.

“They’d already been through so much and beaten the odds as a pair.

“At the time Ashley passed away, Joe woke up screaming in his cot at home. It breaks my heart they won’t get to grow up side by side.”

Talia and Oliver, a business owner, found out they were having twins in November 2018.

They ‘already had their hands full’ with four kids at home – Imogen, eight, Jacob, seven, Theo, six, and Sebastian, three – but were so excited to expand their happy family.

When they discovered they were twin boys at a later scan, they decided to name them Joe and Ashley, and set about buying matching baby grows for the pair.

They’d already been through so much and beaten the odds as a pair. At the time Ashley passed away, Joe woke up screaming in his cot at home. It breaks my heart they won’t get to grow up side by side.

But at 17 weeks, Talia began to bleed heavily, and was rushed to Royal United Hospital in Bath, Somerset.

Doctors couldn’t work out what was wrong so sent her home – but just three weeks later Talia’s waters broke in one of the amniotic sacs which contained Joe.

Although a termination was suggested, Talia held on until 23 weeks, when she finally went into labour and was warned that Joe, the larger of the two twins, would not survive.

Despite the odds, Joe and Ashley were delivered safely at Southmead Hospital in Bristol.

After the twins were born, both were rushed into critical care where they remained for a few months – and Talia couldn't even touch her newborns until they were five-weeks-old.

The mum said: "They were taken straight to the neonatal unit.

"It was awful, you never know if you are going to get a call to say they haven’t made it – if they are going to survive.

“Their skin was so fragile that our touch could have broken in – and their little eyes were fused shut as they were so underdeveloped.” 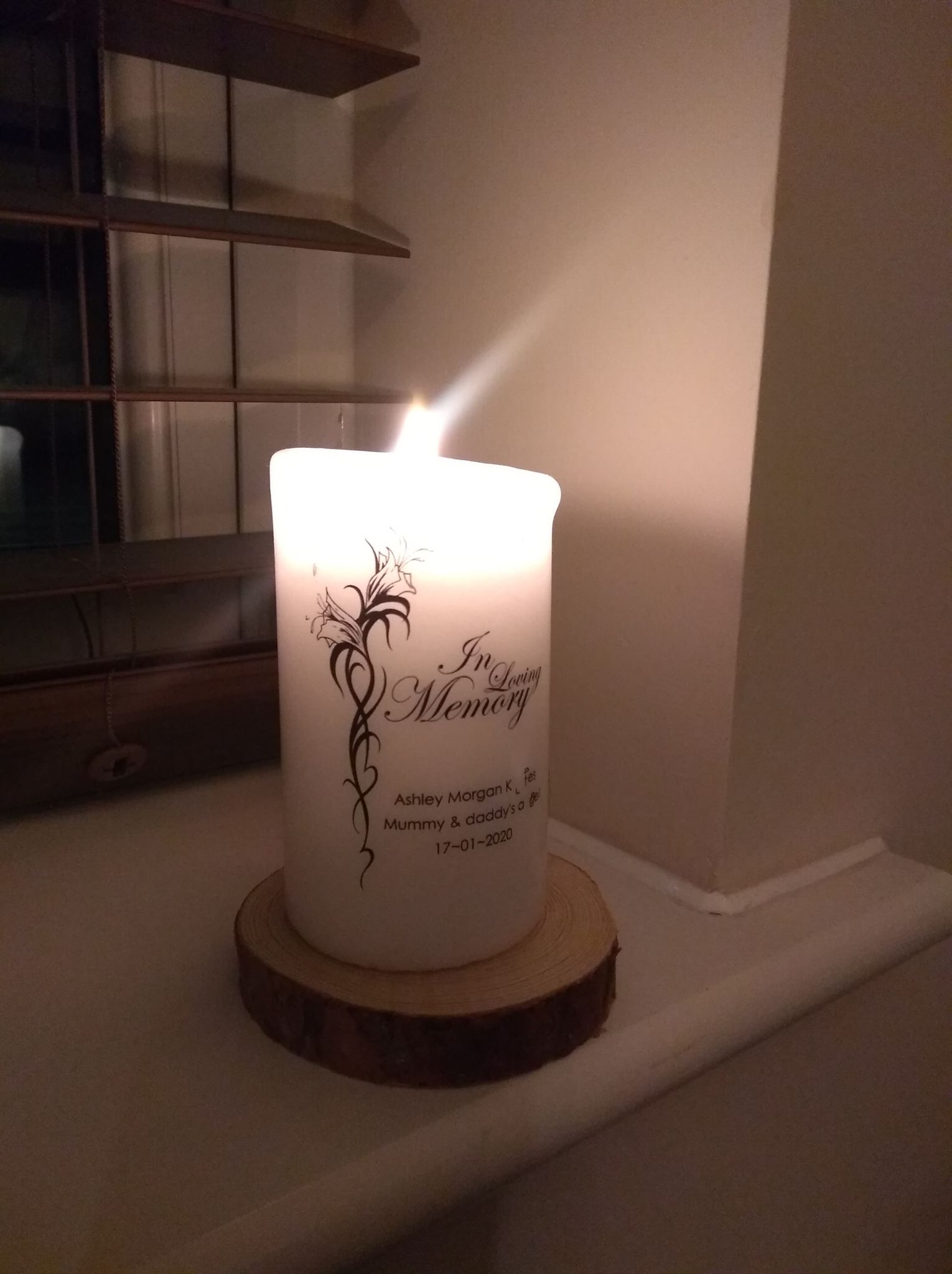 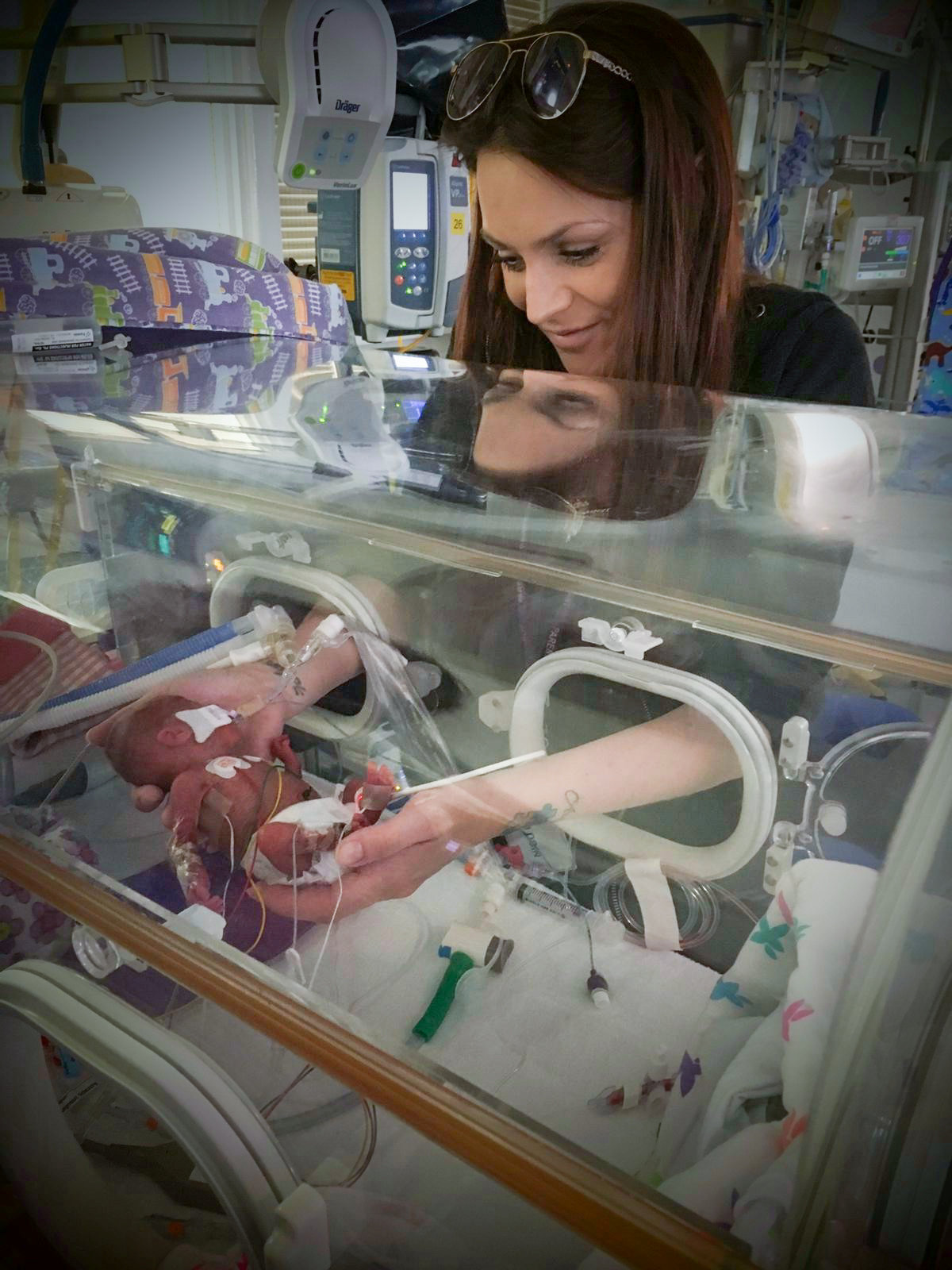 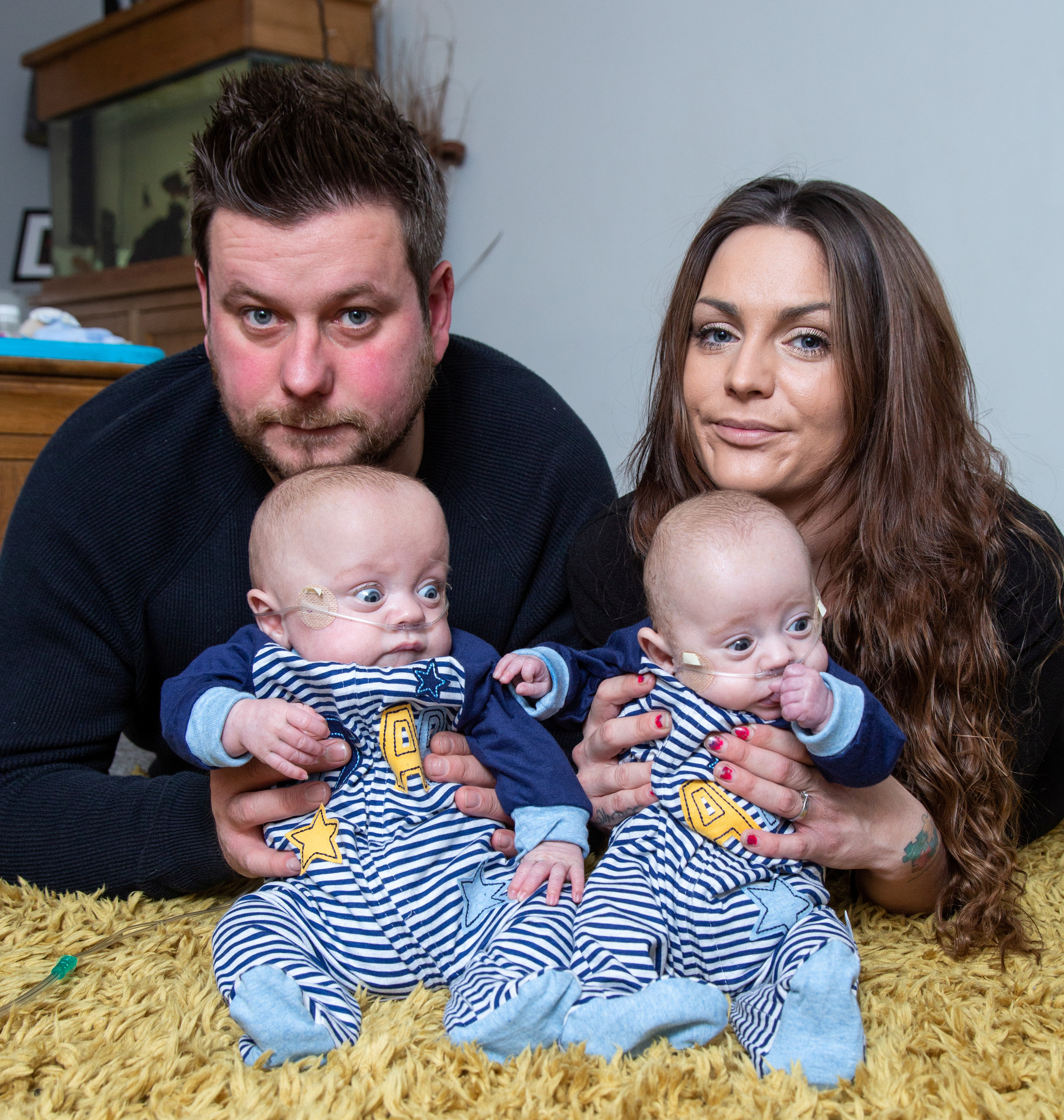 The babies spent 129 days in the unit, battling sepsis and various other complications, before being transferred to Royal United Hospital Bath, and then finally being allowed home in August when they were four-and-a-half months old.

The pair remained on oxygen, and had both been diagnosed with chronic lung disease due to their prematurity and under-developed organs.

But doctors assured that as the twins got bigger, their lungs would grow and they should beat the disease.

“Joe was such a placid little baby, while Ashley had more of a temper,” Talia said.

“But the pair of them were like two peas in a pod, and it was magical to watch them and have them home.”

The family thought they were ‘out of the woods’ and on the way to a full recovery – but unfortunately that wasn’t quite the case.

Talia and Oliver began to worry about Ashley, as he wasn’t putting on as much weight as Joe, and had always been on more oxygen than his brother.

They took him to Bristol Children’s Hospital in November, and were given the devastating news that Ashley had pulmonary hypertension – a serious condition that can damage the heart and lead to heart failure.

What is pulmonary hypertension?

Pulmonary hypertension is high blood pressure in the blood vessels that supply the lungs (pulmonary arteries).

It's a serious condition that can damage the right side of the heart.

The walls of the pulmonary arteries become thick and stiff, and cannot expand as well to allow blood through.

The reduced blood flow makes it harder for the right side of the heart to pump blood through the arteries.

If the right side of your heart has to continually work harder, it can gradually become weaker. This can lead to heart failure.

It had been caused by the chronic lung disease the twins had had since birth, and the family were told it was incurable.

Just a short while later, Ashley was ventilated until January, when doctors pulled the parents aside and told them that their little boy wasn't going to make it.

His lungs were too weak and they were told he would never breathe on his own.

That night, a nurse switched off his ventilator and placed Ashley in Talia’s arms.

“Oliver and I sobbed uncontrollably as we told Ashley how much we loved him,” Talia said.

“We cuddled him for 40 minutes, before our tiny boy passed away in my arms.

“He was only nine months old, and I will never get over the heartbreak.”

Talia’s mum, Linzey, 56, had stayed with their other children that night, and said that Joe had ‘felt it’ when Ashley passed away.

“Mum told us that at the exact time Ashley left us, Joe had woken up in his cot, screaming,” Talia said.

“He knew his brother was gone.” 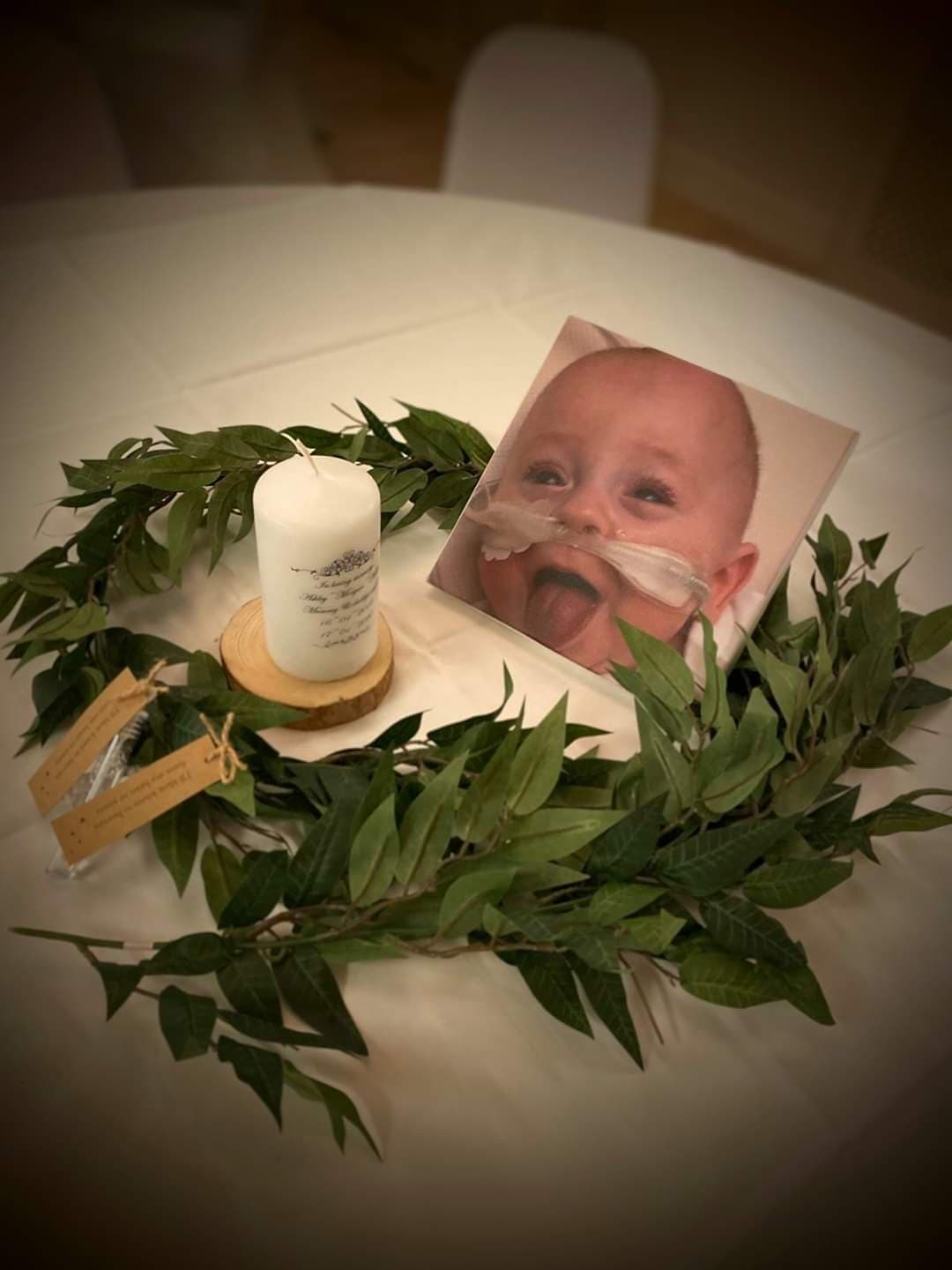 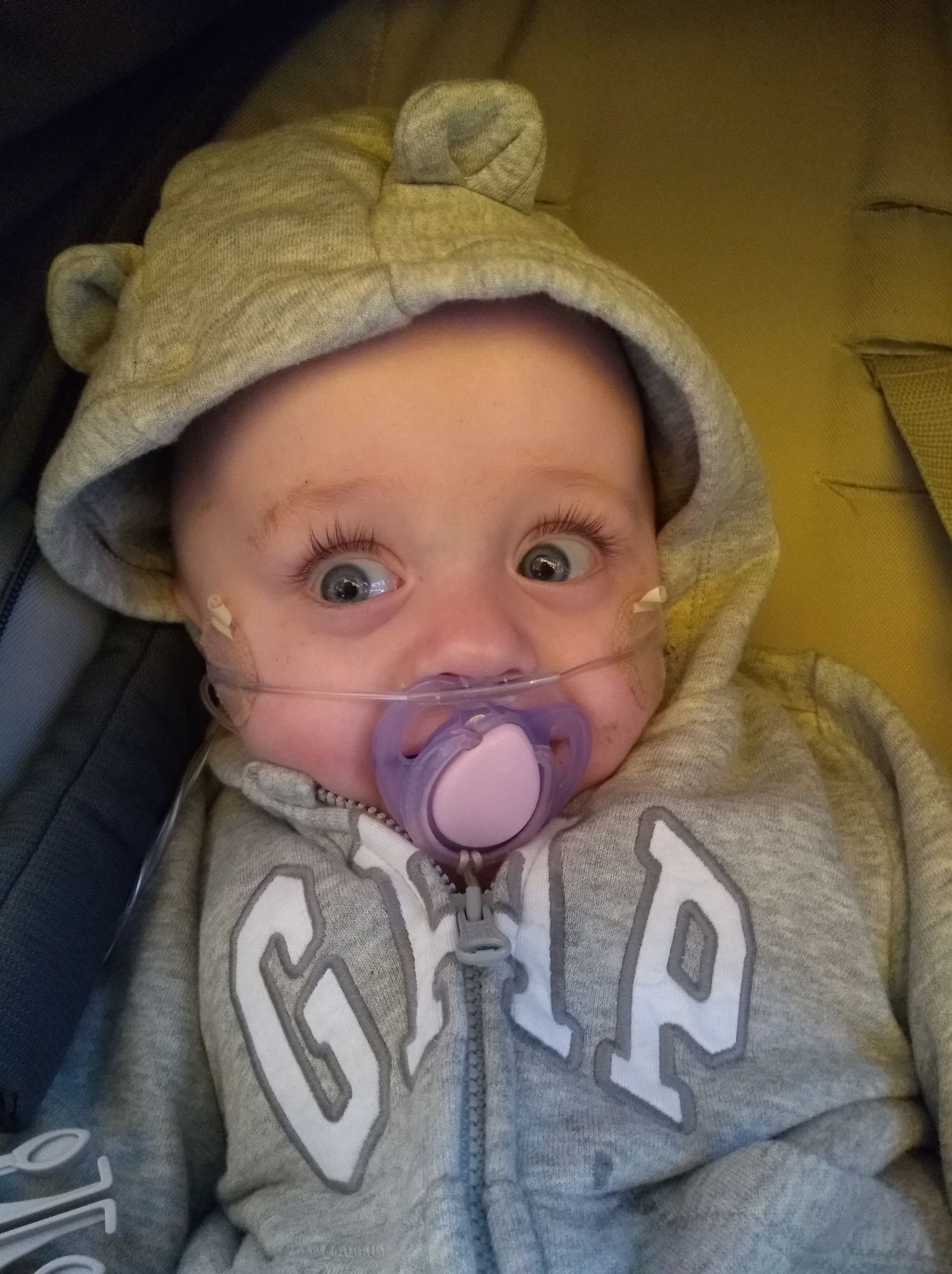 The family held Ashley's funeral in February  at their local church, and carried him in a little white coffin draped in white flowers.

“The pain of losing him is with me every day, but I'm glad Ashley is no longer suffering,” Talia said.

“It feels so cruel – most of his life he was traumatised by invasive procedures, and for what?

“It’s horrible to say, but sometimes I wonder if it would have been better for him to have died at birth or for us to have gone ahead with the termination – but then we would have lost Joe too.

“You can’t let those decisions get you down though – we made them all for the right reasons.”

Joe is now one and weighs 11lb – he's finally big enough to fit into the babygrow that Talia bought before he was born.

She keeps Ashley's safely in a memory box given to her by a friend, which the family are filling with keepsakes for Joe to open when he turns 18 in memory of his lost twin.

“They both fought so hard, and I will always be proud of that.

“Ashley may have lost his battle, but he will always be in our hearts.”