That’s one el of an impression! One year old elephant leaves perfect impression of himself after falling asleep in the sand

A baby elephant left a fossil-like imprint of his head and trunk in a pile of sand after a nap.

One-year-old Anjan left this near-perfect imprint of his head and trunk after nodding off in the sand in his enclosure at Chester Zoo.

Zoo keepers were amazed at it and posted the photo on Twitter with the caption: ‘Elephants lie on their sides to sleep for around four hours a night – time for Anjan to create his amazing piece of animal art!’ 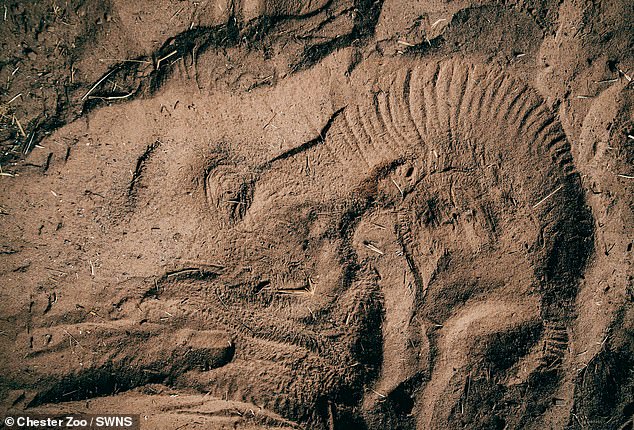 Anjan, a one-year-old Asian elephant, left a perfect imprint of his head and trunk after a nap on a pile of sand in his enclosure in Chester Zoo 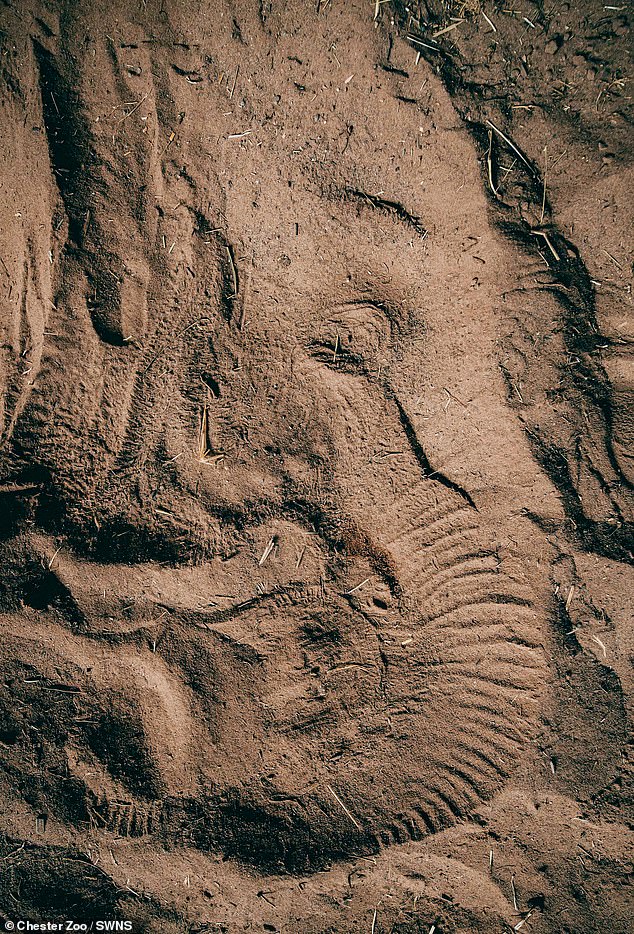 Chester Zoo said: ‘Elephants lie on their sides to sleep for around four hours a night – time for Anjan to create his amazing piece of animal art’

Anjan did not quite understand what the big deal was however and trampled through the imprint within a few minutes of waking up.

People who saw the post on Twitter wanted Anjan’s creation to be preserved but the zoo said that was not possible.

‘The print was unfortunately left very much in the middle of the elephant habitat and so some rather heavy footprints have since passed through,’ said Chester Zoo. 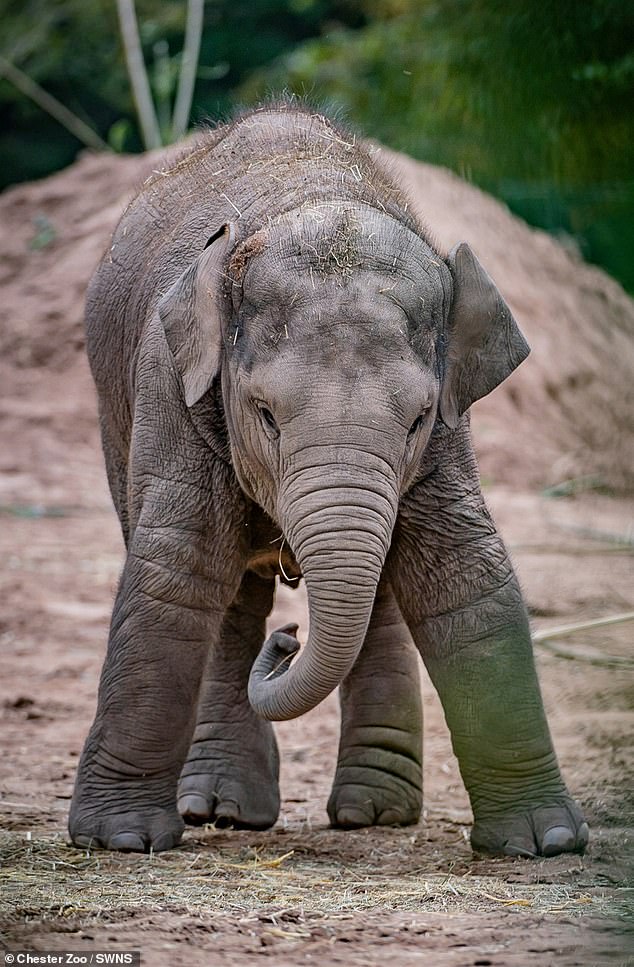 Zoo keepers took a photo of the incredible fossil-looking creation but Anjan, oblivious to his talents, trampled all over it 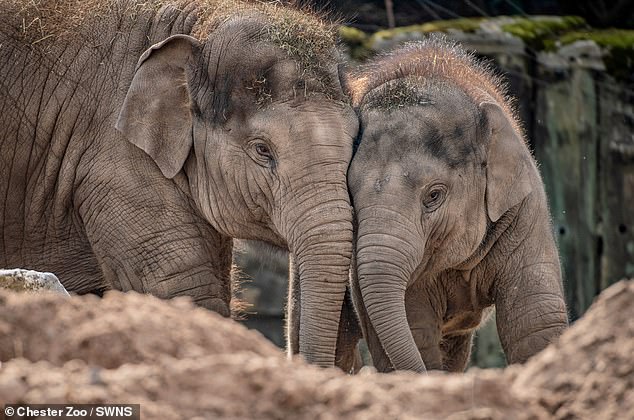 People on social media loved the pictures of Anjan’s creation.

Christine Jones said: ‘How wonderful, what a beautiful creature.’

‘I’d buy a print of this to be fair,’ said James Booth which lots of people supported.

Zoo keepers knew exactly how special Anjan was before his archeological work of art.

Anjan, named after conservation figure Anjan North, was born three months after he was supposed to have been.