Baroness Boothroyd, 91, is being investigated by Parliament’s ethics watchdog for missing a sexual harassment course while she was recovering from open heart surgery

Pioneering politician Betty Boothroyd is being investigated by Parliament’s ethics watchdog for failing to attend a sexual harassment course – at the age of 91.

Last night a row erupted over the Lords’ decision to open a formal probe into Baroness Boothroyd, despite knowing that she has been recovering from open-heart surgery.

MPs described it as ‘political correctness gone mad’ and accused officials of harassing the peer, who made history as the first and only female Commons Speaker. 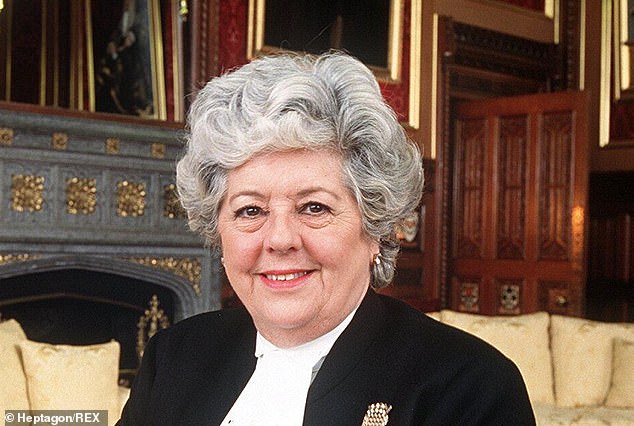 She is one of 60 peers under investigation by the Standards Commissioner for failing to attend a training session called Valuing Everyone, run by a controversial consultancy firm that uses giant blue puppets in some of its courses.

The online training, which is voluntary for MPs, was made compulsory in the Lords last year.

Baroness Boothroyd is regularly described as a pioneer for women’s equality. One MP who has attended the course said: ‘It’s bonkers. Betty Boothroyd is someone to whom statues will be built in the future. This would be like prosecuting the suffragettes for failing to vote.’ 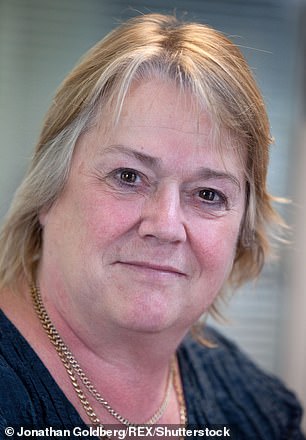 In what should have been the final word on the matter, Baroness Boothroyd replied: ‘My medical condition has prevented me from attending the course online.’ Remarkably, the following day Ms Scott-Moncrieff announced she was investigating the baroness anyway

After she was first contacted by the standards watchdog, Baroness Boothroyd replied, in correspondence she has shared with this newspaper: ‘The reason I have not been able to respond to requirements is due to the fact that early in March 2020, I was advised by two consultants to leave London and isolate at my home in the country.

‘I have had [an] aorta valve replacement followed by [a] leak in [the] mitral valve. The respiratory consultant in particular insisted I stay out of London and in isolation in the country.’

She went on to say: ‘I was born in 1929… I remain in shielding which is a requirement. I neither indulge in Zoom or remote [meetings].’

But she offered to answer any questions about standards that the commissioner might have.

Commissioner Lucy Scott-Moncrieff responded: ‘As it is a requirement of the Code of Conduct for all members to have done the training session by April 1, could I clarify whether you mean to convey that your medical condition has prevented you from attended the course online?’

In what should have been the final word on the matter, Baroness Boothroyd replied: ‘My medical condition has prevented me from attending the course online.’

Remarkably, the following day Ms Scott-Moncrieff announced she was investigating the baroness anyway.

The peer told The Mail on Sunday: ‘I’m very happy to be trained when this is all over – you’re never too old to learn.’

Tory MP Neil O’Brien said: ‘The idea that Betty Boothroyd, who is one of the most widely respected parliamentarians of her generation, is some kind of threat because she hasn’t done some online course is beyond laughable.

‘Actually this isn’t a joke. This is not the way to go about raising standards in Parliament. There are real problems in some cases, but I can’t think of a worse way to go about addressing them than by harassing a 91-year-old who is held in the highest esteem across all parties.’

Another Tory MP said: ‘The entire parliamentary world will be aghast at the lack of self-awareness of anybody investigating an icon like Betty Boothroyd under these circumstances. It’s breathtaking.’

Baroness Boothroyd’s possible penalties include being banned from the Lords or from claiming its daily allowance. Asked yesterday whether it will consider dropping the investigation, the commissioner’s office declined to comment on ‘active investigations’.

Other peers under investigation for skipping the course, run by Challenge Consultancy, include breast cancer campaigner Baroness Morgan, Lord Trimble and Lord Heseltine. Last year the Lords made the training compulsory for all peers, despite criticism from MPs that the sessions are run by ‘expensive consultants who are laughing all the way to the bank’.

Challenge Consultancy has received more than £750,000 in contracts from Parliament for running two online courses. Another, called Unconscious Bias, encourages MPs to take on young black men to act as ‘reverse mentors’.

The firm, whose clients include the BBC and Bafta, has also used a giant blue puppet called UB as part of its unconscious bias courses.

A Tory MP said: ‘This is the latest example of woke consultancies trying to milk the public sector and hoover up taxpayers’ cash for highly questionable services.’

Challenge Consultancy did not respond to a request for comment.