Brazilian president slammed after firing health minister who disagreed with the far-right leader’s handling of the coronavirus pandemic, which he compared to a ‘little flu’ that has killed nearly 2,000

Brazilian President Jair Bolsonaro is being heavily criticized after firing Health Minister Luiz Henrique Mandetta on Thursday, just a week after he initially contemplated dismissing him.

The far-right leader clashed often with the health expert’s assessment over how the silent yet ravaging coronavirus pandemic should be dealt with.

Bolsonaro offered a dismissive tone toward Mandetta’s full backing of social distancing measures and sneered at the orthopedist’s refusal to support the use of hydroxychloroquine to treat COVID-19 patients. The treatment method, using its sister drug chloroquine, was totally scrapped this week following the deaths of 11 infected patients that were part of a trial study.

‘You should have absolute certainty that we fought a good fight until here,’ Mandetta told fellow ministry workers in a televised press conference Thursday after announcing his departure. ‘But we’re at the start of the battle.’ 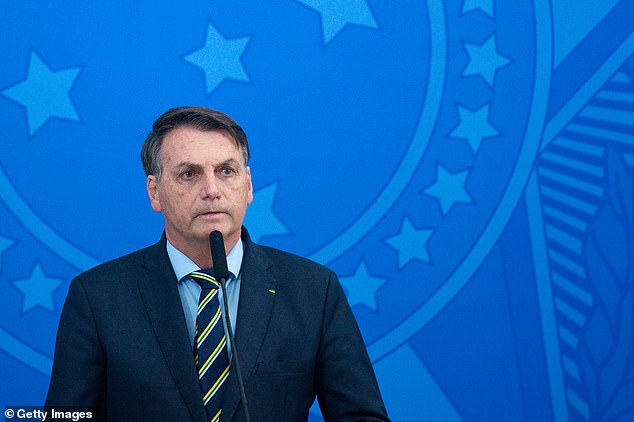 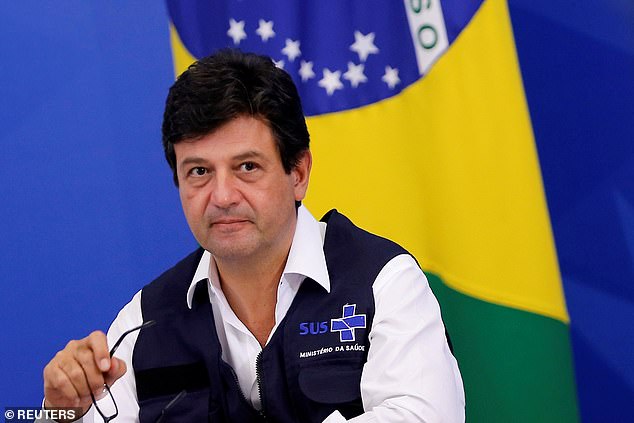 Luiz Henrique Mandetta (pictured at an April 7 press conference) was dismissed Thursday as Brazil’s Minister of Health. Mandetta fully supported social distancing as a measure to stop the spread of the coronavirus in Brazil with 1,952 deaths

‘His departure, for the country as a whole, at this serious moment, is certainly not positive and will be felt by most of us,’ Alcolumbre said.

As of Friday, Brazil ranked atop Latin America countries with 1,952 deaths and 30,891 sickened people due to the coronavirus.

‘Life is priceless, but the economy and employment need to return to normality,’ Bolsonaro said at a press conference on Thursday.

‘Most Brazilians hope that President Jair Bolsonaro did not fire Mandetta in order to insist on a stance that undermines the need for social distance and encourages a false conflict between health and the economy’,  Alcolumbre said.

Bolsonaro appeared to do just that last Thursday when he visited a local bakery in Brazil’s capital Brasilia and hugged the staff and customers while posing for selfies. 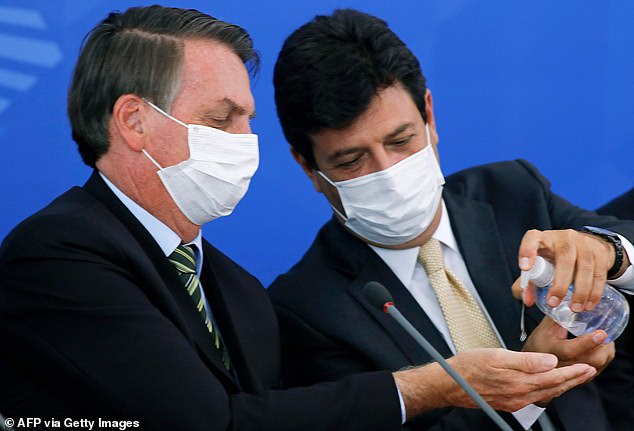 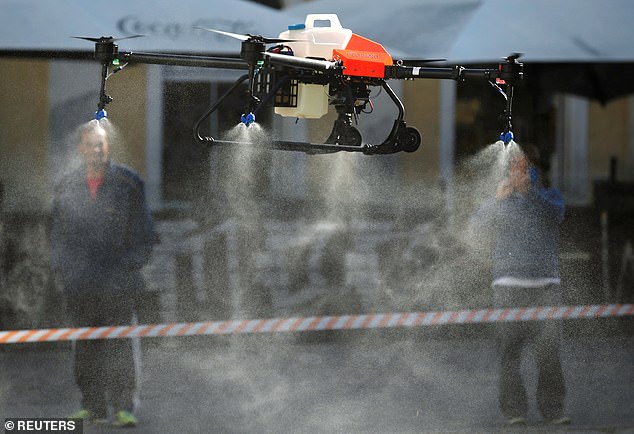 Bolsonaro last month labeled the epidemic as just ‘a little flu’ and criticized stay-at-home and quarantine orders from state governors.

‘Science has been fired. But it will be replaced by science and so on,’ said Felipe Santa Cruz, president of the Brazilian Bar Association.

‘There will not be a single serious doctor willing to buy, at the cost of his own biography and career, denialist discourse that downplays the seriousness of the pandemic or points to the path of chaos.’

Bolsonaro feud with Mandetta perhaps intensified when an April 3 poll showed that Mandetta’s approval rating soared to 76 percent over his handling of the coronavirus crisis, while Bolsonaro’s popularity dipped to 33 percent.

The survey was released a day after Bolsonaro dismissed the severity of the coronavirus and said it is ‘not all it’s being made out to be.’

‘Since the beginning of this crisis, Bolsonaro chose the path of denial and guided his decisions by guesswork, politicizing what should be technical actions with scientific criteria,’ said Alessandro Molon, a Brazilian Socialist Party opposition leader in the Chamber.

‘Mandetta’s dismissal is just a reckoning by a boss who, at the height of his mediocrity, does not tolerate an assistant standing out more than he. An irresponsible behavior of those who are more concerned with their re-election than with saving the lives of Brazilians.’

Bolsonaro tested negative for the coronavirus in March a couple of days after a close aide developed symptoms and tested positive after he and a contingent traveled to the United States to meet with Trump.