BREAKING NEWS: Donald Trump says he is taking hydroxychloroquine because ‘good things are being said about it’ and calls string of research warning it is dangerous ‘phony’

President Donald Trump said on Monday he’s been taking hydroxychloroquine for about a few weeks now but said he doesn’t have the coronavirus.

The president made the shocking announcement at the White House during an event with restaurant workers.

‘I’m taking it – hydroxychloroquine. Right now yeah. A couple of weeks ago, started taking it,’ he said

The president repeatedly has touted hydroxychloroquine – used to treat malaria, lupus and other diseases – and the antibiotic azithromycin, often sold under the brand name Zithromax, or as a’Z-pack,’ to be used to treat the coronavirus.

Trump said he is taking both medications but has had no side effects.

He said many frontline workers also take it. 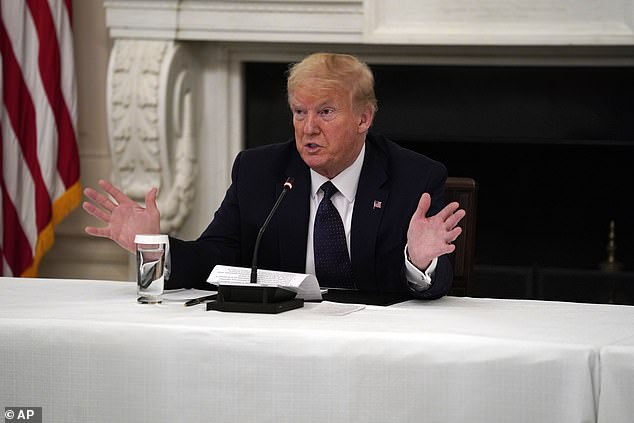 Hydroxychloroquine has potentially serious side effects, including to the heart

He said he’s confident in the drugs because he’s heard good things about them.

‘Here’s my evidence. I get a lot of positive calls about it,’ he said.

Hydroxy has potentially serious side effects, including altering the heartbeat in a way that could lead to sudden death, and the FDA has warned against its use for coronavirus infections except in formal studies.

The president shrugged off reports of its side effects.

‘You’re not going to get sick or die,’ he said about taking the medication. ‘I’ve taken it about for a week and a half now. And I’m still here.’

A study released last Monday showed hydroxychloroquine does not work against Covid-19 and could cause heart problems.

It was published in the Journal of the American Medical Association and follows an earlier study in the New England Journal of Medicine that also showed the drug doesn’t fight the virus.

Additionally, the US Food and Drug Administration and the National Institutes of Health issued warnings about using the drugs for coronavirus patients. 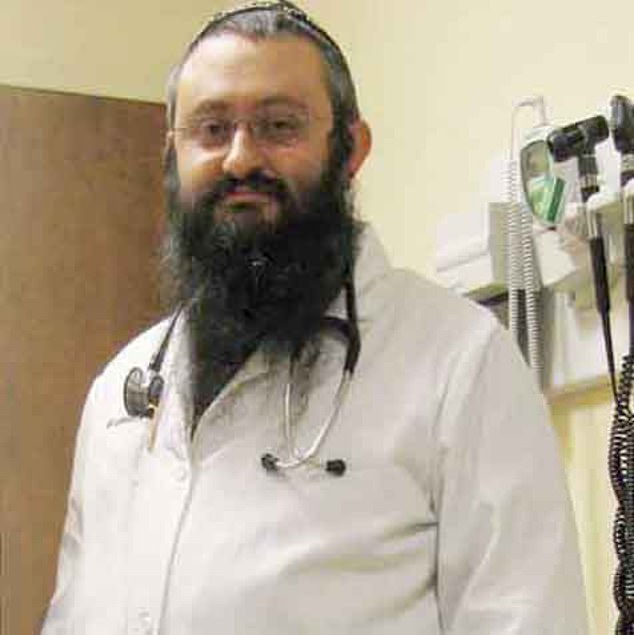 Trump said a doctor wrote to him about hydroxy and his description fits that of Vladimir Zelenko, a New York doctor who is being investigated by prosecutors

The president said a doctor in New York wrote to him about treating his patients with both hydroxy and the z-pack.

He did not mention a name but the description fits that of Vladimir Zelenko, a New York doctor who has promoted hydroxy as a coronavirus treatment and has been touted by Fox News host Sean Hannity.

Federal prosecutors are examining Zelenko’s records after conservative commentator Jerome Corsi, accidentally sent an email intended for Zelenko to another ‘Z’ name in his address book — federal prosecutor Aaron Zelinsky, who as a member of special counsel Robert Mueller III’s team who examined Corsi’s activities during the 2016 presidential election, according to The Washington Post.

Zelinsky is tasked now with investigating coronavirus-related crimes in the Maryland U.S. attorney’s office, including fake cures for the disease.