‘I still want my son to play for Yorkshire’: Asians decry race row engulfing their beloved cricket club as they welcome chairman’s decision to step down

British Asians living in Yorkshire have said they still want their children to play for the county despite the racism row engulfing the club.

Azeem Rafiq reported allegations that his team mate Gary Ballance had used an unacceptable racial slur relating to his south Asian heritage, which officials in Yorkshire had dismissed as ‘banter’.

Rafiq alleged that former England and Yorkshire batsman Gary Ballance was responsible for the abuse. Ballance has apologised to

The row saw sponsors abandon the county and has led to resignations of senior officials involved in the botched investigation.

Despite the controversy, British Asians living near Headingley, say they will continue to support the club. 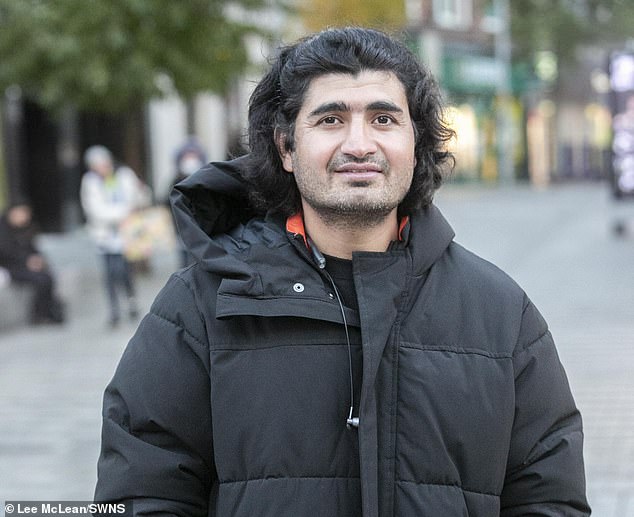 Zabiullah Javeed Iqbal, 37, who owns a market stall in Leeds, said he hopes his son, who is a fast bowler, will one day play cricket for Yorkshire 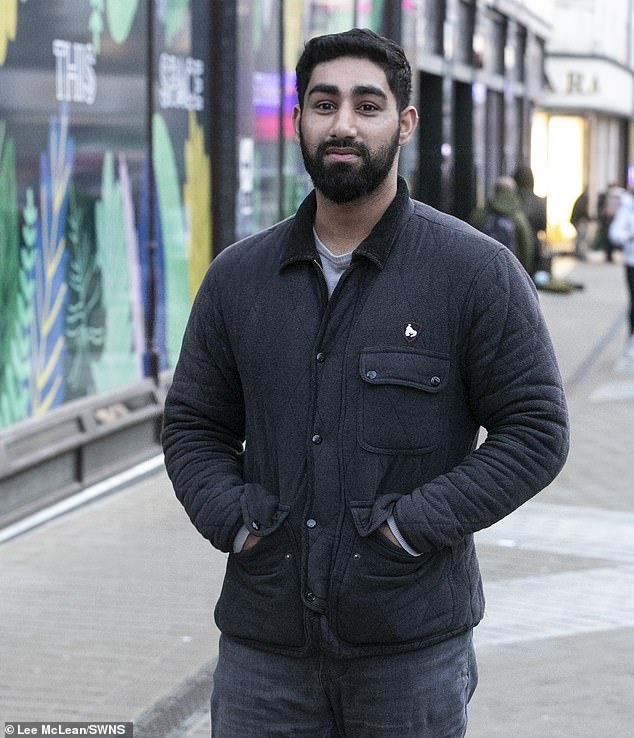 Amar Rashid, pictured, said it is welcome that the chairman of Yorkshire has stepped down but thinks he should have gone before the county lost most of its sponsors

He said: ‘There is racism, it exists in society, but its not fair to judge everybody based on the actions of a few people.

‘It’s terrible what Azeem Rafiq has gone through and it’s only right that the chairman has stepped down.

‘Not everybody is racist and you can’t think that if it happens to one person that everyone is the same.

‘My son is a good little fast bowler, I’m hoping he can play for Yorkshire one day.

‘I have told him if you have a talent, nobody can stop you.’

Amar Rashid, who works in insurance, said: ‘It’s not acceptable at all to use that language. Everybody should be treated equally.

‘Some people might take it as banter, but it’s a very sensitive subject, it’s a racial slur at the end of the day. It’s the same as calling somebody the N word.

‘I see the chairman has stepped down today, I think that was the right thing to do, but it isn’t great that it took for all the sponsors to backout before action was taken.

‘I don’t think Britain is a racist country, I haven’t experienced racism myself. I have friends who have, but obviously with it being a high profile sportsman it’s a big story.

‘Everybody is completely different, you might get 99 per cent of people who are lovely and just one or two that are racist, but you can’t hold everyone accountable for the actions of that person.’ 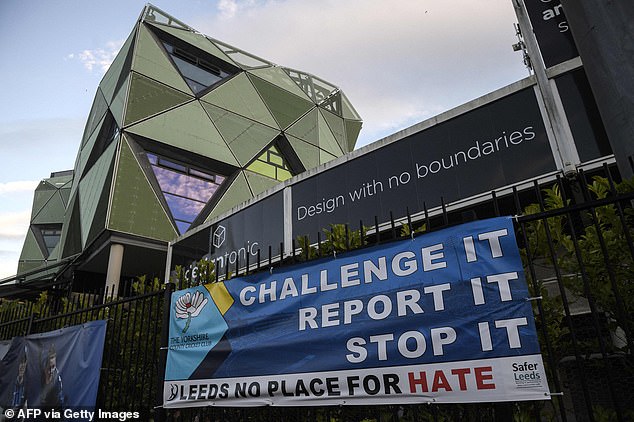 Roger Hutton, Yorkshire’s chairman has stepped down with immediate effect to be replaced by Lord Kamlesh Patel, a former England and Wales Cricket Board member

On Wednesday, Ballance admitted using a racial slur against Rafiq when they were teammates at Yorkshire, but said ‘this was a situation where best friends said offensive things to each other which, outside of that context, would be considered wholly inappropriate’.

Lord Kamlesh Patel has been installed as the new chair of Yorkshire following the resignation of Roger Hutton over the Azeem Rafiq racism crisis that threatens to amplify amid fresh allegations.

Hutton left his post with immediate effect, calling for the likes of chief executive Mark Arthur and director of cricket Martyn Moxon to follow his lead.

Speaking to the PA news agency at his home, Moxon said: ‘There’s a new chair in place, it’s entirely in his hands what happens now.’

Two men who have stepped down are board members Hanif Malik and Stephen Willis, while another, Neil Hartley, will leave after facilitating a period of transition.

Lord Patel of Bradford, a former England and Wales Cricket Board board member and chair of the governing body’s South Asian advisory group, has accepted the task of dragging the county back from arguably the darkest chapter in its long history.

He said: ‘I’m looking forward to taking this club forward and driving the change that is needed. The club needs to learn from its past errors, regain trust and rebuild relationships with our communities.

‘There is much work to do, including reading the panel’s report, so we can begin the process of learning from our past mistakes.’