British heritage railways are facing service cuts just as the Easter peak season approaches due to a critical shortage of coal.

The closure of British coal mines, along with Russia’s invasion of Ukraine, have plunged British heritage railway operators into uncertainty over coal supply sources.

Ffos-y-fran, near Merthyr Tydfil, Wales, was the last coal mine to supply steam trains with lumped coal, but this source has been stymied with the pit winding down production as it prepares to be permanently shuttered, according to the Guardian.

Paul Lewin, of Ffestiniog and Welsh Highland Railways, said: ‘UK coal for steam trains has now gone and our next supply source was to be Russia, which is now off the table for totally understandable reasons.

‘It is a very serious problem.’ 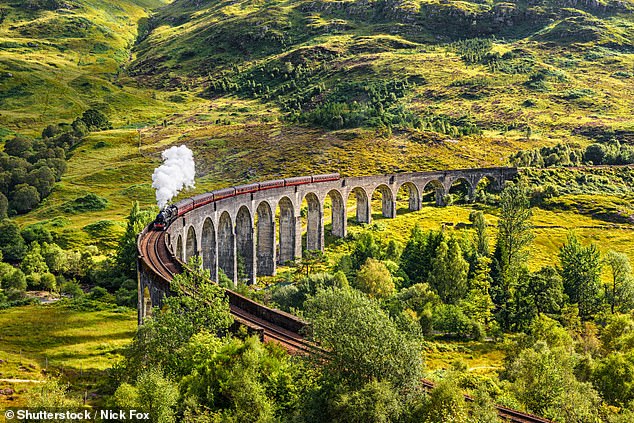 British heritage railways are facing service cuts just as the Easter peak season approaches due to a critical shortage of coal, caused by the closure of British pits and Russia’s invasion of Ukraine. Pictured: A Jacobite steam train on the Glenfinnan Railway Viaduct in Scotland

The UK’s 150 heritage rail companies, operating 560 miles of track between them connecting to 460 stations, will be forced to operate fewer but longer trains while at the same time slashing capacity at times when demand is lower.

Australia and Colombia, meanwhile, have been identified as candidates for coal imports going forwards – with the fuel source still an important input not only in the heritage railway sector but also in the cement and steel industries.

However, finding an international supply of coal with the characteristics needed to serve Britain’s 19th century relic steam trains could prove challenging, according to James Shuttleworth of West Coast Railways, the company that provided the steam trains the Hogwarts Express in the Harry Potter films.

Mr Shuttleworth told the Guardian: ‘You need coal that burns with a high calorific value for steam trains like ours and UK mines provided that.’

‘It was absurd to close every British mine at a time when our steel and cement industries also still need coal and to rely, instead, on imports.

‘We are paying the price for that decision today.’

Worth an estimated £500million annually to the UK economy, mainly through the tourism they drum up, Britain’s heritage railways take millions of tourists on trips every year.

Heritage steam trains range from Jacobite engines operating on the Network Rail track from Fort William and Mallaig, Scotland, to privately owned trains that go up and down tracks of only a mile or two in length.

Chris Austin, secretary of the all-party parliamentary group on heritage railways, said: ‘Heritage railways are worth protecting because they are popular.

‘They are relaxing to travel on and the journeys provide educational experiences.

‘For good measure they produce relatively little carbon dioxide compared with the emissions produced by an average holiday jet flight.

‘They are also especially important to the nation because railways were Britain’s gift to the world. 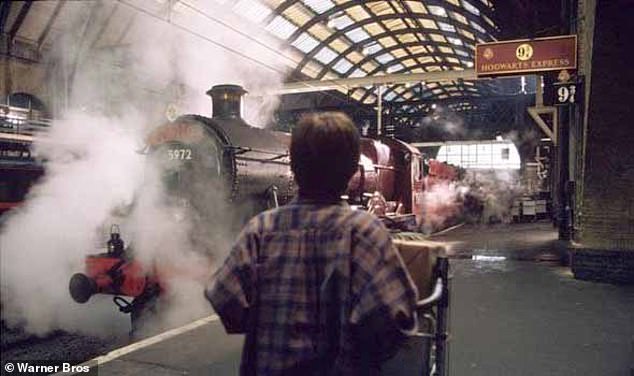 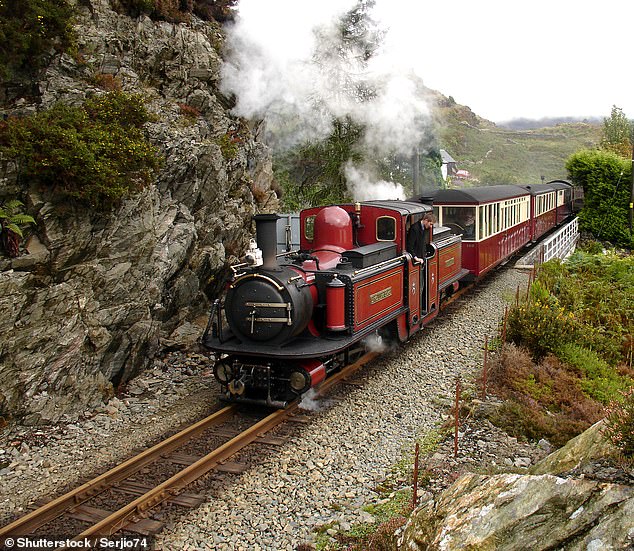 The UK has 150 heritage rail companies, operating 560 miles of track between them connecting to 460 stations. Pictured: A steam narrow gauge train going from Blaenau Ffestiniog to Porthmadog, Wales

‘They were invented and developed here and exported all over the globe.

‘They changed the world and are linked tightly to our history.’

Smokeless fuels are being trialled in some parts of the heritage railway sector, blended up from a mix of anthracite, coal dust and molasses.

It is unclear so far how viable this smokeless concoction could be, with concerns raised as to the substance’s effect on delicate parts of the locomotives, like their fireboxes and boiler tubes.