Sandgropers have always been fierce defenders of the state’s unique identity, which was never more keenly felt than during the pandemic. 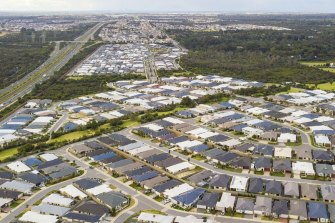 But are our lives really that different compared to our eastern cousins?

There are plenty of similarities. The median age is the same at 38 and marriage and divorce rates follow similar trends, but census data reveals demographics do diverge in some interesting areas.

Blimey, get the Marmite

WA remains the number one destination for English ex-pats.

About 7.4 per cent of the WA population was born in England – roughly 196,000 people – compared to the Australian average of 3.6 per cent.

The next closest state was South Australia, where the English made up 5.3 per cent of their population.

About 37.6 per cent of WA’s population claim English ancestry, compared to the Australian average of 33 per cent.

Drilling into local government areas, the highest concentrations of English people were in the cities of Joondalup and Wanneroo, which had more than 48,000 ex-pats between them.

WA is also a magnet for our trans-Tasman cousins, with 2.8 per cent born in New Zealand.

The City of Rockingham had the highest rate of Kiwis at 6606 residents.

Indian-born people made up 2.3 per cent of the state while WA’s South African population was 1 per cent higher than the national average at 1.7 per cent.

WA’s addiction to low-density urban sprawl continues to be felt in census figures.

At 1 million dwellings counted, the state has increased its housing and unit stock by about 100,000 since the 2016 census.

About 79.7 per cent of those dwellings are standalone houses compared to the national average of 72.3 per cent.

Car ownership is also higher in WA compared to the national average.

Only 4.9 per cent of West Australians don’t own a vehicle, compared to 7.3 per cent Australia-wide. Two of every five households own two or more vehicles.

Home of the cashed-up bogan

Thanks to WA’s mining industry, the state boasts the biggest take-home pay packet of the nation.

At the time of the census, individuals were earning $43 more than the national average of $805 per week.

Families were $94 better off than the national average of $2120.

Unsurprisingly, affluent western suburbs councils had the highest incomes in the state.

In Cottesloe, one in five people earned more than $3500 per week.

In Peppermint Grove, one in four people earned that much but, interestingly, 14 per cent of people earned “no income” – the highest number of any area.

Gosnells was the council area with the least number of people earning more than $3500 a week at 1.31 per cent, closely followed by Kwinana at 1.33 per cent.

Pay packets have seen a big increase since 2016 when the individual weekly income was $724 for individuals and $1910 for families.

WA was beaten by the territories, however, with the average weekly pay packet for individuals in the Northern Territory reaching $936, and $1203 in the public servant haven of the ACT.

West Australians are losing their religion at a faster rate than the national average.

The national average is 38.4 per cent.

Christianity remains WA’s largest religious cohort at 41.1 per cent, but that has decreased significantly over time.