Communities in Washington were left shaken this week when a 1-year-old boy was shot and killed while riding in a vehicle and are calling for an end to the violence.

The toddler, Carmelo Duncan, was inside a vehicle with his father and another child Wednesday night around 9:35 p.m. when multiple shots were fired from another car, police said. Duncan was struck several times and died at a hospital. The father and other child were uninjured.

The shooting is the latest in surge of violent crime during which murders reached a 15-year high throughout the nation's capital.

Duncan's killing in the Marshall Heights neighborhood marked a grim milestone for the city, which has experienced 187 homicides this year as of Friday, according to figures from the Metropolitan Police Department. The last year homicides reached that mark was 2005 when there were 196 killings in the city.

MARINES IN DC RESCUE WOMAN TRAPPED UNDER CAR: 'THEIR ACTIONS WERE INTEGRAL' 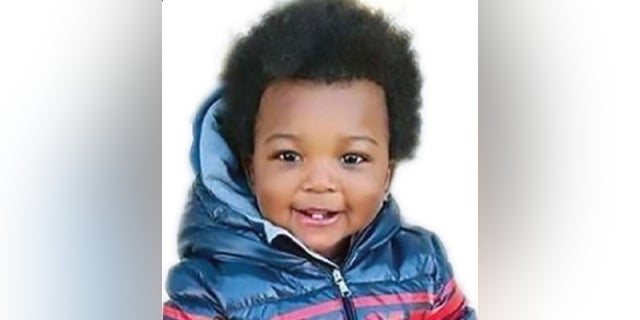 Carmelo Duncan was killed Wednesday night while riding in a vehicle. Authorities said he was struck by bullets coming from another vehicle.
(FBI)

Duncan is one of several children to be victims of gun-related deaths this year.

"Carmelo was the youngest homicide victim of gun violence in the city this year,"  police Chief Peter Newsham said.

On July 4, Davon McNeal, 11, was killed at a community cookout when he was caught in the middle of a neighborhood dispute and was shot by a stray bullet. Weeks later, a 4-year-old girl was shot in the face while at home. She survived.

“There are simply no words for the sense of outrage that we should all feel,” said Mayor Muriel Bowser during a Thursday press conference while addressing Duncan's death. "The other pandemic, epidemic, that we have to respond to is this sense of hopelessness of kids with guns that will kill other kids."

In a tweet, Black Lives Matter DC addressed the killing, saying communities are bound to "love and protect one another."

"There is no way to express the deep agony caused by losing a child. No one can ignore the anger the murder of a child ignites," the post read. "WE, the community, have a duty to love and protect one another. #WeKeepUsSafe is much more than a hashtag. It’s a way of life."

The group did not respond to inquiries from Fox News.

In response to Duncan's death, dozens of people marched near the area where he was killed Thursday to call on witnesses to come forward.

"Don't sit in your houses and say, 'I wish I would have went out there,'" radio DJ Dirty Rico Scott yelled over a bullhorn, WUSA-TV reported. "Get out here!"

"We cry, we do the hashtags, we bury the babies and then the phone calls stop and we repeat the cycle," he said.

Messages to Scott, Gaston and Duncan's mother, Taquana Duncan, were not returned. No arrests have been made in Duncan's killing. The FBI and the Bureau of Alcohol, Tobacco, Firearms and Explosives are assisting in the investigation.

Delia Houseal, the chairwoman of the ANC in Marshall Heights told The Washington Post the shots that killed Duncan woke her up.

"There has been a lot of shootings in our area for the past couple of days now," she said.