Former special forces soldier Ben Roberts-Smith’s reputation was destroyed by a campaign fuelled by bitter and jealous soldiers who made allegations of war crimes to The Age and The Sydney Morning Herald, his barrister has alleged on the first day of his high-stakes defamation trial.

Sydney defamation barrister Bruce McClintock, SC, acting for Mr Roberts-Smith, told the Federal Court on Monday that the case was about “courage, devotion to duty [and] self-sacrifice”, on the one hand, and “dishonest journalism, corrosive jealousy and lies”, on the other. 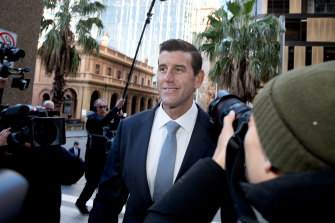 Ben Roberts-Smith walking into Supreme Court for his trial.Credit:Edwina Pickles

Mr McClintock said Mr Roberts-Smith’s reputation had been destroyed by a campaign led by “bitter people” in the Special Air Services who were “aided by credulous journalists”.

He alleged “a number of soldiers had developed enormous jealousy towards my client”, and “some might call it tall poppy syndrome; others might call it jealousy”. Some soldiers might have “false memories because of the trauma”, Mr McClintock added.

Mr Roberts-Smith, a Victoria Cross recipient, launched the defamation lawsuit in 2018 over reports that he says accused him of murder during his 2009 to 2012 tour of Afghanistan. As well as the two media outlets now owned by Nine, he is also suing three journalists and The Canberra Times, now under separate ownership, over an allegation that he committed an act of domestic violence against a woman with whom he was having an extramarital affair. 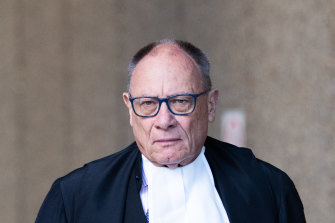 The media outlets are relying chiefly on a defence of truth. The trial is expected to run for up to 10 weeks.

In a lengthy opening address that is expected to continue into Tuesday, Mr McClintock quoted former British Prime Minister Winston Churchill, who is said to have remarked: “We sleep soundly in our beds because rough men stand ready in the night to visit violence on those who would do us harm.”

He said Mr Roberts-Smith was an exceptional soldier; competent in battle and effective in killing. Some in the community might “blush” at the characterisation of killing as a virtue, he said, but, if so, their quarrel was with the government who sent young people to war.

Battle, he said, was not like a “computer war-game” where soldiers got their lives back at the end of the game.

Mr Roberts-Smith killed many insurgents, he said, as did other Australian soldiers.

“War is violent,” Mr McClintock said, and “the simple fact is that some who have reported on matters concerning my client have forgotten that fact … in their rush to tear him down.”

He said the soldiers had “no way of knowing” whether a person was an insurgent or an ordinary villager in Afghanistan because “they didn’t wear uniforms; they didn’t carry a sign saying ‘insurgent’.”