Refugees and asylum seekers who have detained for more than a year at a motel in Melbourne’s northern suburbs will be moved to another location by the Australian Border Force.

About 60 men have been detained at the Mantra Bell City hotel in Preston since they were evacuated from offshore detention on Manus Island 16 months ago to receive medical treatment. 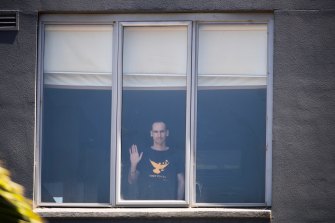 A refugee at the Mantra Motel in Preston last week.Credit:Luis Ascui

The Age reported this month that Border Force's contract with the Mantra was due to end on December 31.

At a meeting on Monday afternoon, Border Force officers told the men that they would be moved to another facility.

Lawyer Alison Battisson, who represents some of the men who have been held at the Mantra, said they were upset by the announcement after rumours swirled on Monday that they would be released.

“As always, the person delivering the message didn’t have any details,” Ms Battisson said. 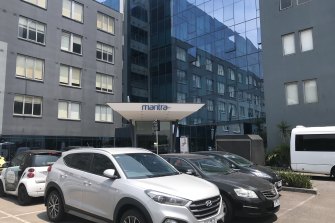 The Mantra is Preston is being used to detain asylum seekers.Credit:Jason South

“That is an absolute tactic by the department to keep people in the dark about their circumstances, which is very sad.”

It’s not known when the men will be moved or to where.

The Age revealed this month that another suburban motel, the Best Western in Fawkner, has been used as a detention facility since at least June.

Last week a handful of men were released on visas from Mantra and the Melbourne Immigration Transit Accommodation centre in Broadmeadows.

Refugee Mostafa “Moz” Azimitabar tweeted the announcement on Monday saying the men would be moved to another detention facility soon.

Home Affairs has been contacted.