Wheelchair-bound friend, 73, of Jimmy Savile took paedophile star’s advice to ‘never do anything for nothing’ then forced young boy to perform a sex act on him and bought him a new scooter

Michael Wise, 73, claims he was told ‘never do anything to nothing’ by the ‘Top of Pops’ and ‘Jim’ll Fix It’ presenter, who, after his death, was accused of abusing hundreds of young victims.

After listening to Savile and believing it to relate to sex, wheelchair-bound Wise, who has cerebral palsy,  convinced a young boy to perform a sex act on him by offering to buy him a scooter. 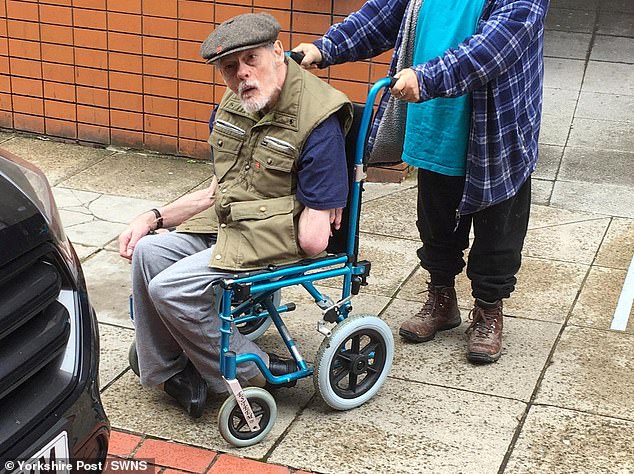 Michael Wise, pictured outside Leeds Crown Court, knew the shamed broadcaster for years, forced a young boy to perform a sex act on him, then bought him a new scooter

When the boy tried to tell his family about the abuse, which took place in the 1980s, he was taken into care.

His victim later turned to drugs, alcohol and crime, before mustering up the courage to confront Wise about his actions.

He later sent his abuser an email, which sparked Wise to apologise and offer himself to the police.

Yesterday, Wise, of Holmfirth, West Yorks, was given a suspended sentence at Leeds Crown Court, after pleading guilty to gross indecency with a child under the age of 14.

Prosecutor Paul Reid said that on multiple occasions the defendant trapped the boy between his legs and groped him, but he was too young to think anything of it and carried on helping him.

He said the victim remembers being brought by the defendant to Savile’s home for dinner and his friends being jealous at the time.

Mr Reid said Wise and Savile were friendly, adding: ‘Savile had one time ‘fixed it’ for the defendant to obtain his first car.’

Once the defendant, who was sitting naked in his wheelchair except for a blanket over his lap, said he would get the boy a scooter in exchange for a sexual favour, which the boy carried out.

Later that day, the defendant bought the victim a scooter. 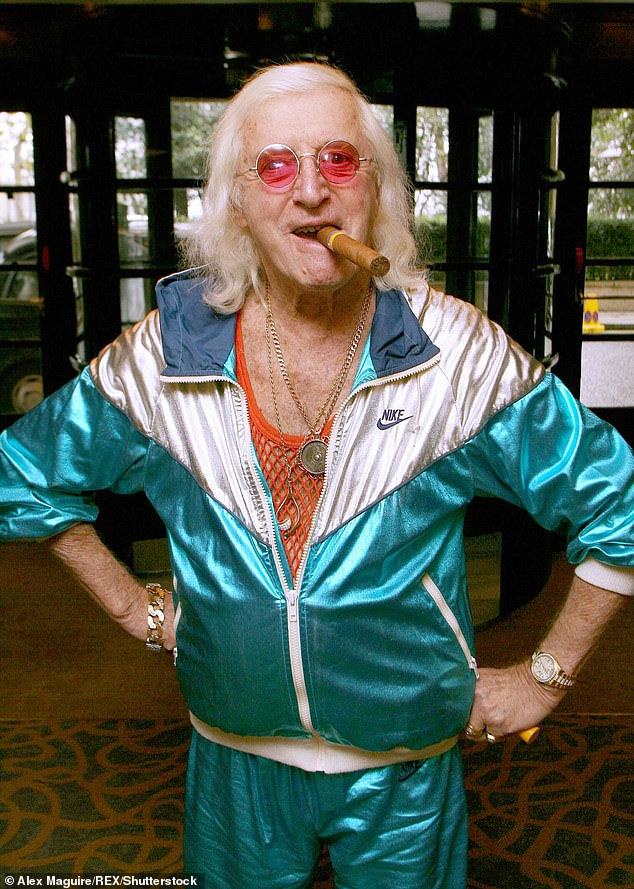 The court heard Wise flaunted his friendship with Jimmy Savile, pictured, to impress the young boy at the height of the latter’s fame more than 30 years ago

As an adult, the victim emailed the defendant asking him if he remembered the offence.

The defendant replied saying: ‘That was a terrible thing to do and I am truly sorry.

‘I can’t right the past. Shall I phone the police and make a confession? I feel guilty and hate myself.’

The victim went to the police in March 2019. In his first police interview with an appropriate adult, Wise made no comment, before requesting a second interview.

Mr Reid said: ‘The defendant said he was an acquaintance of Savile, who had told him, ‘Never to do anything for nothing’ – which he understood to be an inference in a sexual context.’

In a statement, the victim said: ‘Michael used his many friendships with famous people and disability to get whatever he wanted.

‘Telling the truth did me no favours. I was depressed and alone and was branded a liar. I started acting up and asked to be put in care.

‘Things were no better there than at home.’

He continued: ‘Michael can never give me back my childhood. I always felt like an outcast.’

The victim said he left school without any qualifications and turned to alcohol, drugs and crime and the abuse has affected his relationships with his partner and his children, adding: ‘I will never forgive or forget what Michael did no matter how much time passes.’

Jeremy Barton, mitigating, said his client’s disability meant he had a ‘limited ability to relieve himself’. 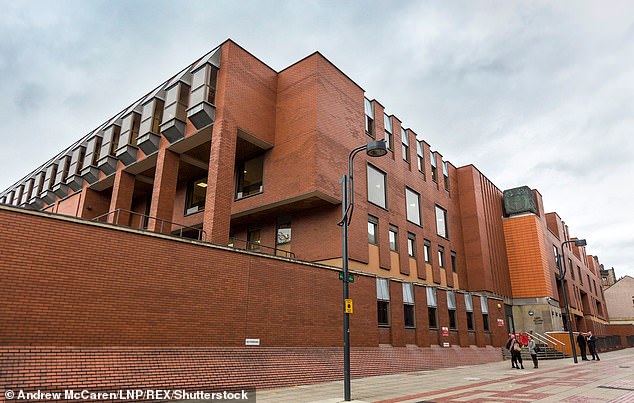 Yesterday, Wise, of Holmfirth, West Yorks, was given a suspended sentence at Leeds Crown Court, after pleading guilty to gross indecency with a child under the age of 14

He said Wise is genuinely remorseful, adding: ‘It was a relief for him to be able to admit and say sorry for what he had done.’

Mr Barton said the defendant, who has no children, relies on a carer who attends his home twice a day.

The defendant was also made subject to an indefinite sexual harm prevention order.

Sentencing, the judge said: ‘From time to time, you used to touch him between his groin.

‘It may be that that was all innocent. But the subject of the charge was not innocent. It was for your sexual gratification.

‘You used that little child to achieve that.

‘He left home and went into care. The lives of such victims are derailed by an event of this type. 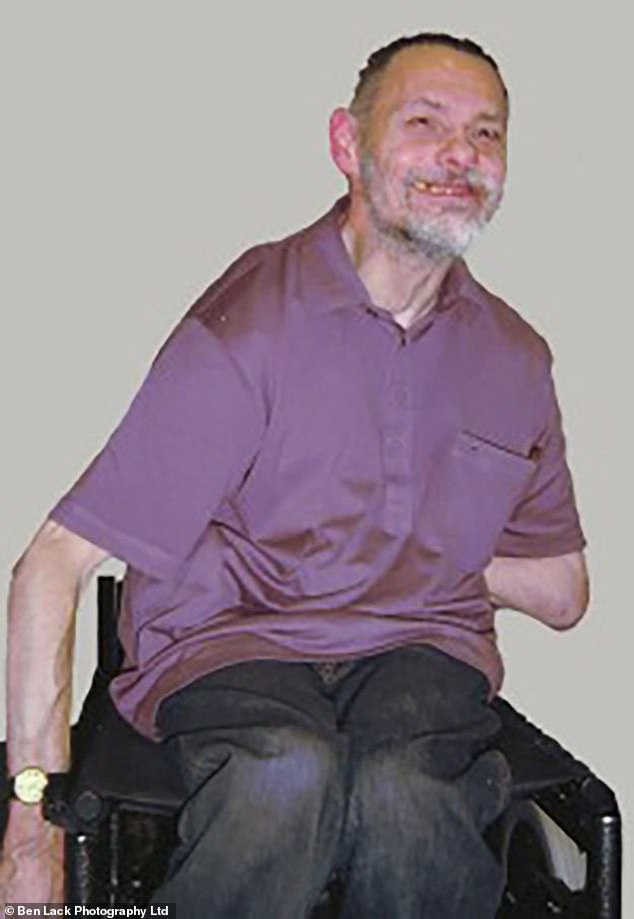 ‘I am sure you did not have that intention in mind to cause such damage but that is a natural consequence of the offending.

‘[An adult] man with children of his own still finds it difficult to cope with the abuse that took place many, many years ago.’

The depraved actions of Wise’s friend Jimmy Savile were revealed following his death in 2011, aged 84,

Savile molested 72 victims at the BBC and was still abusing women in 2006 aged 79 when the corporation brought him back to host the last ever Top of the Pops, it emerged in 2016.

The ‘monstrous’ entertainer indecently assaulted a woman after filming the episode with presenters Edith Bowman and Reggie Yates, a report revealed, as further details of the shamed Jim’ll Fix It star’s heinous crimes were made public.

Savile’s horrific reign of abuse dated back to 1959 when he raped a 13-year-old girl, before attacks followed ‘in the corridors, canteens, staircases and dressing rooms of every BBC premises’.

Other vile crimes exposed included the rape of both a virgin teenager in a hotel and a 15-year-old work experience girl he met in the BBC canteen over a cup of tea.

Twenty one of Savile’s female victims were aged 15 or younger, the youngest being eight, while young boys – including an eight-year-old – were also preyed on by the depraved monster.

What were the key findings of the independent inquiry into Savile? 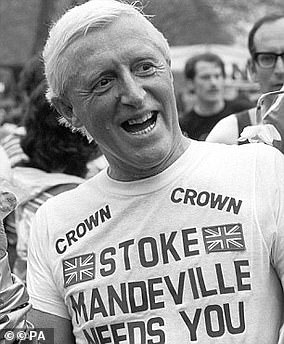 Related posts:
LyfeStyle News:
Rays stun Dodgers in wild Game 4 comeback to tie up World Series
One photo perfectly encapsulates the beauty of MMA as Justin Gaethje consoles Khabib Nurmagomedov in the Octagon
Strictly’s Jamie Laing causes a stir with his tight trousers
Conor McGregor sends Khabib Nurmagomedov classy message after UFC retirement and vows to carry on lightweight division
UFC 254 viewers fume as referee MISSES Justin Gaethje tapping to Khabib Nurmagomedov leaving him out cold in huge gaffe
Recent Posts
This website uses cookies to improve your user experience and to provide you with advertisements that are relevant to your interests. By continuing to browse the site you are agreeing to our use of cookies.Ok