The parents of U.S. Marine veteran Trevor Reed, who is serving a nine-year prison sentence in Russia, are demanding proof that their son is still alive after they have been unable to contact him for several days.

They’ve also renewed demands for the Biden administration to intervene and bring the American home.

As war in Ukraine has waged on more than 40 days, Reed’s parents say they fear their son’s health is rapidly declining in prison, suggesting he may become “the next Otto Warmbier.” Warmbier was an American college student when he was imprisoned in North Korea in 2016 and eventually transported home with severe brain damage.

Reed has been jailed in Russia since his arrest in 2019 on charges he assaulted Moscow police officers who were driving him to a police station after picking him up following a night of heavy drinking at a party. He was convicted in 2020 and sentenced to nine years in prison.

Since then, Biden administration officials have repeatedly called for the release of Reed and Paul Whelan, a corporate security executive from Michigan jailed in Russia on espionage-related charges his family says are bogus. The White House says both men are being wrongly detained. 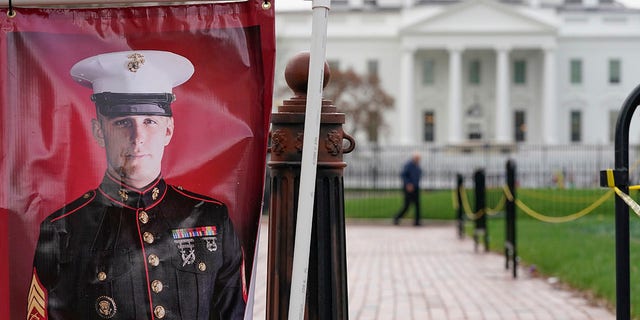 In a statement released Wednesday, the Marine veteran’s parents said Reed’s last proof of life was April 1 when Russian authorities allowed him to call his girlfriend. Five days then passed without any updates on Reed’s “rapidly declining health,” his parents said, adding that “with each passing hour, we are more and more worried that something terrible has happened.”

“To be clear, we are unable to confirm Trevor was even transferred to the ‘prison hospital,’ nor can we confirm he has ended his hunger strike, nor that he has received any real medical care as Russian officials have claimed,” the family said in a statement released by their spokesman Jonathan Franks. 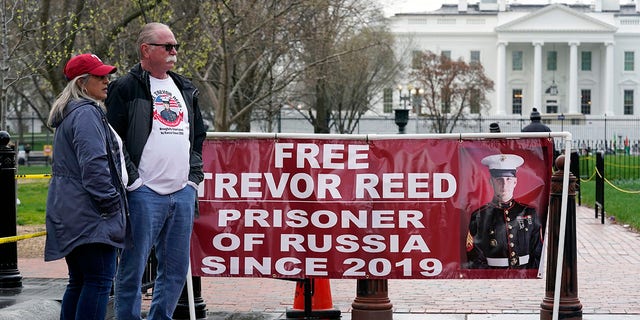 The last time Reed was silent while allegedly in the hospital was when Russian authorities claimed to have accidentally misplaced him for nine days in the psychiatric ward at the infamous Butyrka prison, the family said. During that time, Reed “was badly mistreated and held in shocking conditions with dangerous inmates, including murderers, in a cell with walls covered in feces,” the family added.

“We believe there is a rapidly closing window for the Biden administration to bring our son home,” they said. “Our son is out of time. We are again calling for the White House to do whatever it takes to bring Trevor home. Our view remains that a prisoner trade is the only way to bring Trevor home short term.”

“With each passing day lost to ‘deliberations,’ the risk of our son becoming the next Otto Warmbier grows significantly,” the statement added. “We are urgently calling on the Russian government to provide proof of life and resume allowing Trevor to call us. Our son is critically ill. This is not the time for cruelty for cruelty’s sake.”

Joey and Paula Reed of Granbury, Texas, traveled to Washington, D.C., last week and met with President Biden in the Oval Office. White House press secretary Jen Psaki confirmed the meeting and said the president’s national security team would remain in contact with the Reeds.

“To the Russian Govt: Please let us speak to our son so we know he is alive and his condition,” the account Free Trevor Reed tweeted on Thursday. “To the US Govt: Bring Trevor Reed and Paul Whelan home now! You have the capability, Just Do It!”