A man sexually abused as a boy more than 50 years ago at a Geelong orphanage has told a court how thankful he is at being believed after years of struggle with his trauma.

Now in his 60s, the victim was 11 and 12 when abused by William Houston, then a Christian Brother and supervisor at St Augustine’s Boys Home in Highton, in the mid-1960s. He said he spent the following decades feeling damaged, hurt, angry, ashamed and unimportant. 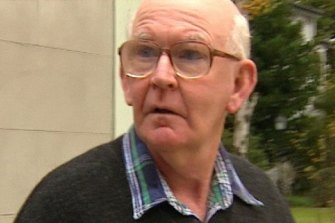 William Houston, pictured in 2002, is in jail and awaiting further sentence for abusing boys in the 1960s.Credit:Channel Nine

“What happened at St Augustine’s orphanage was just a short moment in time,” the man told the County Court on Thursday through tears.

“But the impact of those years have caused irreparable damage to me and my two wives and our children and grandchildren.

“What I’m most proud of though is that someone has taken the time to listen to me and now thanks to a justice system, what happened half a century ago will always be remembered in time and can never be forgotten.” 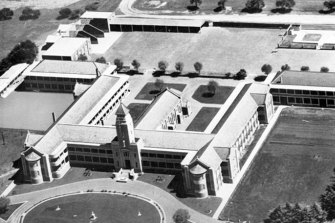 Houston, 82, is in prison after being sentenced five years ago for abusing six other boys at the orphanage and could now have his jail term extended.

Judge Mullaly found Houston guilty of buggery and three counts of indecent assault, for abusing two boys in their beds while saying goodnight to them.

Houston also told the first boy, who was sick at the time, to get into the man’s bed and then violently sexually assaulted him. In the morning Houston ordered the boy back to his own bed before others woke.

Judge Mullaly said he found the victims to be truthful and genuine witnesses who gave credible, reliable evidence. In contrast, he wasn’t persuaded by Houston’s evidence to deny the incidents happened.

The judge also found Houston not guilty of a second charge of buggery and struck out a fourth charge of indecent assault.

The first victim told Thursday’s pre-sentence hearing he was sent to the boys home when his mother couldn’t care for him and that Houston had “hurt me in every way possible” and inflicted a lifetime of pain that included alcoholism, troubles with the law and missed opportunities.

The second victim said the 1968 abuse left him frightened and abandoned at the orphanage, that he lost trust in others, developed an inability to connect with males and became a loner.

He believed he once had huge potential but struggled holding jobs as an adult, had been suicidal, avoided sport and social gatherings and was focused only on keeping his children safe.

“I just look back at my life and feel cheated. I look forward to the day where I can say I have dealt with it and can close the book on it,” he said.

Houston was in 2016 jailed for 12 years and nine months for abusing the six other boys and the earliest he can be released is April 2024.

Prosecutor Daryl Brown called for that non-parole period to be extended for Houston’s egregious offending and breach of trust against vulnerable wards of the state.

Defence counsel Alan Marshall said Houston was healthy for his age, made a “great contribution” helping others until he left the Christian Brothers in 2006, and faced a long delay between his offending and sentence.

But Judge Mullaly said the victims had suffered “gravely and silently”, whereas Houston had spent many years “untramelled” until his past caught up wth him.

The judge will sentence Houston on May 12.

Our Morning Edition newsletter is a curated guide to the most important and interesting stories, analysis and insights. Sign up here.