Germany CANCELS Oktoberfest due to coronavirus as the country reports steady number of new infections today with 1,785 new cases amid easing of lockdown restrictions

Germany’s Oktoberfest has been scrapped because of coronavirus, despite most of the country taking baby steps out of lockdown as the epidemic is wrestled back.

Despite being a €1billion money-spinner, the southern state of Bavaria, which has suffered the brunt of the country’s outbreak, this morning pulled the plug on the event due to take place from September 19 to October 4.

State governor Markus Soeder said after meeting Munich’s mayor on Tuesday: ‘We agreed that the risk is simply too high.’

He added that ‘you can neither keep your distance nor work with facial protection’ at the Oktoberfest.

The announcement came shortly after Germany reported new coronavirus cases rose by 1,785 to 143,457, marking a steady flow of infections. 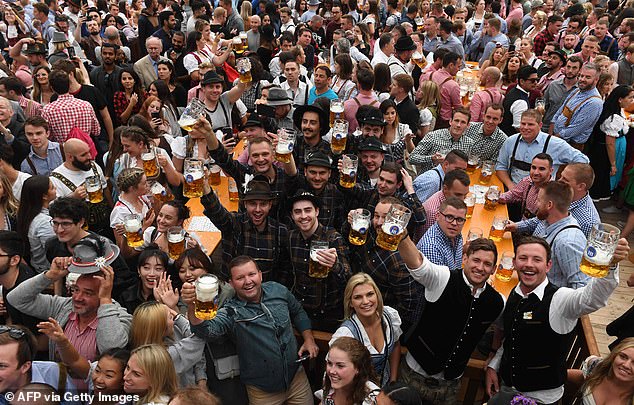 Germany ‘s Oktoberfest (event pictured last year) has been scrapped because of the coronavirus , despite most of the country taking baby steps out of lockdown as the epidemic is wrestled down 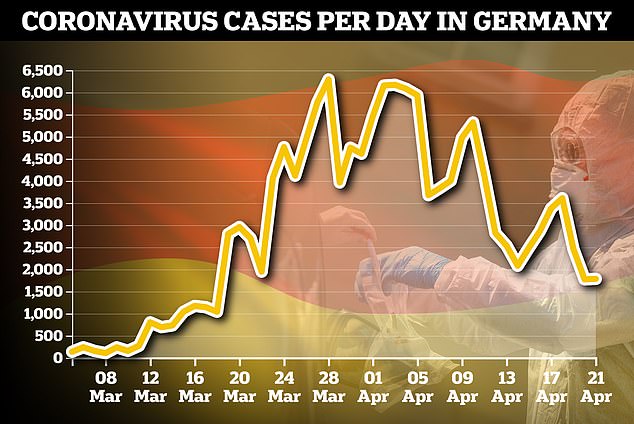 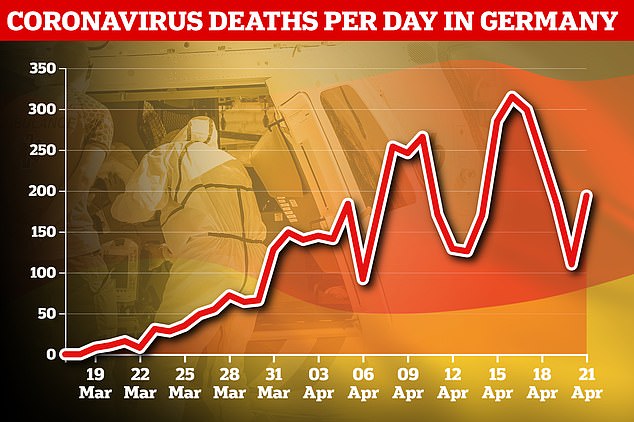 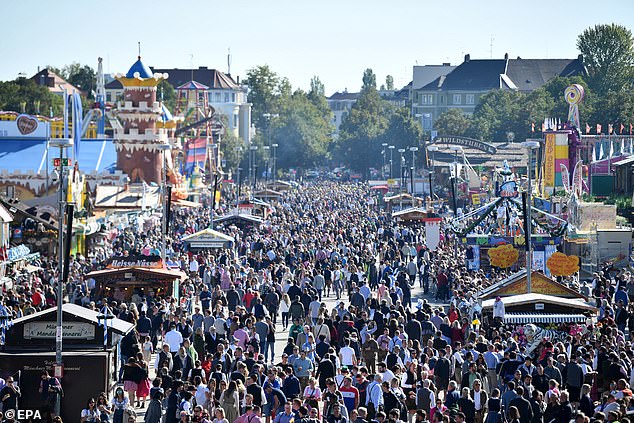 The planet’s largest folk festival brings six million revellers to Berlin each year for a beer-fuelled fortnight of merriness and oompah bands.

The number of new cases is 10 higher than yesterday’s daily figure of 1,775, and comes after two days of tumbling infection rates.

But the slight acceleration – 0.56 per cent – is unlikely to set alarm bells ringing in Berlin as, like many nations, cases are typically lower on Sunday and Monday because of a weekend reporting lag.

Deaths rose by 194 to 4,598, a markedly fatality toll compared to many European neighbours who are wrestling outbreaks which have killed more than 10,000.

Scientists have pointed to a rigorous testing and tracking regime as the root of the Germany’s success in stemming the tide of infections. 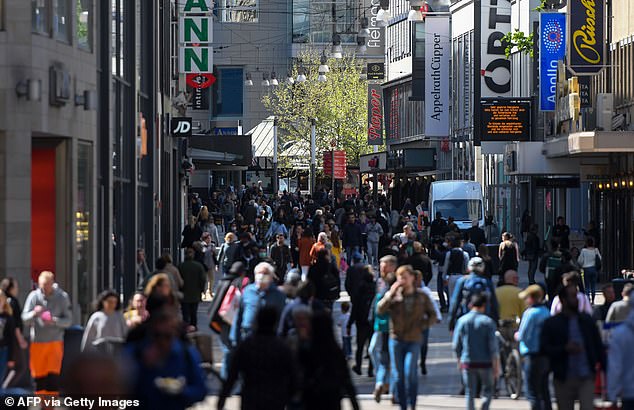 People walk past shops on a pedestrian street in Dortmund, western Germany as life begins to return to normal after shops reopen 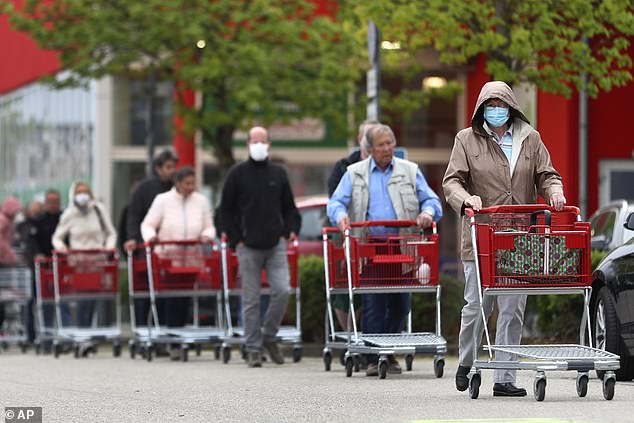 It has prompted state leaders in the federal republic to begin relaxing the widespread restrictions on everyday life.

Yesterday, retailers including DIY stores, bookshops, furniture stores and florists opened their doors to customers as Germans eased back into normality.

Angela Merkel, who has cautioned against suddenly flinging off the restraints, agreed with the 16 provincial authorities to the gradual lifting of the clampdown.

Schools will also be partially reopened in the coming weeks, with most states set to welcome back older students from May 4. Some pupils who have upcoming exams will return before then. 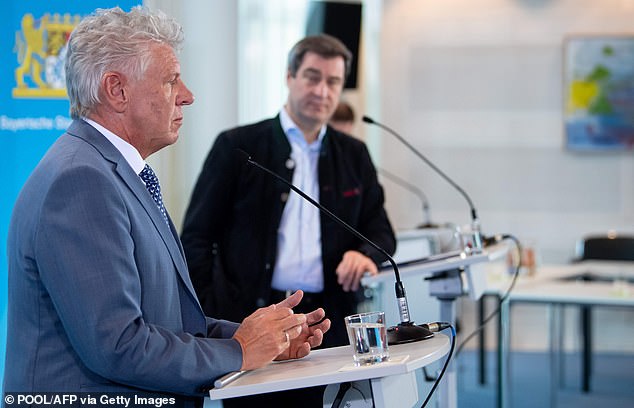 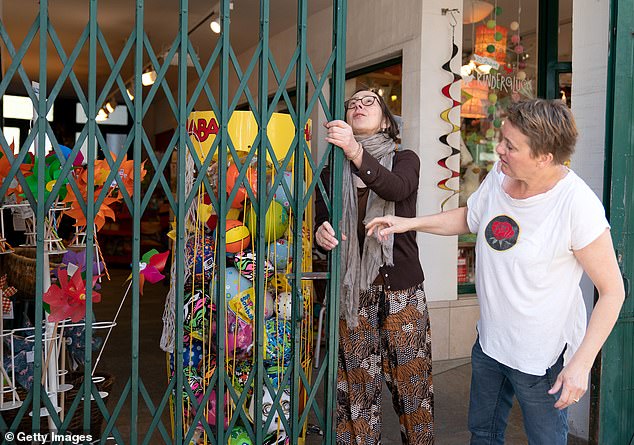 Staff at a toy store in Karlsruhe, Germany reopen their shop as the country begins to ease its coronavirus restrictions

Education policy is traditionally decided at state level in Germany, and Bavaria, the region worst hit by the virus so far, will keep its schools closed for an extra week.

A ban on gatherings of more than two people and a requirement to stand more than 1.5 metres (5ft) apart from others in public areas remain in force.

Cultural venues, bars, leisure centres and beauty salons will also remain closed for the time being, while large-scale public events such as concerts and football matches have been banned until August 31.

With larger shops unable to open, the German Trade Association warned on Friday of a possible ‘distortion of competition’.