A gym goer has pushed working out to a whole new level by bouncing on his elbows.

Footage shows the fitness-mad man racing through five different extreme press ups involving cross his hands and bouncing after a two-hour work out.

It was filmed in Herblay, on the outskirts of Paris, France, and has recently been shared on social media.

It comes as thousands of Britons turn to the internet as they hunt for new ways to stay in shape. 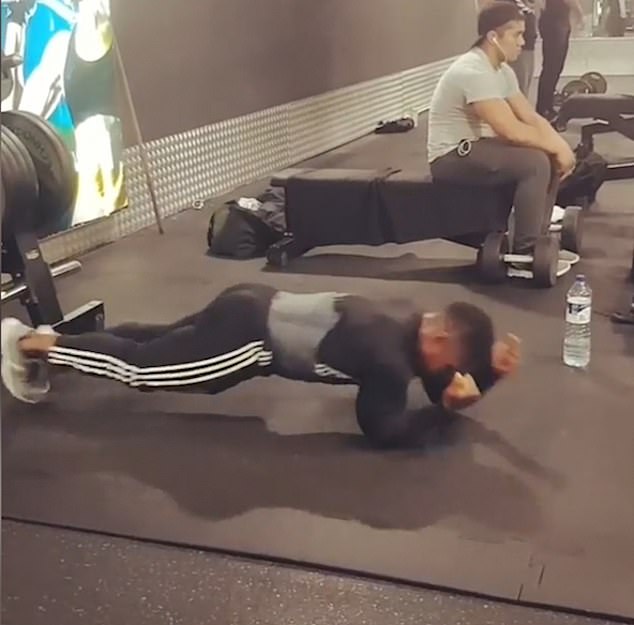 Footage showed the fitness fanatic trying out five different exercises at a gym in Herblay, France. It was filmed on December 24 but has recently been shared on social media 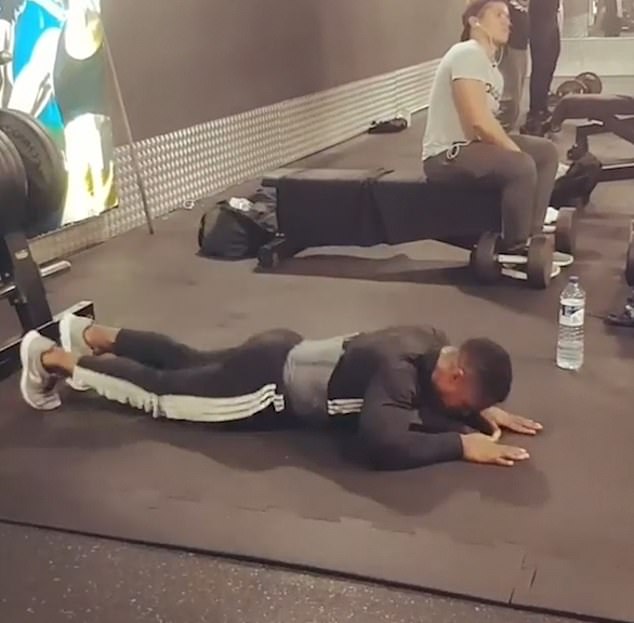 For one exercise, the man pushed himself completely off the floor in the gym

The epic 21-second clip, which appears to have been sped up, shows the man shifting his elbows backwards and forwards on the floor before lifting his whole body off the ground in a flying superman push up.

Seemingly not exhausted, he then flips to doing back-hand push ups and crosses his hands backwards and forwards before getting down on his forearms.

As if that wasn’t enough, he then balances on his elbows and walks up the matt on them – a movement that could be a variation of the bear walk.

As he exercises, a man sitting next to him appears to barely move. The clip was filmed on December 24, before French gyms were locked-down. 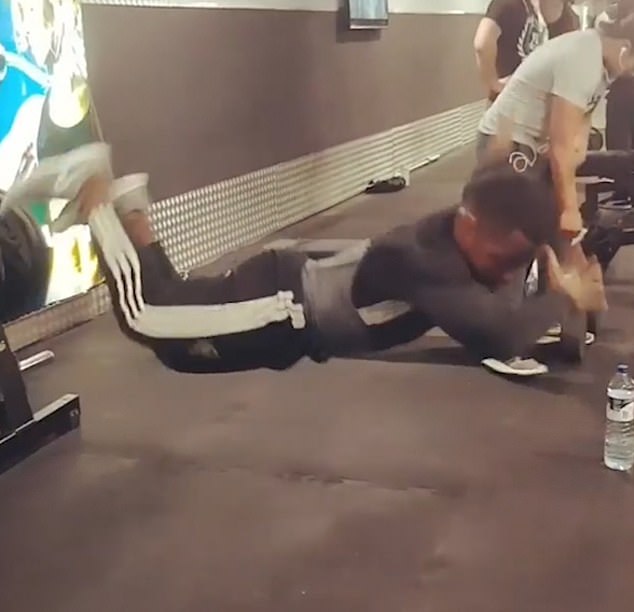 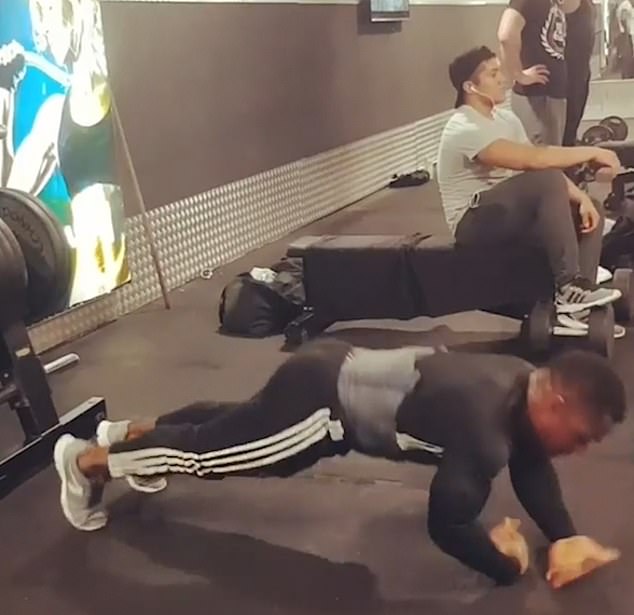 France has closed cafes, restaurants and public venues in response to the coronavirus crisis.

However, the country will start lifting restrictions from May 11 as prime minister Edouard Philippe warns citizens will have to ‘learn to live with Covid-19.’