THIS hilarious clip shows a "con-artist" dog, that copied its owner's limp, racing around the garden when he left the house.

Russell Jones, who was on crutches, spent £300 on vet bills for Billy, his limping lurcher – only to find out he was just copying him. 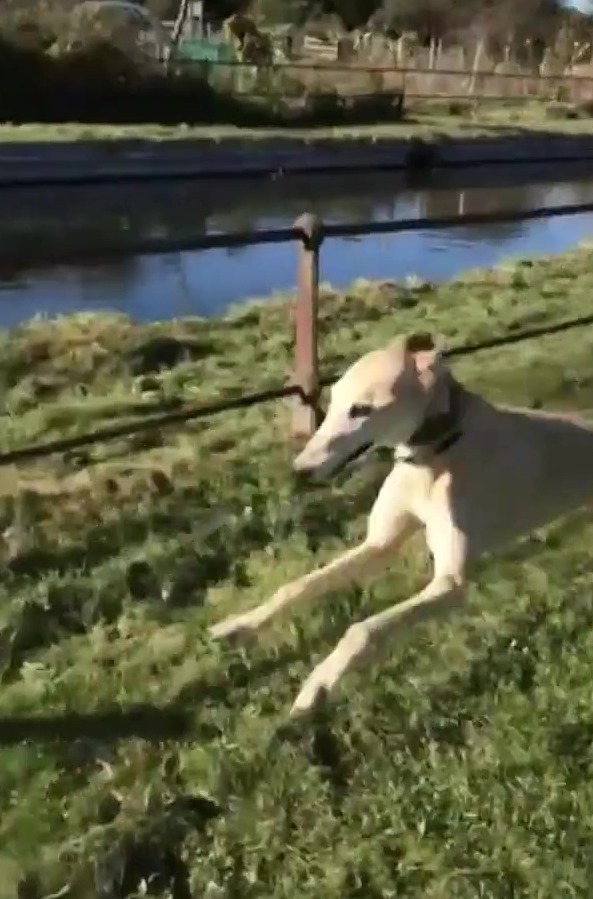 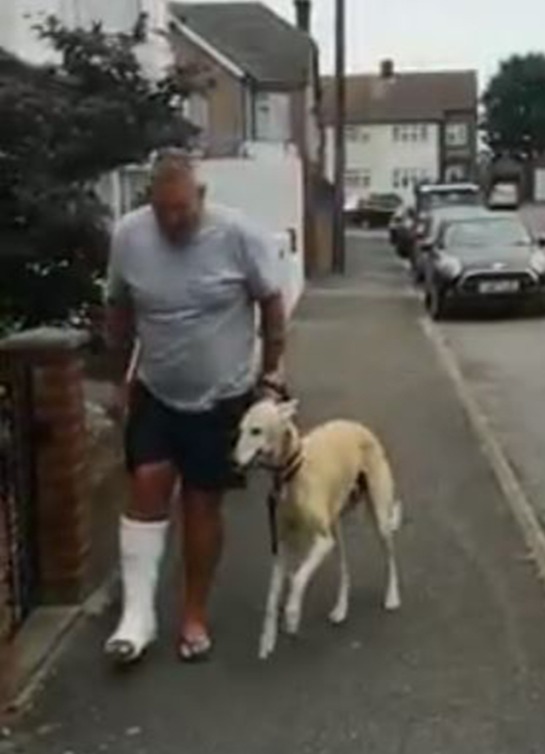 Russell, who had his leg in a plaster cast, was left unable to walk and concerned for his pet who was hobbling next to him on the street.

He paid £300 in vet fees and X-rays to figure out why poor Billy was limping.

He soon discovered his golden-coated pup was just imitating his own injured walk out of sympathy.

Russell told ITV's This Morning: "As I was limping around the house, Michelle noticed that he was copying me.

But they found nothing wrong with the dog – and the owner told his Facebook friends: "Cost me £300 in vet fees and X-rays, nothing wrong just sympathy. Love him."

And now Russell has revealed what his dog is like when he's not around.

Instead of limping on one leg – the pooch can be seen sprinting around the garden, proving that all his limbs work perfectly fine.

At one point, the canine even leaps into water to chase a ball – which is a far cry from the hobbling he put on.

Little Billy has now been dubbed a "con-artist," only putting on his limp when his owner was around.

Speaking to Russell this morning, Holly Willoughby said: "There's something quite special that a dog has that much empathy for a human, that he decides to limp alongside you."

It shows his beloved pet hop along the street with one paw raised above the ground – mimicking his owner's movements perfectly.

Facebook users commented on how adorable the video was.

One user said: "Oh my goodness, bless his heart. Hope you're not in plaster too long"

Another added: "Aww. Now that is pure love."

A third joked: "He's copying you. That's brilliant! Though you have my sympathy for the vets bill." 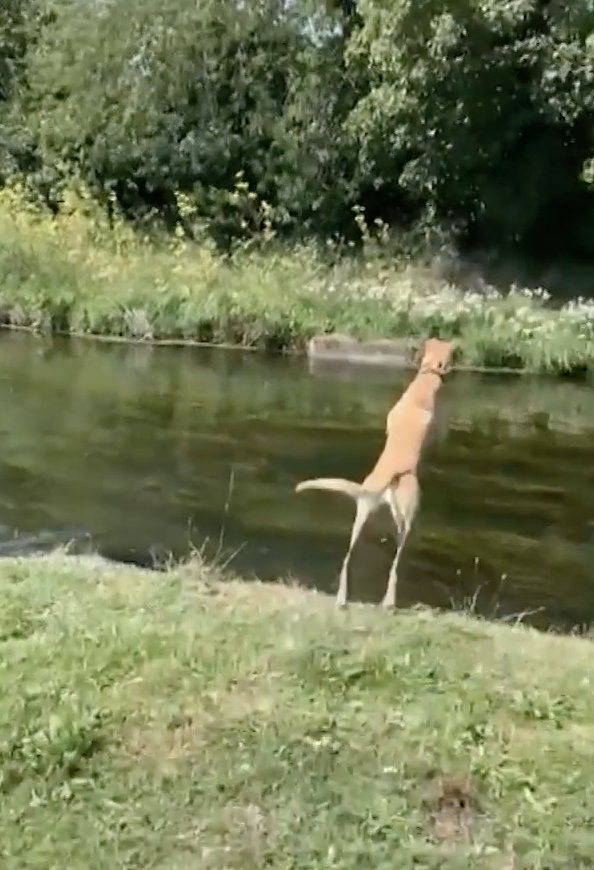