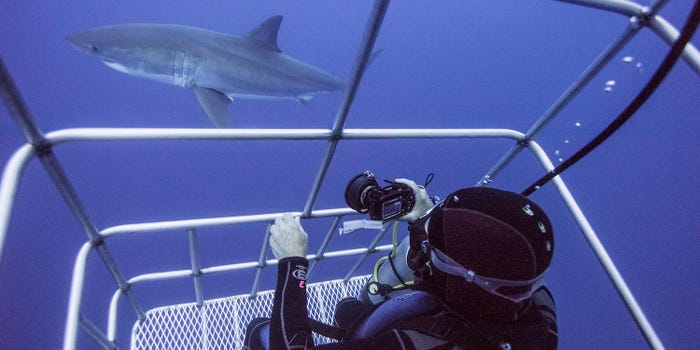 Killer whales are likely responsible for the disappearance of great white sharks from the waters of Cape Town, South Africa — a popular destination to go cage diving, according to a new government report.

Between 2010 and 2016, shark spotters recorded around 205 great white sharks living along the coastal sites of False Bay and Gansbaai, which lie off the eastern shore of Cape Town.

However, in the last two years, only one shark sighting has been confirmed.

The report, published on Tuesday, stated the sharks vanished around the same time two killer whales arrived in the area in 2015. The disappearance of great whites had previously been blamed on illegal hunting, climate change, and overfishing

According to the researchers, they "found some evidence for a causative link between the appearances of a pod of orcas that had specialized on preying on white sharks," AFP reported.

Two killer whales, named Port and Starboard, are believed to be preying on the sharks, often eating only their livers.

Shark spotters initially reported declines in shark sightings in the area in 2017 when they found the remains of five sharks killed by orcas in the Gansbaai area.

Another shark killed similarly was found washed up on a beach this year and there could be many more, according to Alison Kock, a marine biologist and one of the authors of the report.

"Each and every time that this happened, there was an immediate drop and gap in white sharks sighting," Kock said during the report presentation. "We still don't have all the answers."

Sharks are a big tourist attraction in South Africa. The, on average, 16-foot long animals are either viewed from boats or from cages submerged into the water.

A US-based study published in the journal Scientific Reports last year found that the mere presence of orcas in the water led to a noticeable absence of great white sharks.

"It's a bit ironic — when we think about white sharks, it's hard to imagine they are risk-averse," Salvador Jorgensen, a shark expert at the Monterey Bay Aquarium told Business Insider at the time.

"But this study shows that even for these massive predators, knowing when to pull out and flee is an important part of their repertoire."