A pregnant Victorian woman accused of inciting others to protest against the coronavirus lockdown could finalise her case next month because she is stressed at facing a criminal charge while waiting to give birth.

Zoe Buhler was arrested at her Ballarat home on September 2 last year. Police allege she had incited others to breach the state’s public health laws by calling on social media for people to attend a “freedom day” protest, which was held three days later. Victoria was in lockdown at the time. 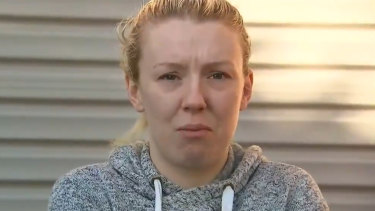 Ms Buhler’s arrest, in which she was handcuffed while in her pyjamas while at home with her partner and two young children, sparked concern among lawyers and civil liberty groups that the actions of police were heavy-handed.

Police command was satisfied that the way officers treated Ms Buhler was appropriate.

Ms Buhler on Monday appeared before Ballarat Magistrates Court, which was told the 28-year-old’s lawyer had spoken with police about finalising her case. This could include her being put on the court’s diversion program, which spares first-time offenders a criminal record if they admit wrongdoing. She is yet to enter a plea.

Her lawyer Anna Dixon asked that the case not be adjourned for long, as Ms Buhler was not enjoying her pregnancy with a criminal charge against her name. She is due to give birth to her third child in April.

“She is very stressed by the proceedings and keen to see if they can be brought to a conclusion,” Ms Dixon told magistrate Letizia Torres. 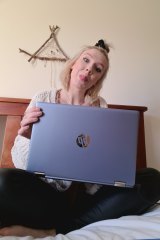 Zoe Buhler was arrested at her Ballarat home.Credit:Zoe Buhler

“She doesn’t want it hanging over her head and she would like to have the matter potentially dealt with before giving birth.”

Ms Torres agreed to the lawyer’s request that the case return sooner rather than later and adjourned it to February 25. Ms Buhler, who appeared via a video link, is on bail.

Police allege that between August 31 and September 2 last year, Ms Buhler incited another person to contravene the Public Health and Wellbeing Act by encouraging them to leave their home without a specified reason.

The day after her arrest Ms Buhler apologised for a “bimbo moment” by posting on Facebook about the anti-lockdown rally, however she said she believed Victoria’s lockdown was too harsh.

In video footage of her arrest, Ms Buhler told the officers she would take down the Facebook post. She later said she believed her arrest was heavy-handed.

Our Morning Edition newsletter is a curated guide to the most important and interesting stories, analysis and insights. Sign up here.