PRIVATE islands, a string of palaces, and a personal harem of thousands of women aren't exactly what Karl Marx had in mind in his vision of a worker's paradise.

But that's exactly what communist despot Kim Jong-un spends his blood-soaked billions on while his North Korean citizens live in destitution and fear. 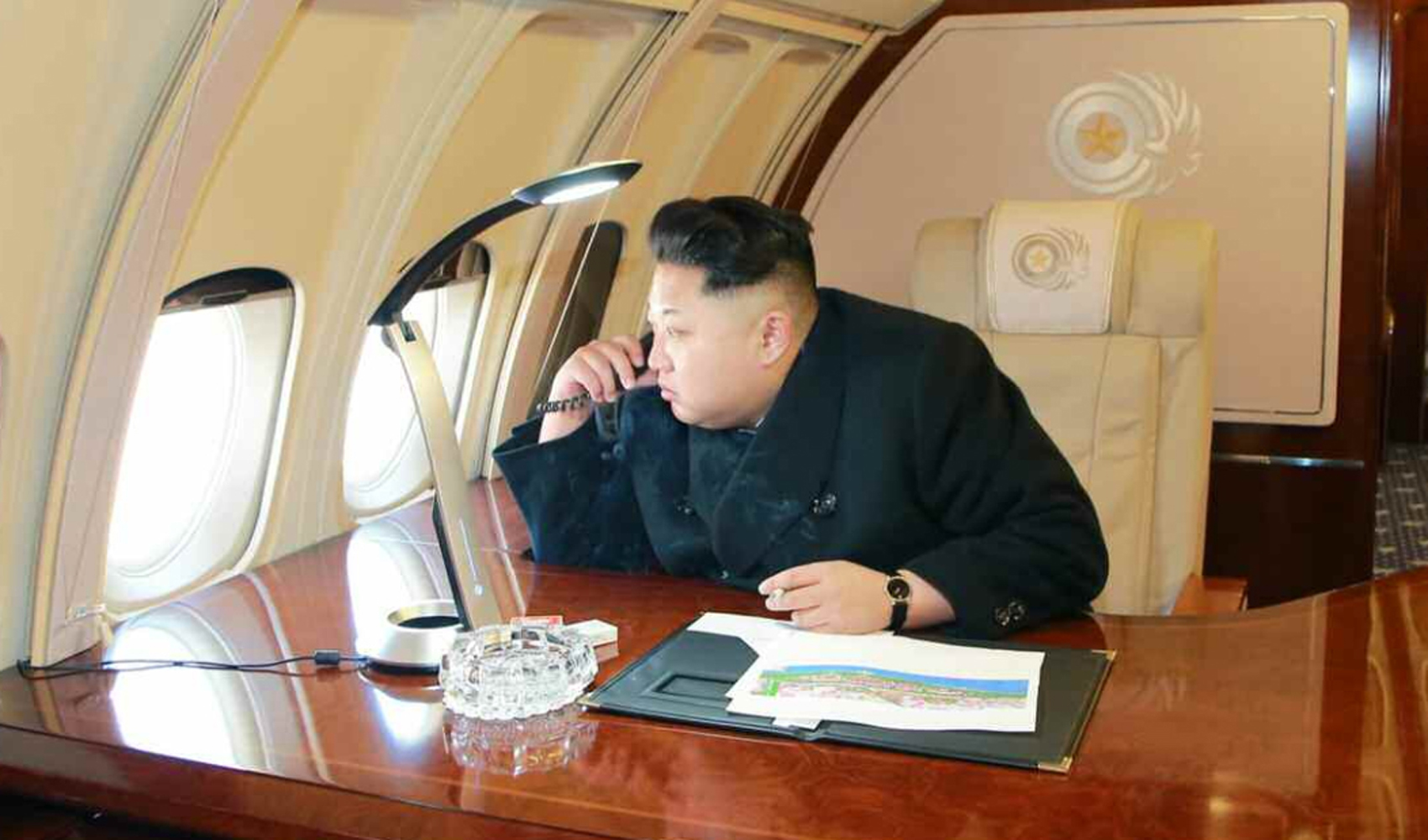 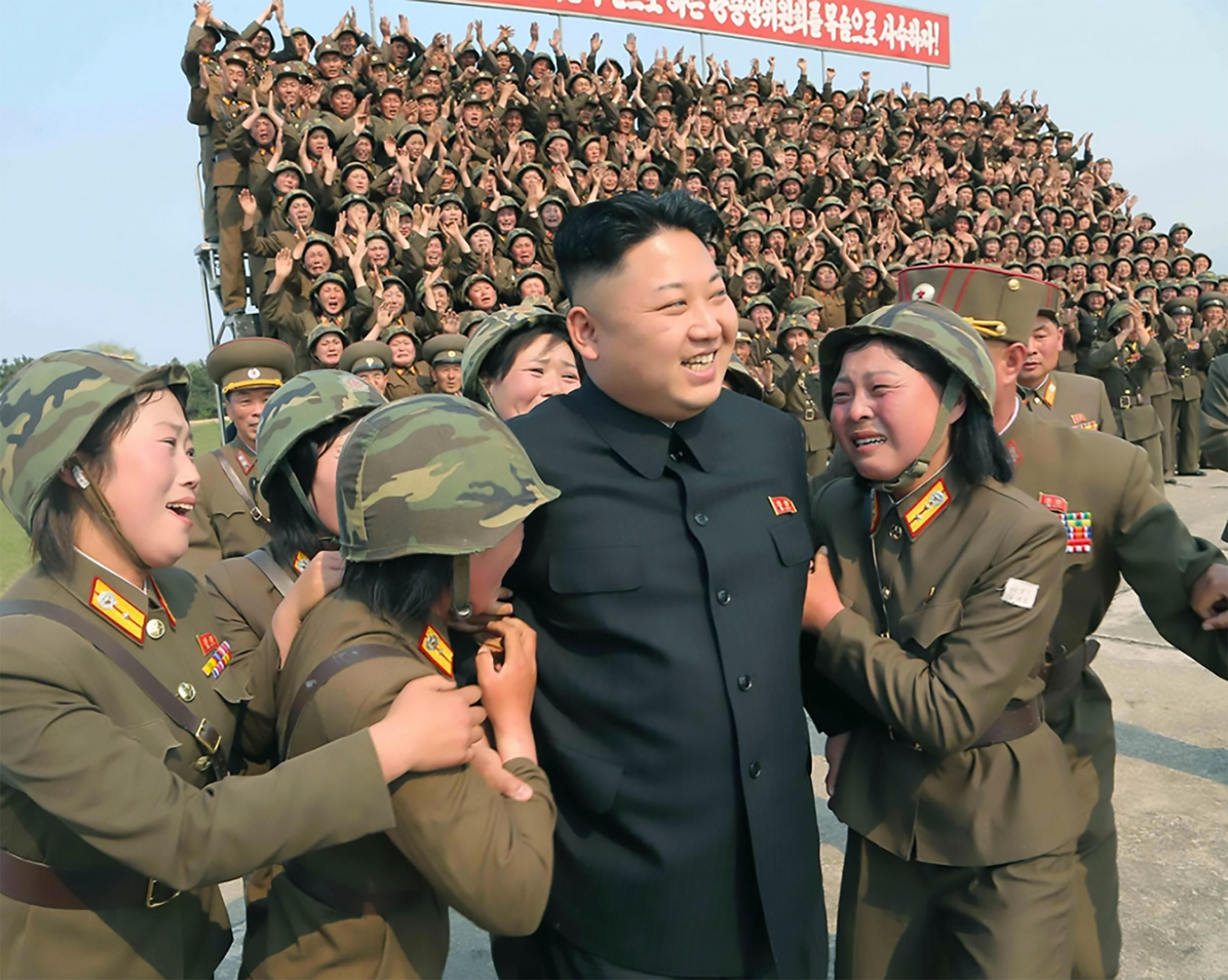 Rumours are currently swirling about the brutal dictator's health after he disappeared from public life three weeks ago, with some even suggesting that he's died.

US officials speculate that he's actually taken his private luxury train to shelter from the coronavirus in the resort town of Wonsan.

But as always, the shadowy communist state has kept the country's citizens and the world in the dark about Kim Jong-un's private life.

That's been the autocrat's MO since becoming Supreme Leader of North Korea in 2011, ruthlessly protecting his own interests by executing members of his own family and allowing over 10 million people to starve. 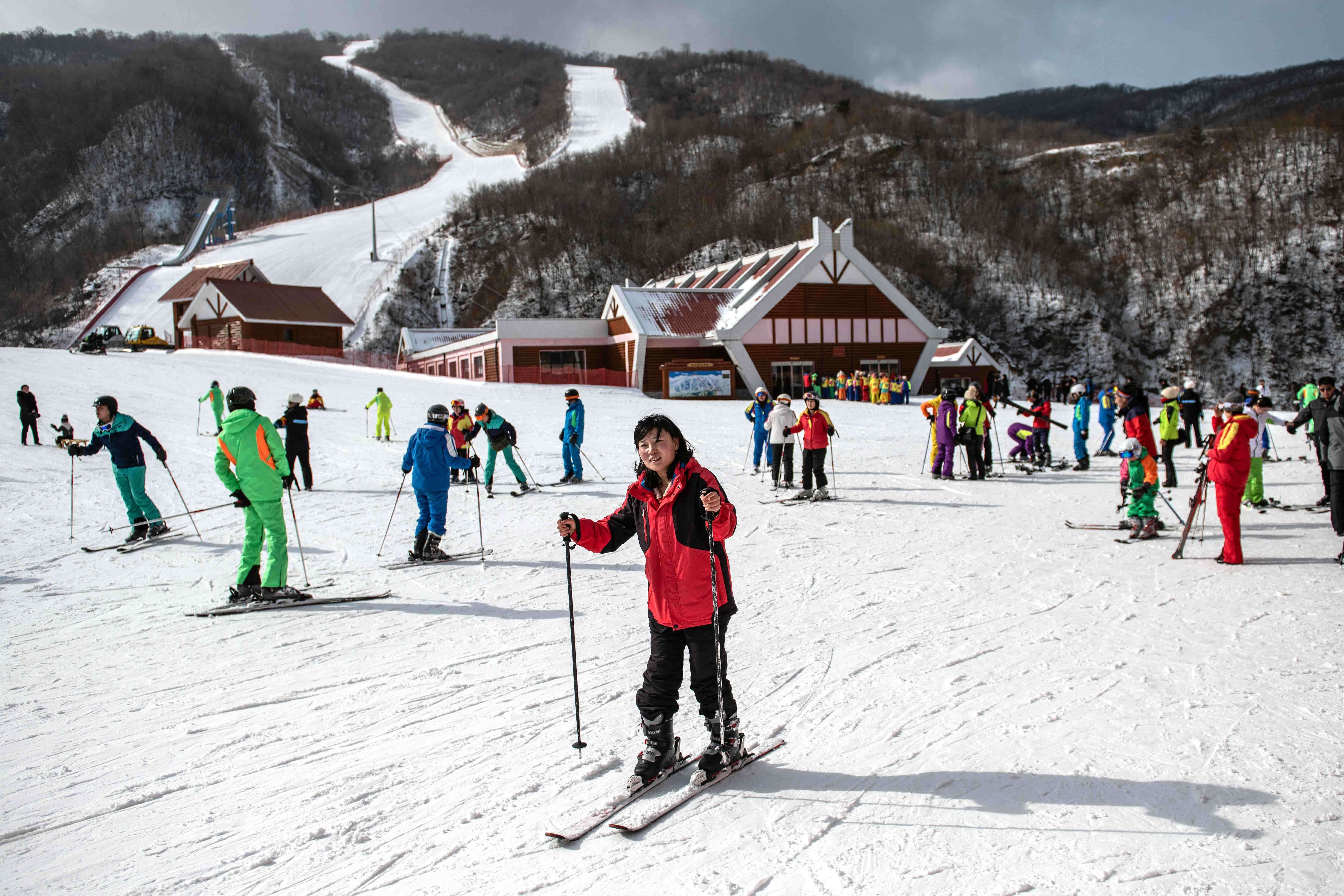 What the state hasn't been able to hide, however, is Kim's extraordinarily excessive lifestyle.

He's estimated to be worth at least $5billion (£4million) and likes to splurge it like most billionaires — on fleets of luxury vehicles, a sprawling property portfolio and the best culinary delights money can illegally import.

That's in stark contrast to the estimated 60 per cent of North Korea's 26million citizens who currently live below the poverty line, struggling to survive.

From his string of palaces to his multimillion-dollar watch collection, here's the inside story of Kim Jong-un's lavish lifestyle.

Nuke-proof palaces and a personal 'Ibiza' 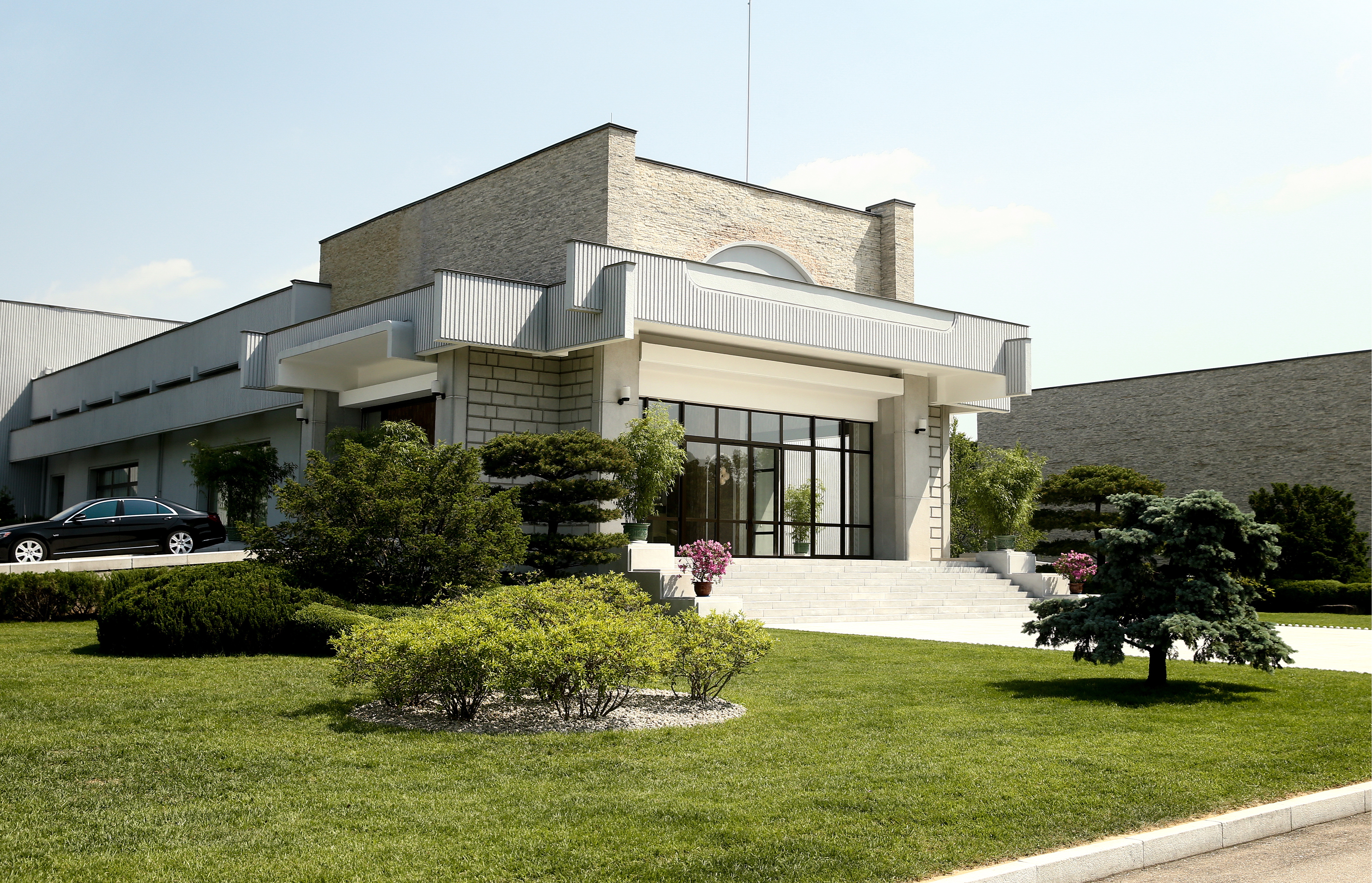 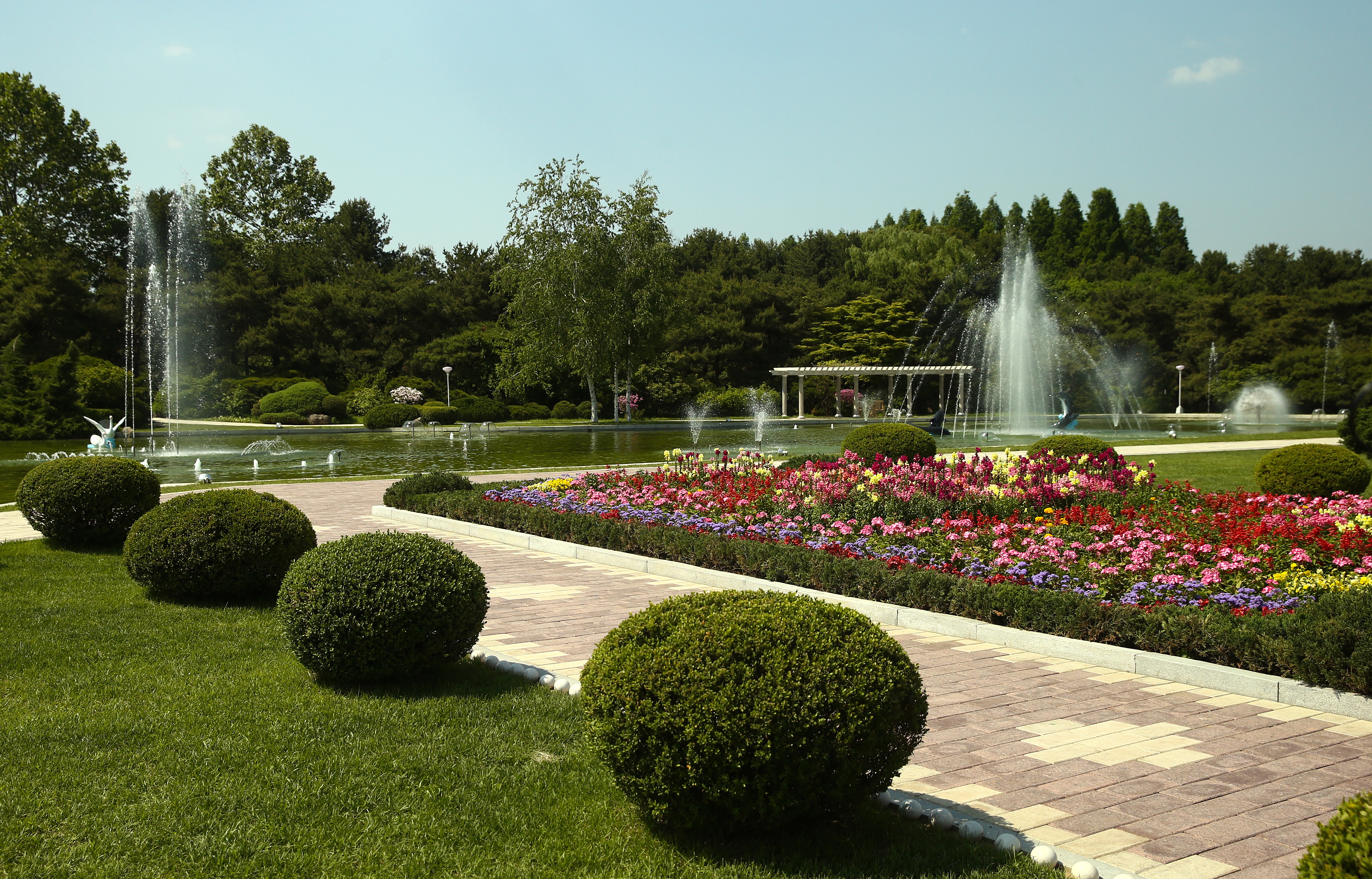 While it's not clear where Kim is right now, he has a breath-taking number of hideaways to choose from.

He reportedly owns 17 palaces dotted around North Korea, including one with its own 500m airstrip in Wonsan where he's currently suspected to be sheltering.

But his main residence, Central Luxury Mansion, is in the country's capital, Pyongyang.

The nuclear attack-proof palace is protected by multiple military units along with a high-voltage electric fence and even minefields.

It even has its own train station underneath and has tunnels connecting it to some of his other properties. 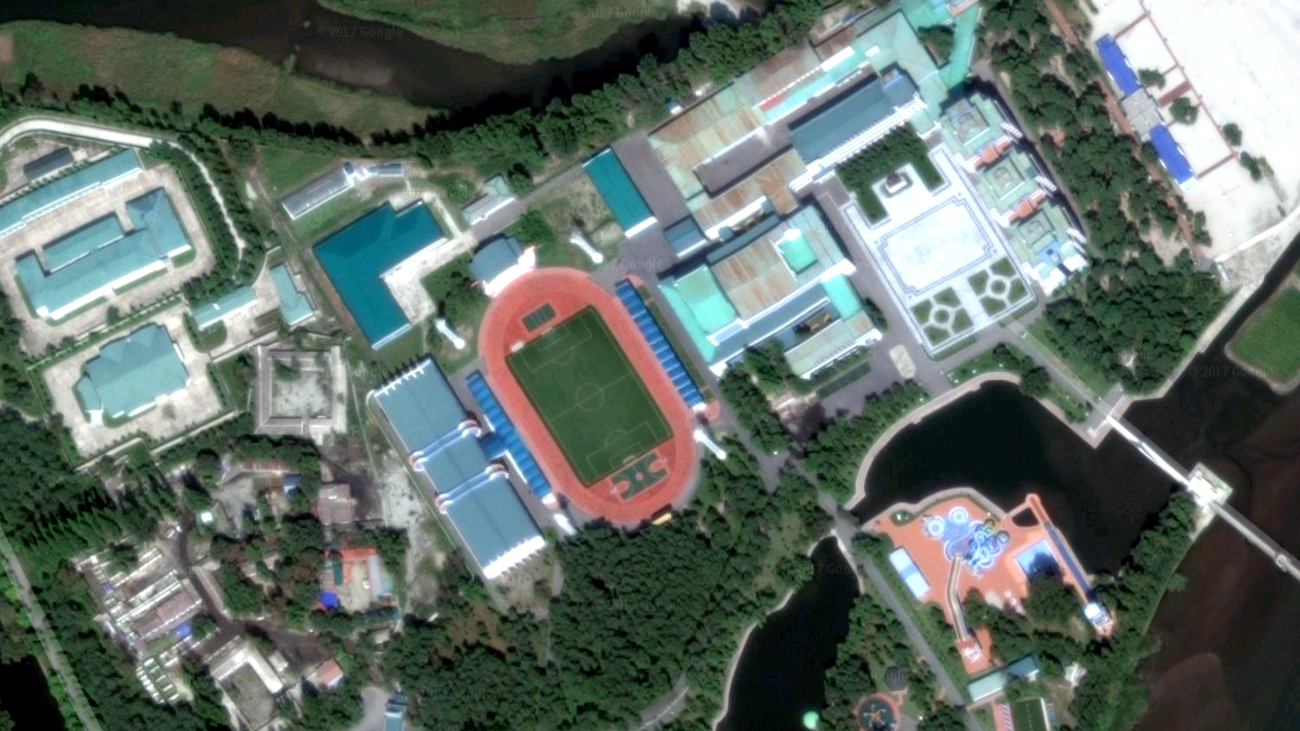 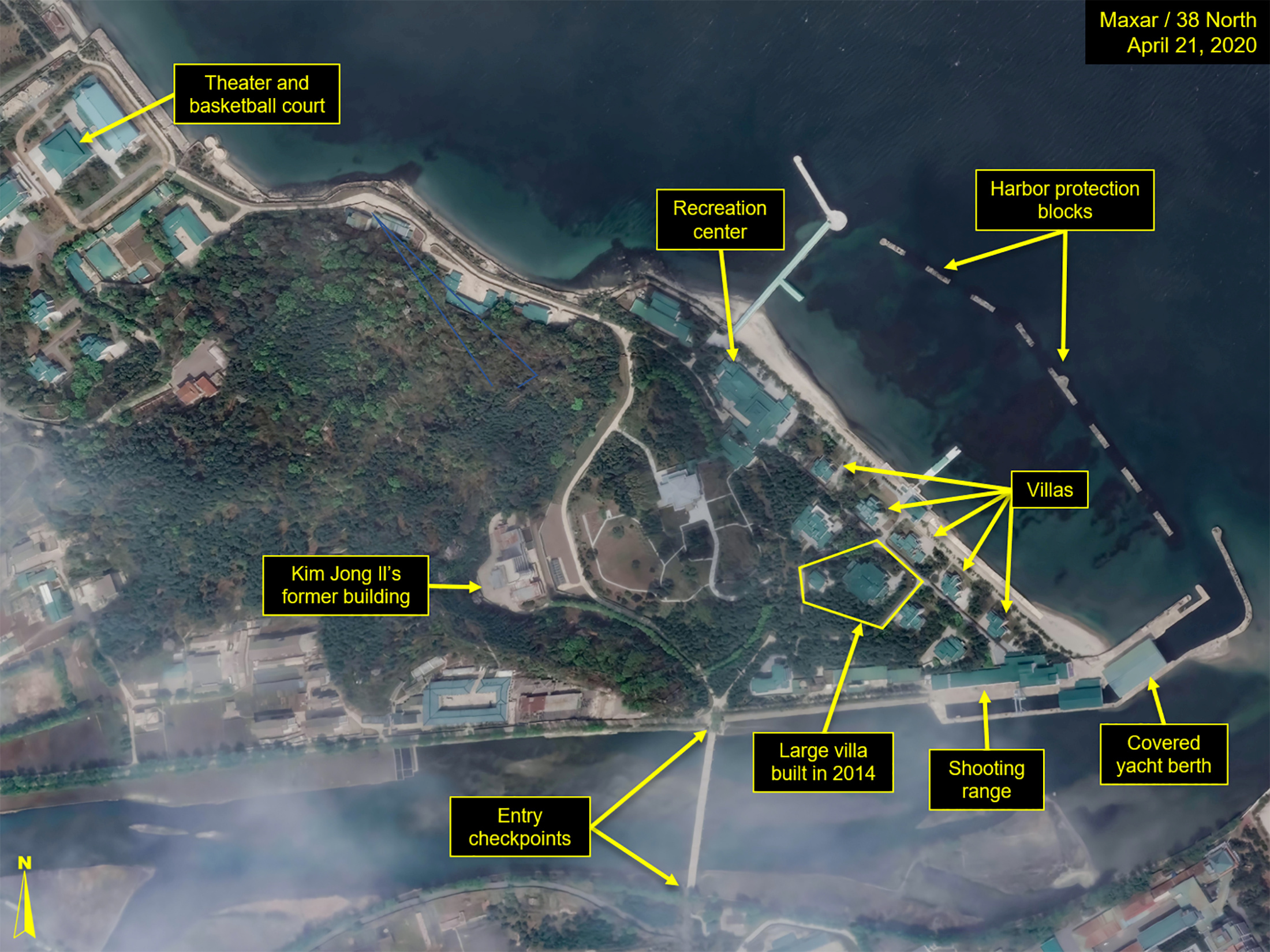 But when he wants to cut loose, Kim also boasts the same billionaire must-have that Richard Branson is known for — his own private party island.

NBA legend Dennis Rodman, who has an unlikely friendship with Kim, told The Sun about a hedonistic week-long bender on the island in 2013.

"It’s like going to Hawaii or Ibiza — but he’s the only one that lives there.

“He's got 50 to 60 people around him all the time — just normal people, drinking cocktails and laughing the whole time.

"If you drink a bottle of tequila, it's the best tequila.

"Everything you want, he has the best." 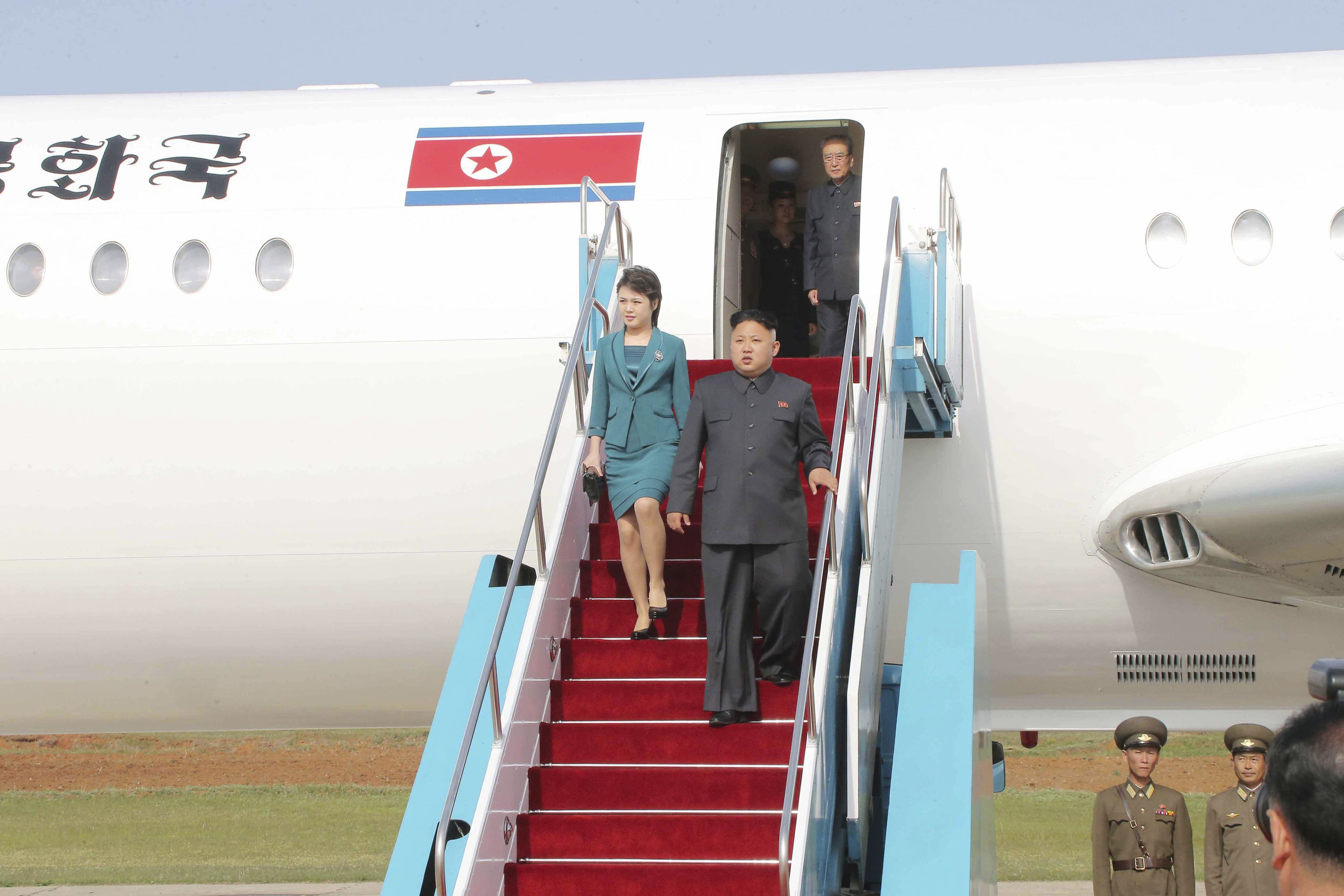 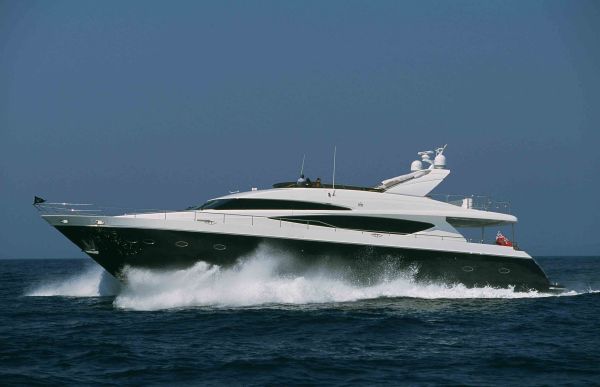 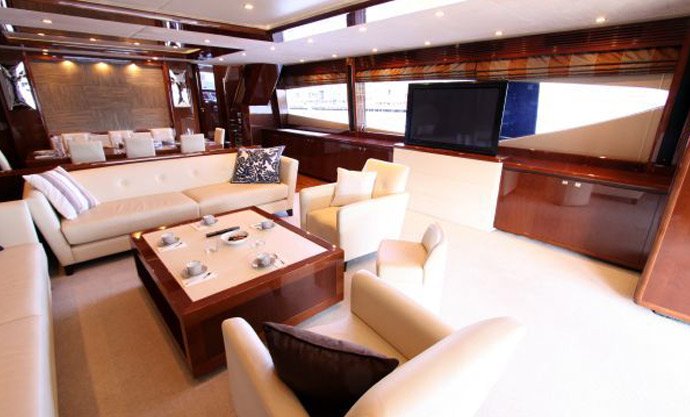 Rodman also got a rare glimpse inside Kim's luxury yacht.

He described the 95ft vessel as "a cross between a ferry and a Disney boat."

His ship is thought to be a British-designed Princess 95MY worth around $7million, boasting staterooms, a wide deck, and a dining room for up to ten people.

But when he's not on his yacht, he can be found jetting around the country aboard Air Force Un — a luxury Russian IL-62 jetliner worth millions.

Kim's even said to enjoy having a go at the controls of the plane, despite not having any known flying qualifications.

North Korean leaders before him were known to favour travelling by armoured train. 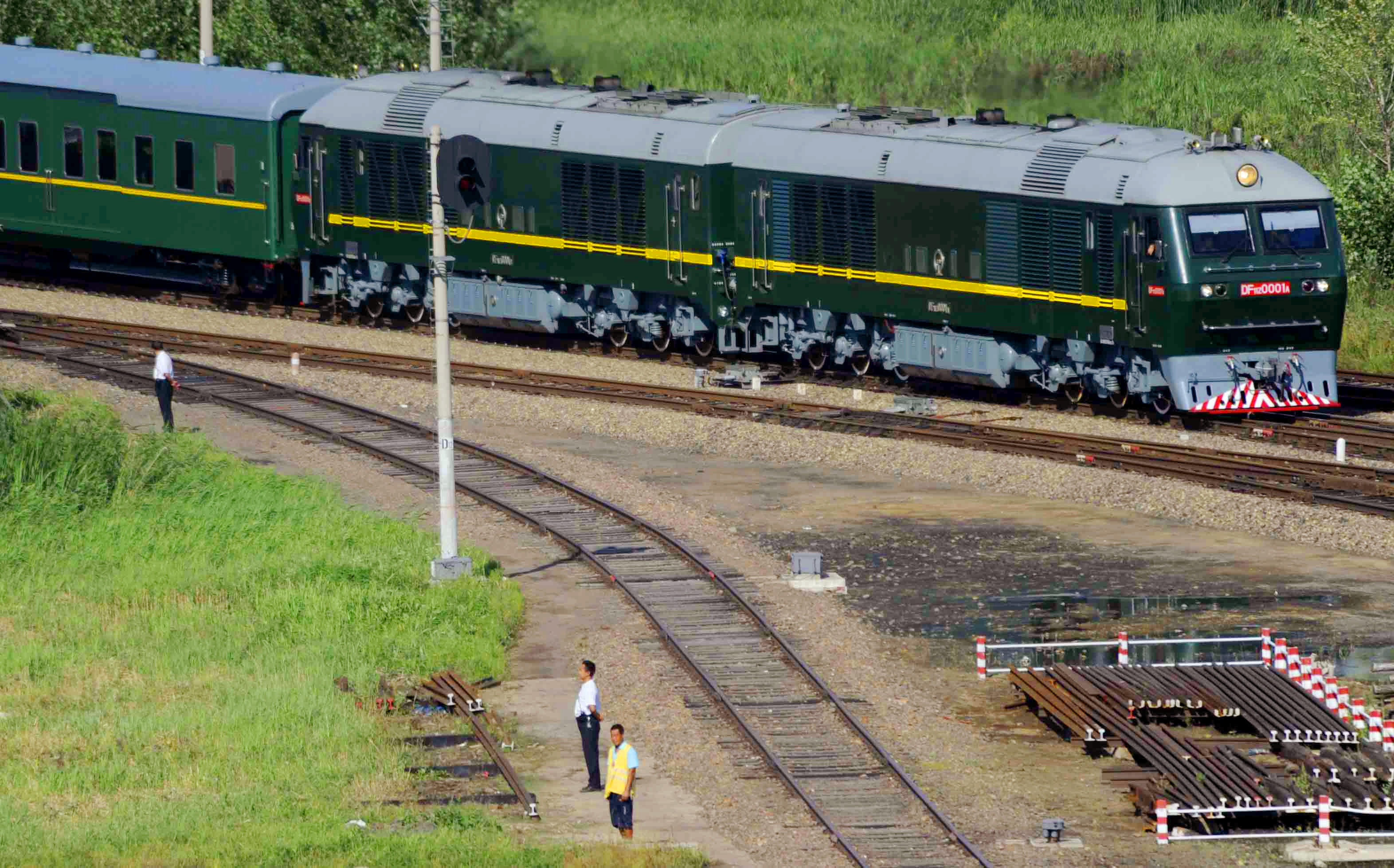 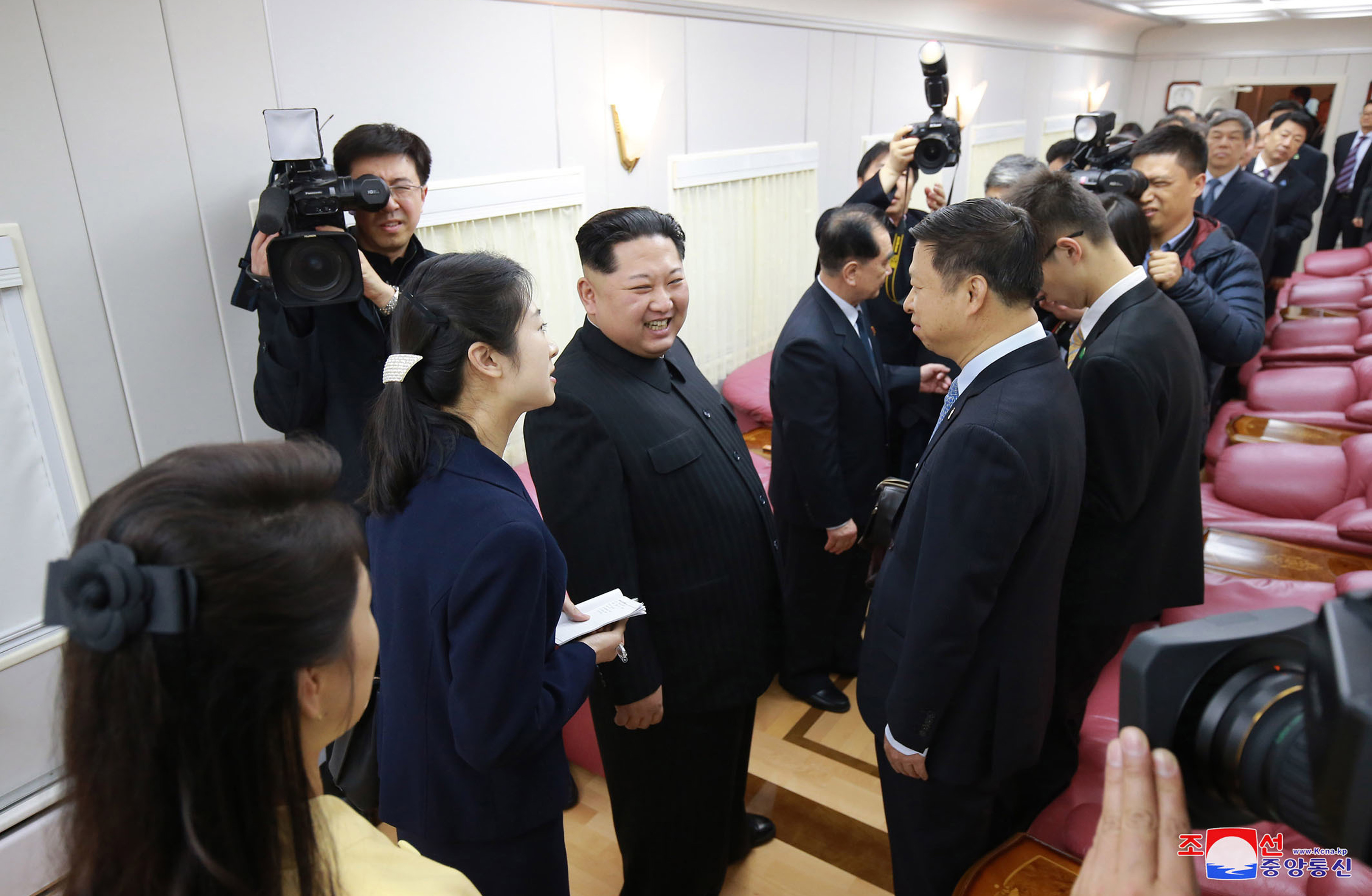 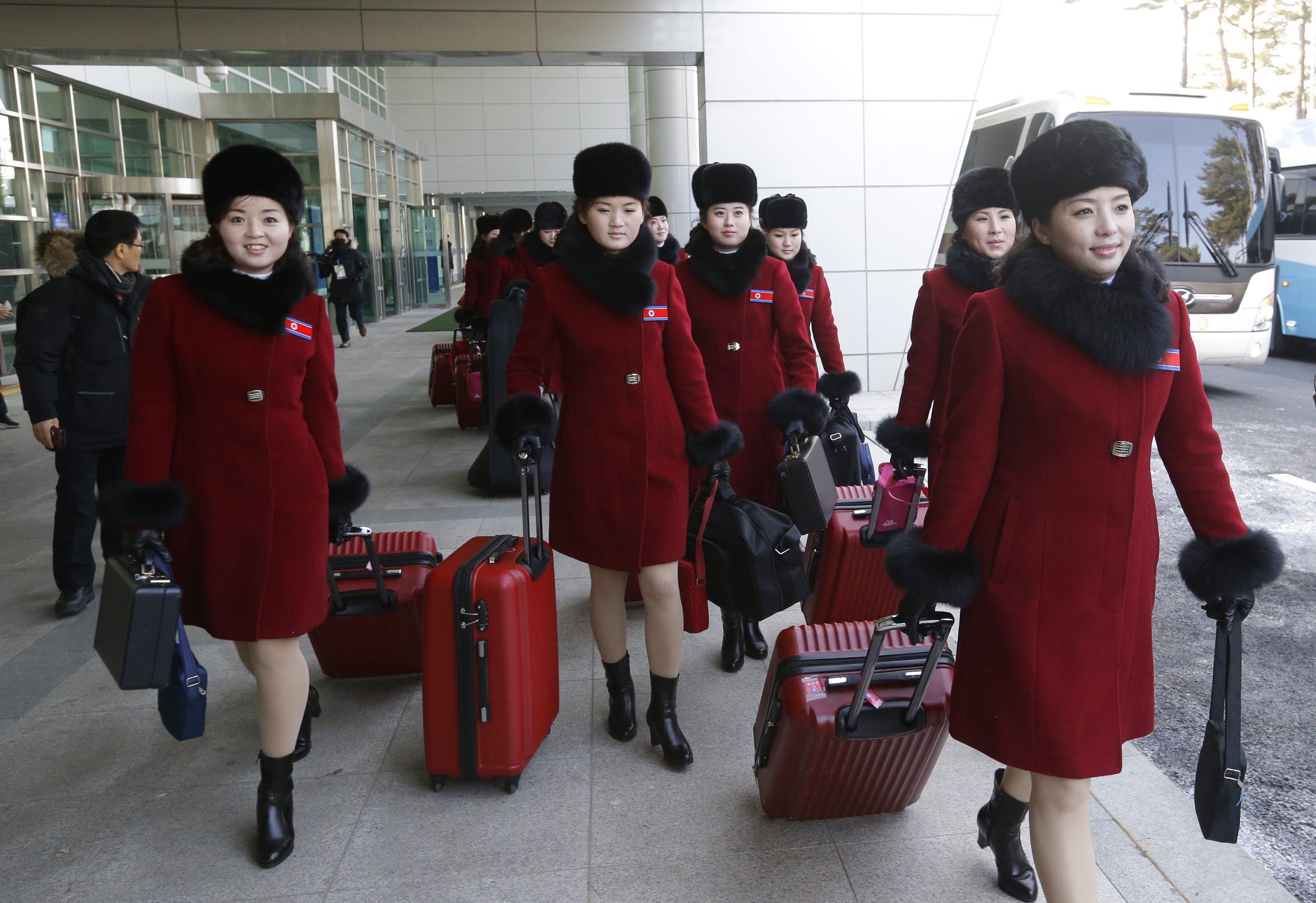 Kim's father, Kim Jong-il, even died aboard his luxury train, which was said to have 90 carriages featuring bedrooms and conference rooms kitted out in high-end foreign-made furniture.

Kim's own train has many of the same trimmings and is also known to carry his Mercedes-Maybach Pullman Guard armoured limousine, worth around $1million. 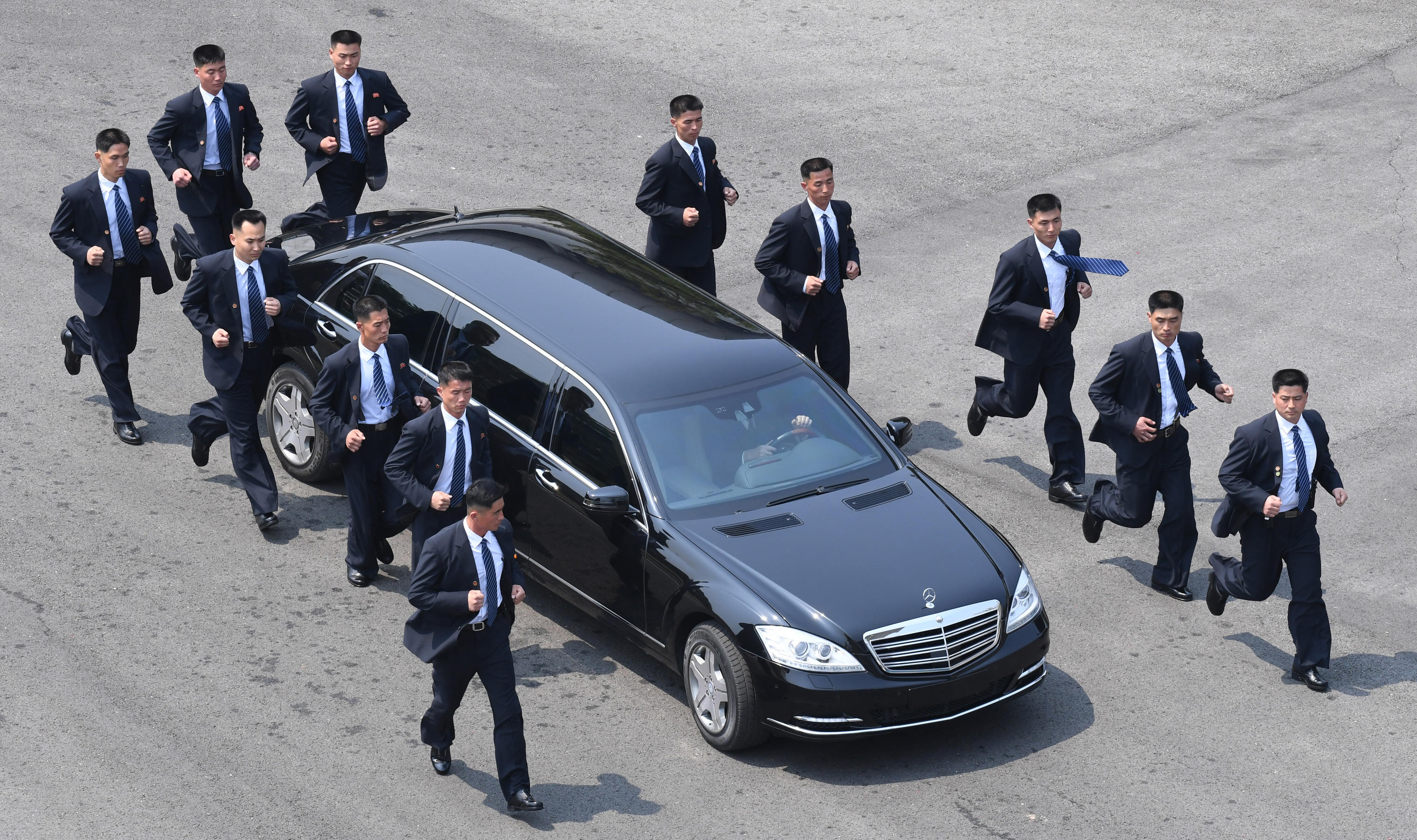 That's just one of his 100-strong fleet of predominantly European luxury cars.

His train is also believed to be staffed by "lady conductors" picked from his "Pleasure Squad" or Gippeumjo.

This group of 2,000 or so women are medically certified as virgins and are paid to entertain Kim and other high-ranking officials, primarily through sex.

Designer smokes and oceans of whiskey 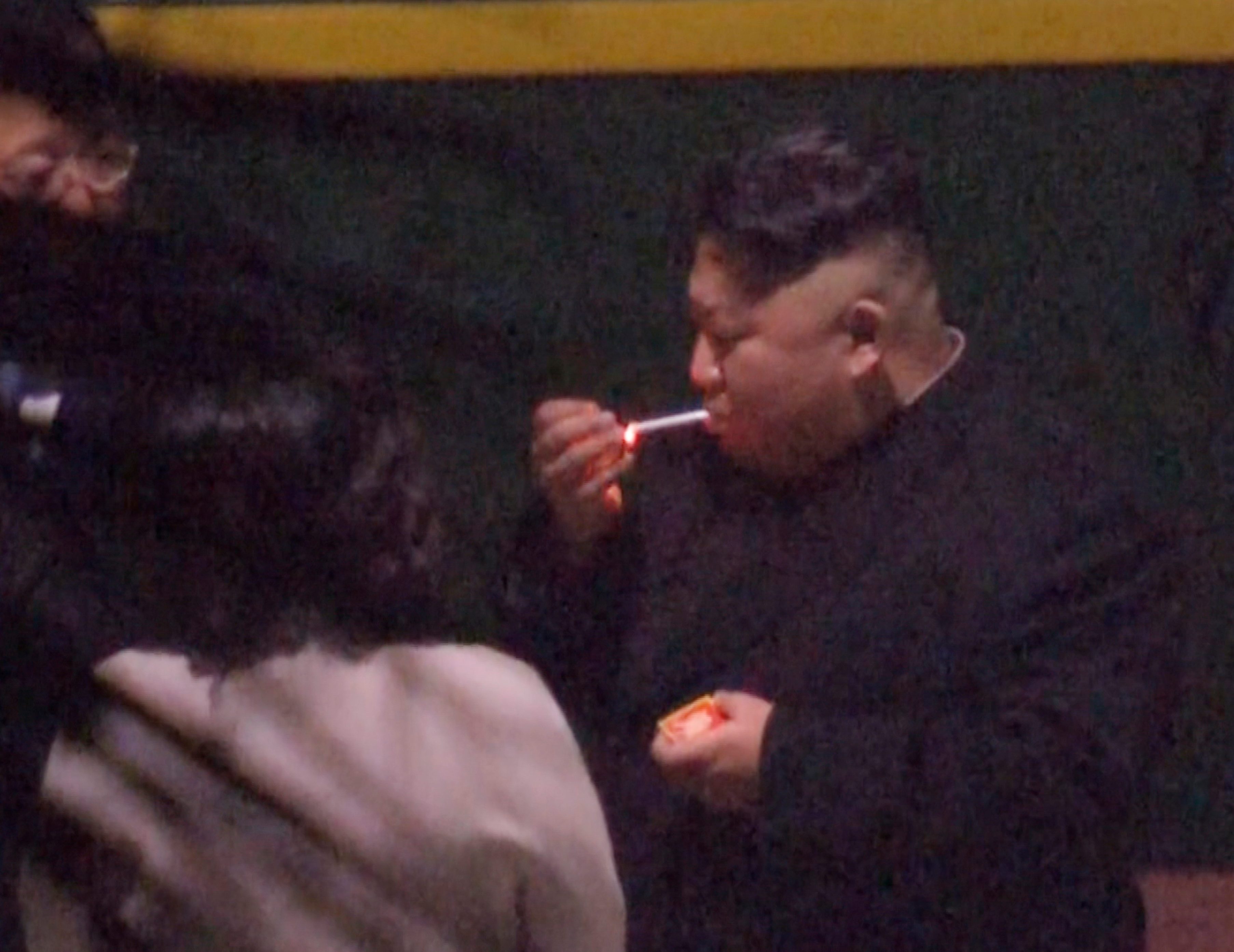 His secret harem is itself another source of Kim's staggering splurges.

In 2016 alone, he splashed out £2.7m on fancy lingerie — including racy corsets and suspenders — imported from China.

International sanctions are supposed to stop Kim importing luxury goods, but he spent at least £493million in 2017 on a whole host of illegal imports including musical instruments, booze, and a seaplane.

His personal collection of wristwatches is estimated to be worth over $8million. 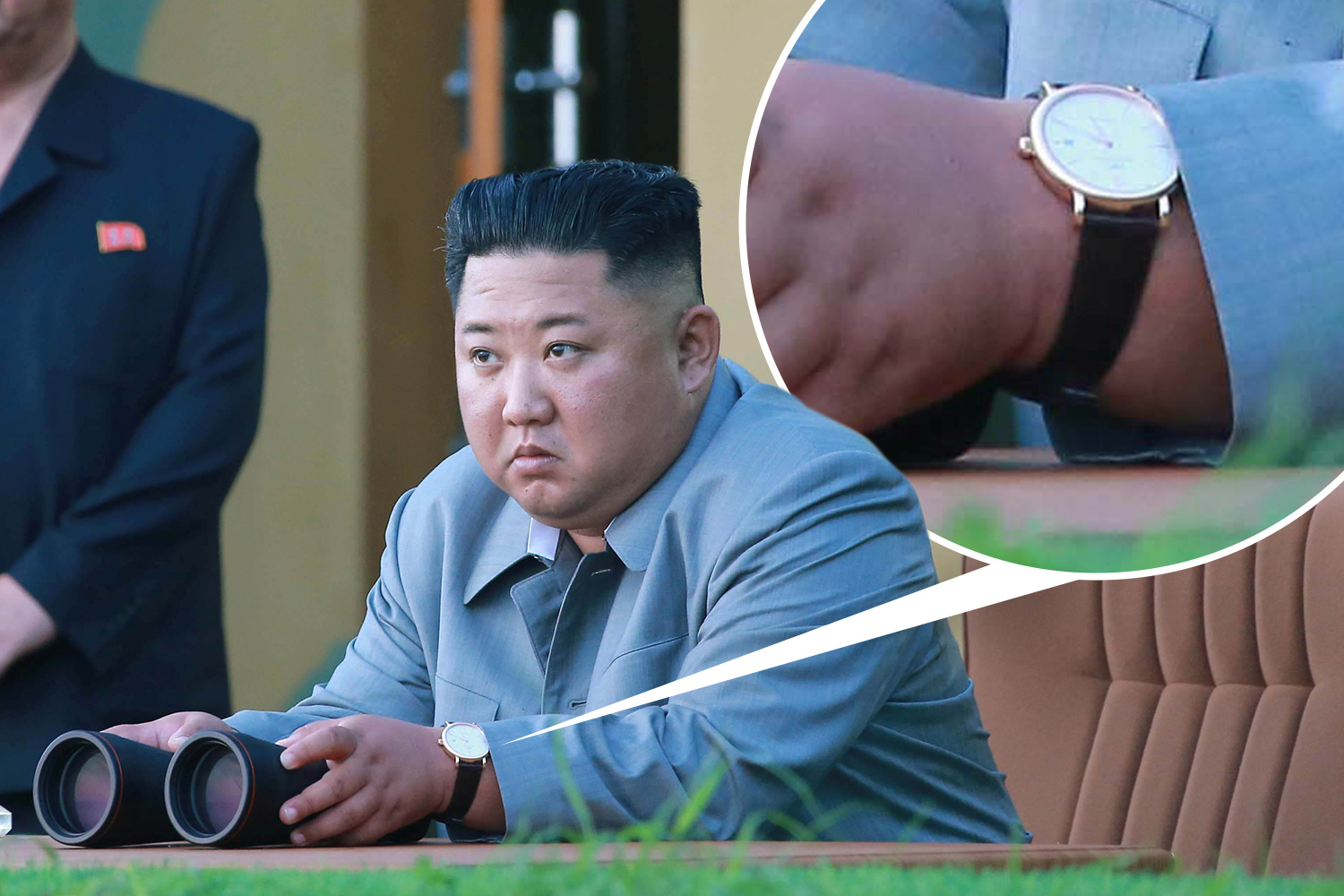 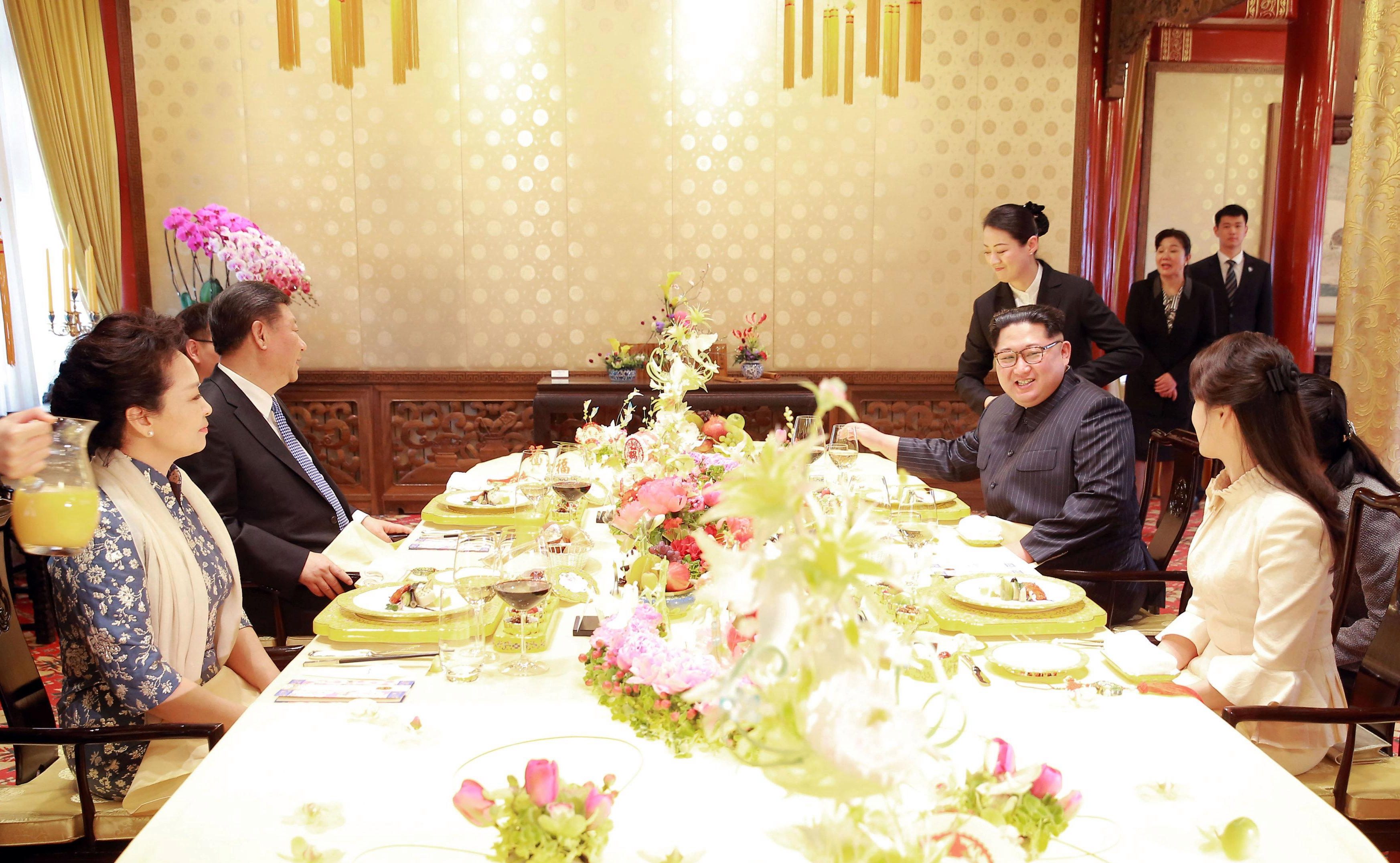 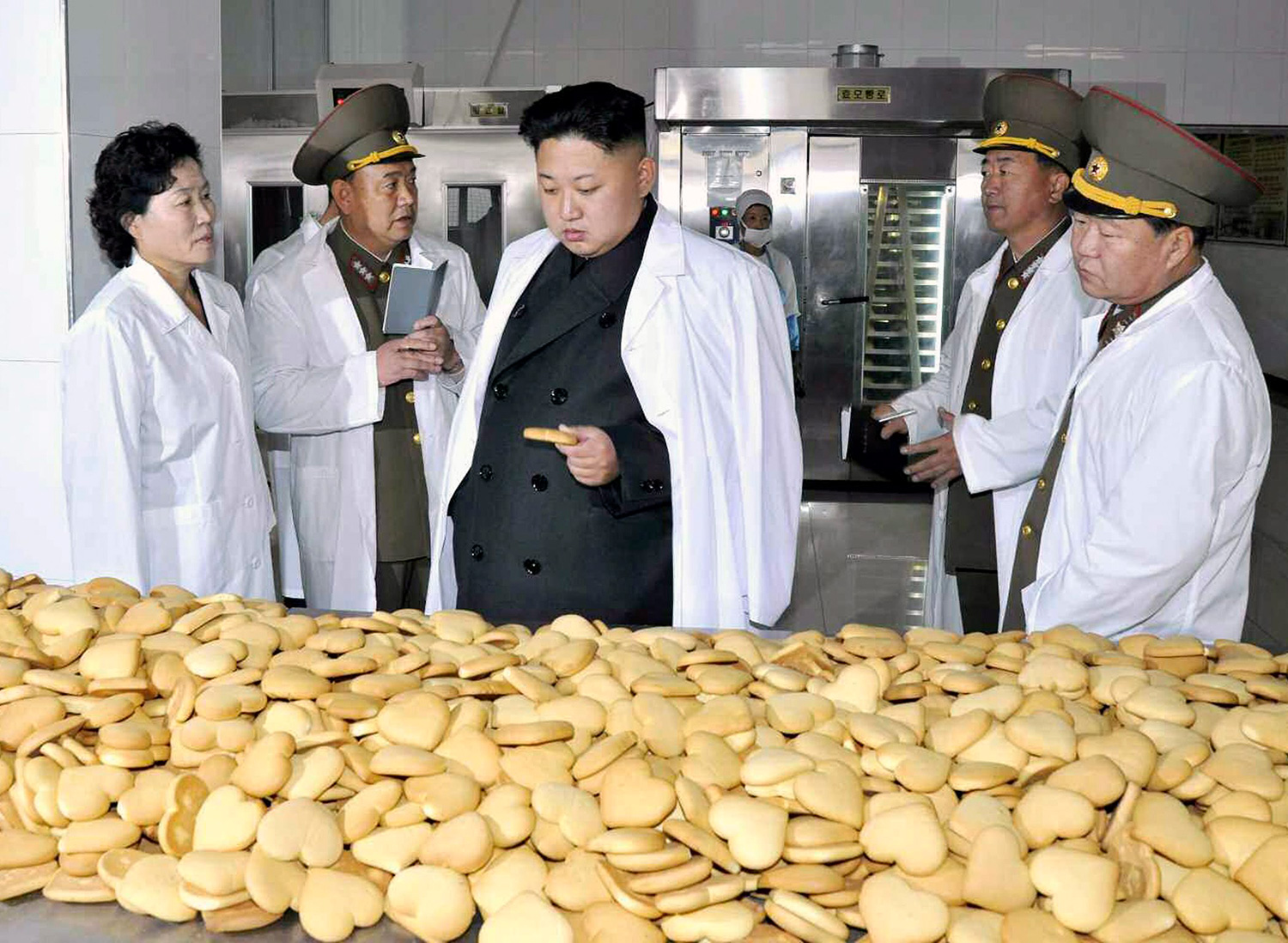 But the tyrant never goes hungry himself.

He's known to favour decadent dishes like foie gras, lobster and caviar and he takes a team of his own chefs with him on international trips.

They spend up to an hour tasting each of his meals before serving them to him to make sure they haven't been poisoned.

And when it comes to Kim picking his own poison, he ships in thousands of bottles of whiskey from all over the world for his personal enjoyment every year.

He's believed to fork out £21million a year on swanky booze like Hennessey, which can cost £1,500 a bottle.

Kim even accompanies his tipples with French designer cigarettes made by Yves Saint Laurent, costing £31 a pack. 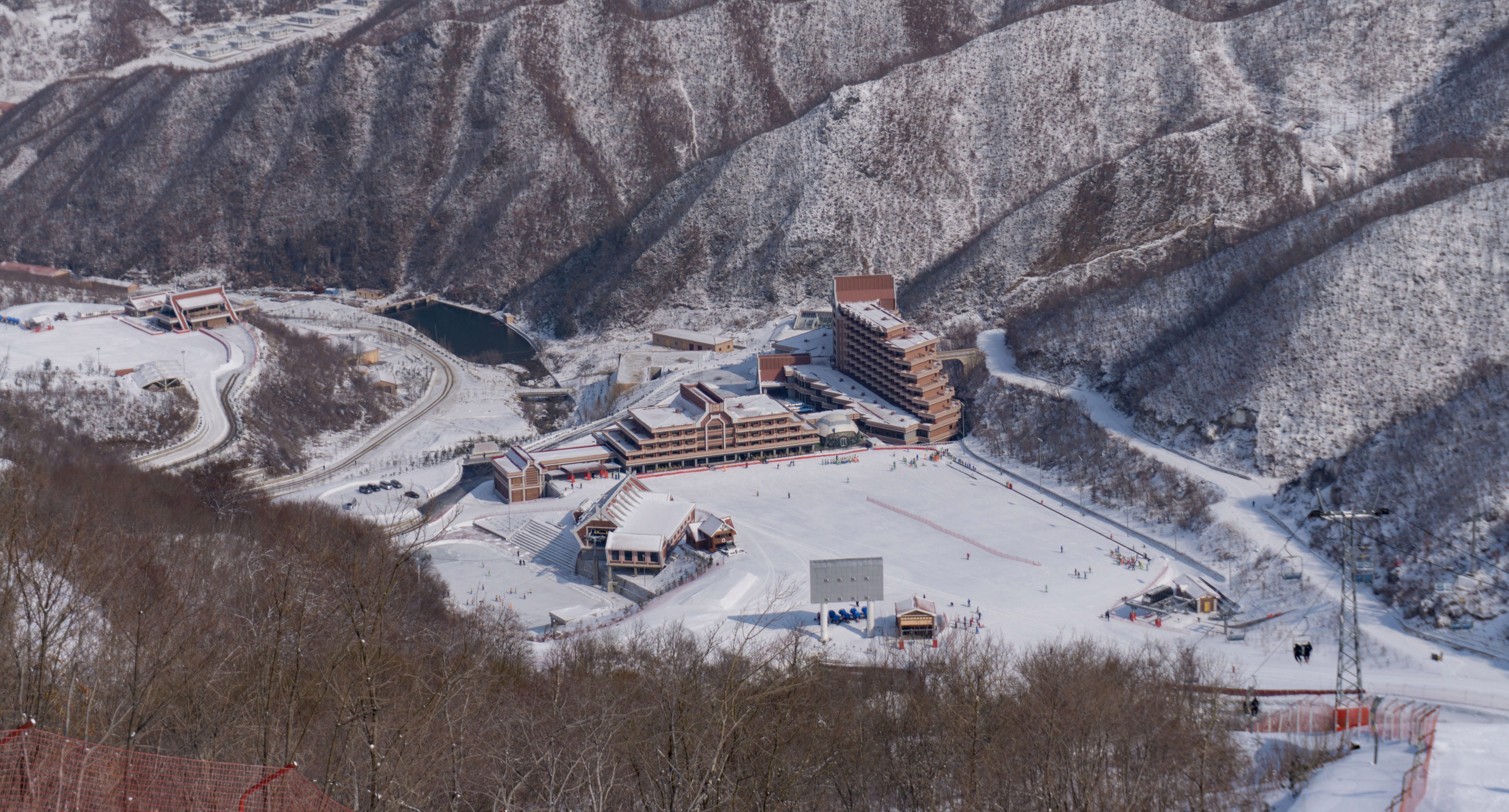 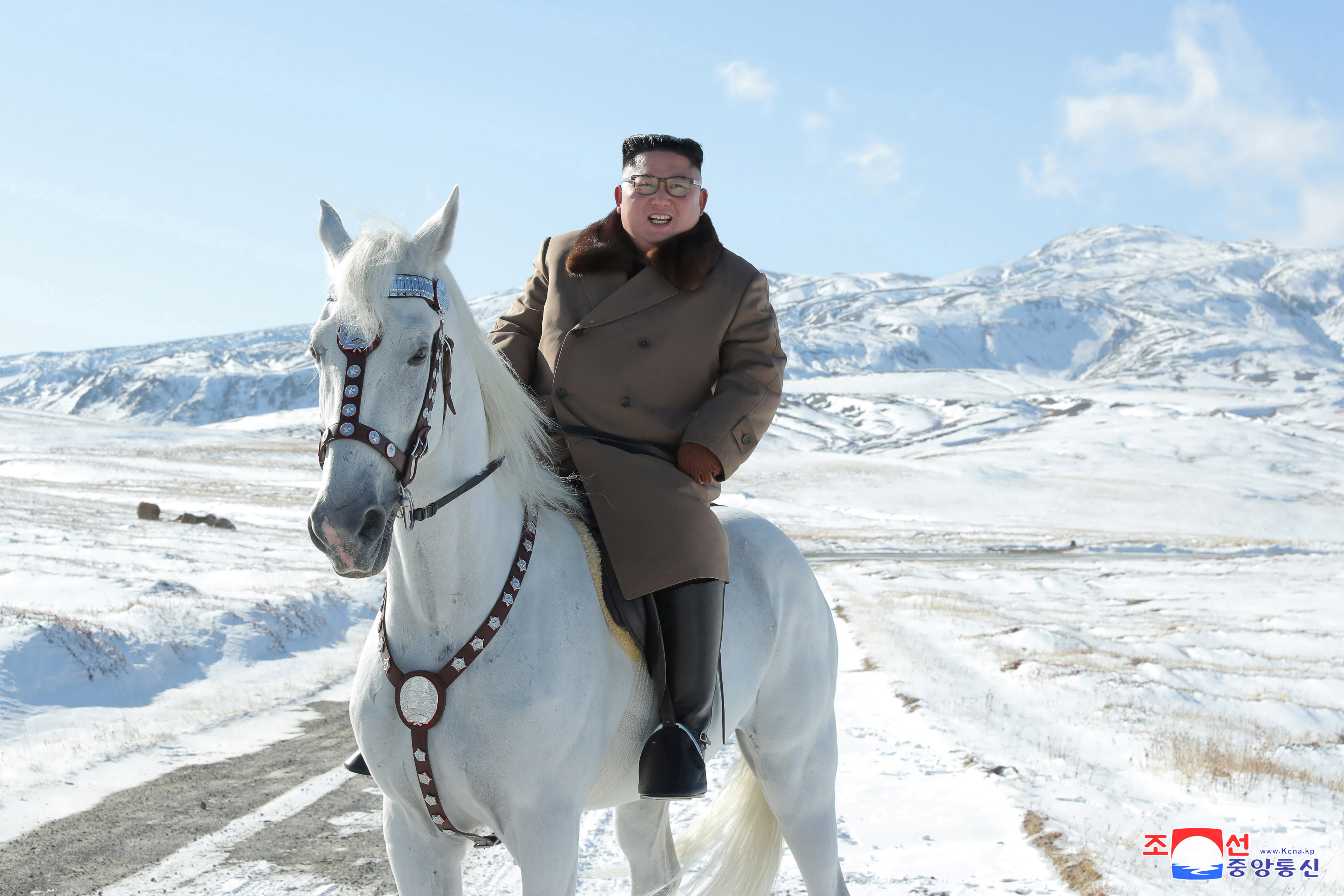 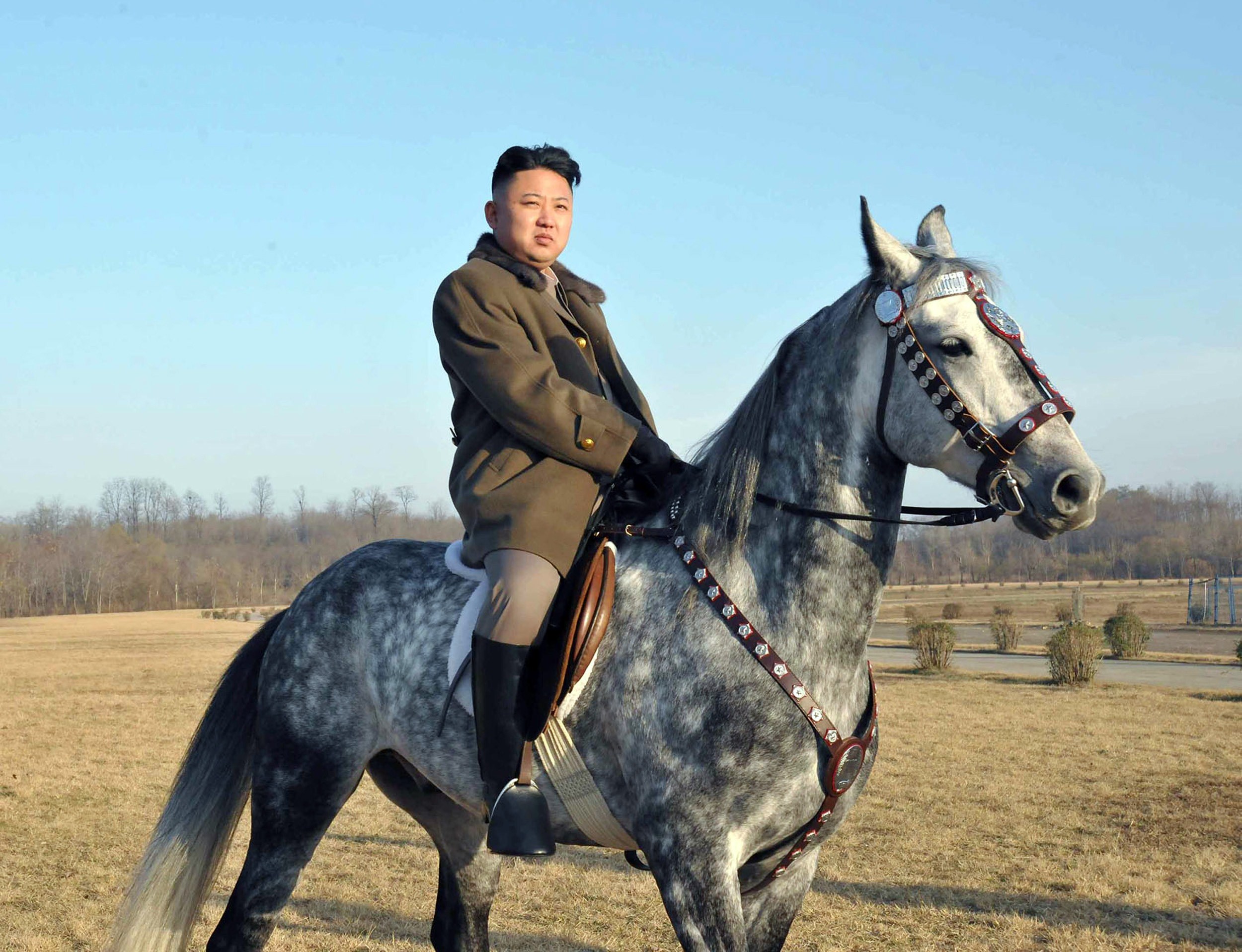 And his wild spending also extends to his pastimes.

Kim has been known to be a huge fan of basketball, with posters of Michael Jordan and the Chicago Bulls adorning his bedroom walls as a schoolboy studying in Switzerland.

Three members of the Harlem Globetrotters even travelled to North Korea to put on a bizarre exhibition game in 2013, which is how he cemented his friendship with Dennis Rodman.

But Kim is also known to love and own a number of thoroughbred horses.

Many propaganda images show Kim trekking up snowy mountains on a white stallion, which he believes instil confidence in his regime. 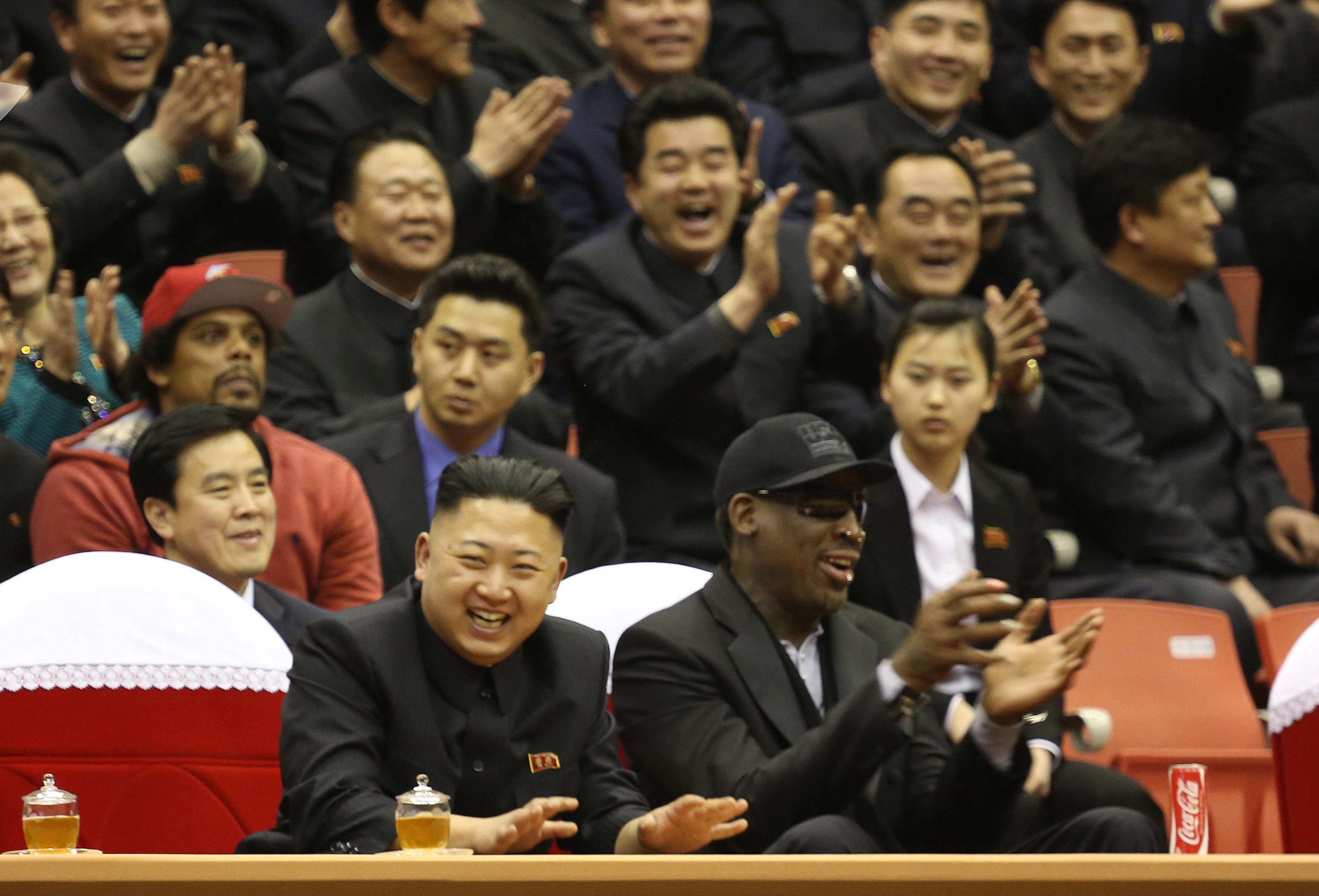 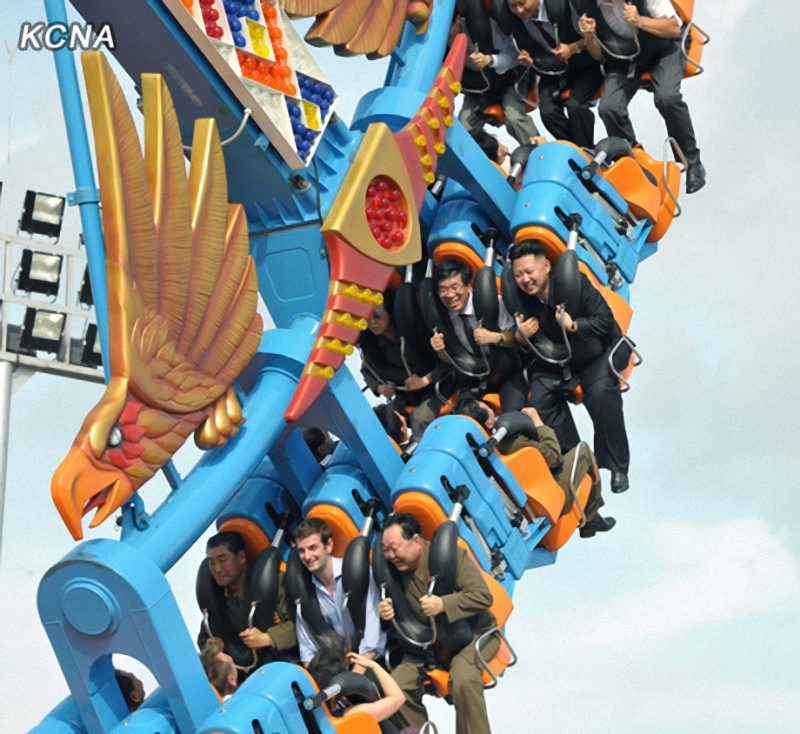 And he's also using the country's mountains to build a string of luxury ski resorts, with the latest opening its slopes in February this year.

Kim pumped some £21million into the nation's biggest resort, Masikryong, which was built in under a year and opened in 2013.

The resort, which features a 30-year-old ski lift bought from Austria and supplied by China, has been accused being run using child labour from kids as young as 11.