MORE Covid cases have been diagnosed in the past two weeks than in the first six months of the pandemic.

The shocking figures serve as a reminder that the global crisis is far from over. 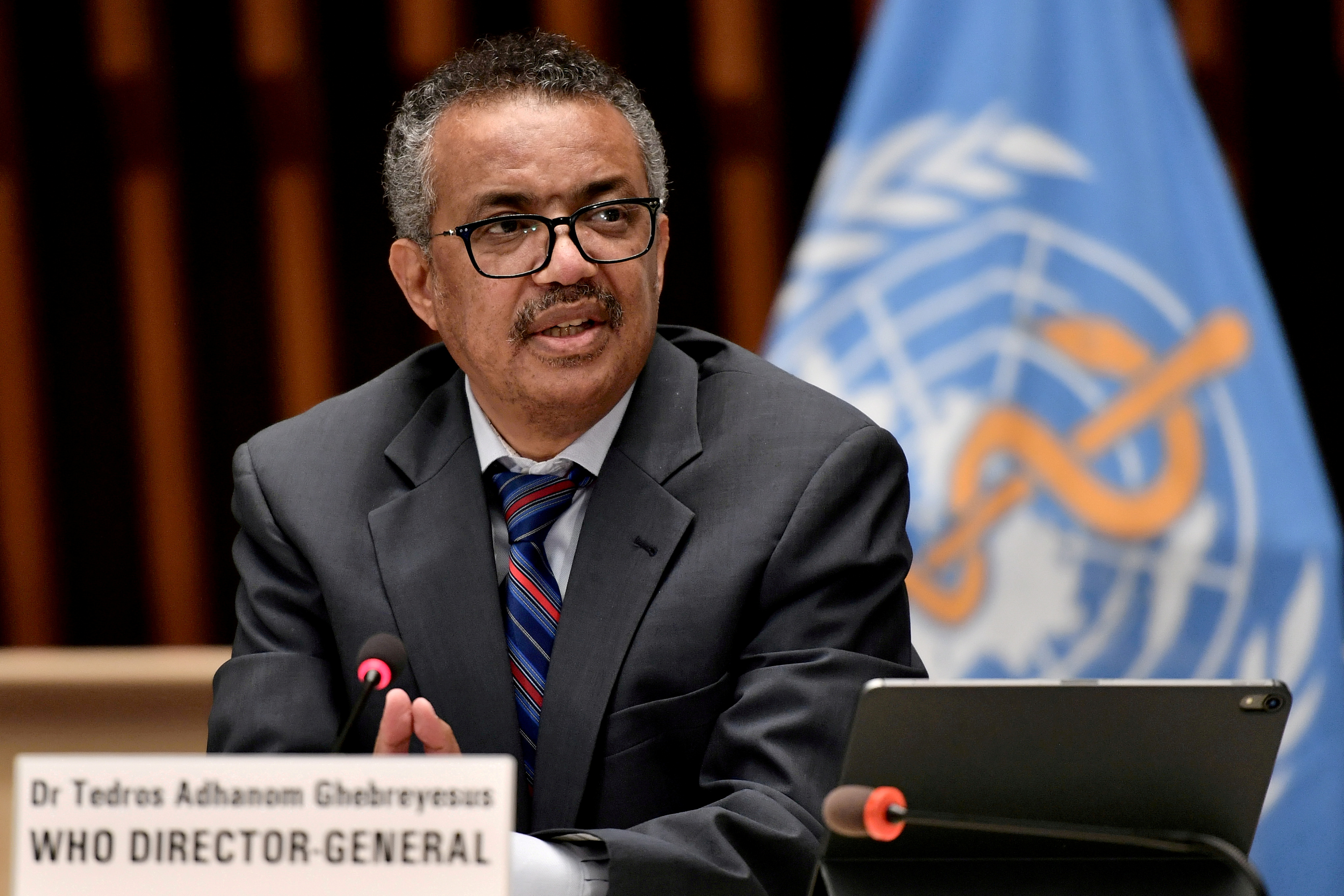 In total, more than 153.6 million cases of Covid have been confirmed, and more than 3.2 million deaths reported.

Some 10.9 million of those cases were reported to the World Health Organization (WHO) in the last two weeks of April.

It took until June 28 2020 for global Covid cases to reach 10 million, six months after the WHO was first alerted to the virus in China.

It is hard to compare cases now to the early stages of the pandemic when testing was scarce.

WHO leaders called for more collaboration from wealthy countries to share vaccines in order to move the whole world out of the pandemic.

Head of the WHO, Tedros Adhanom Ghebreyesus, said on Monday: “More cases of Covid-19 have been reported globally in the past two weeks than during the first six months of the pandemic.

“India and Brazil account for more than half of last week’s cases, but there are many other countries all over the world that face a very fragile situation.

“What is happening in India and Brazil could happen elsewhere unless we all take these public health precautions that WHO has been calling for since the beginning of the pandemic.

“Vaccines are part of the answer, but they are not the only answer.” 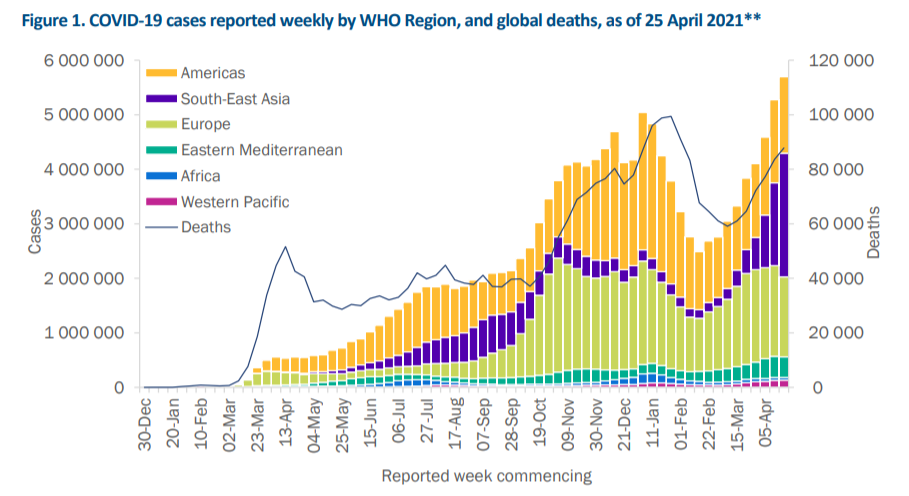 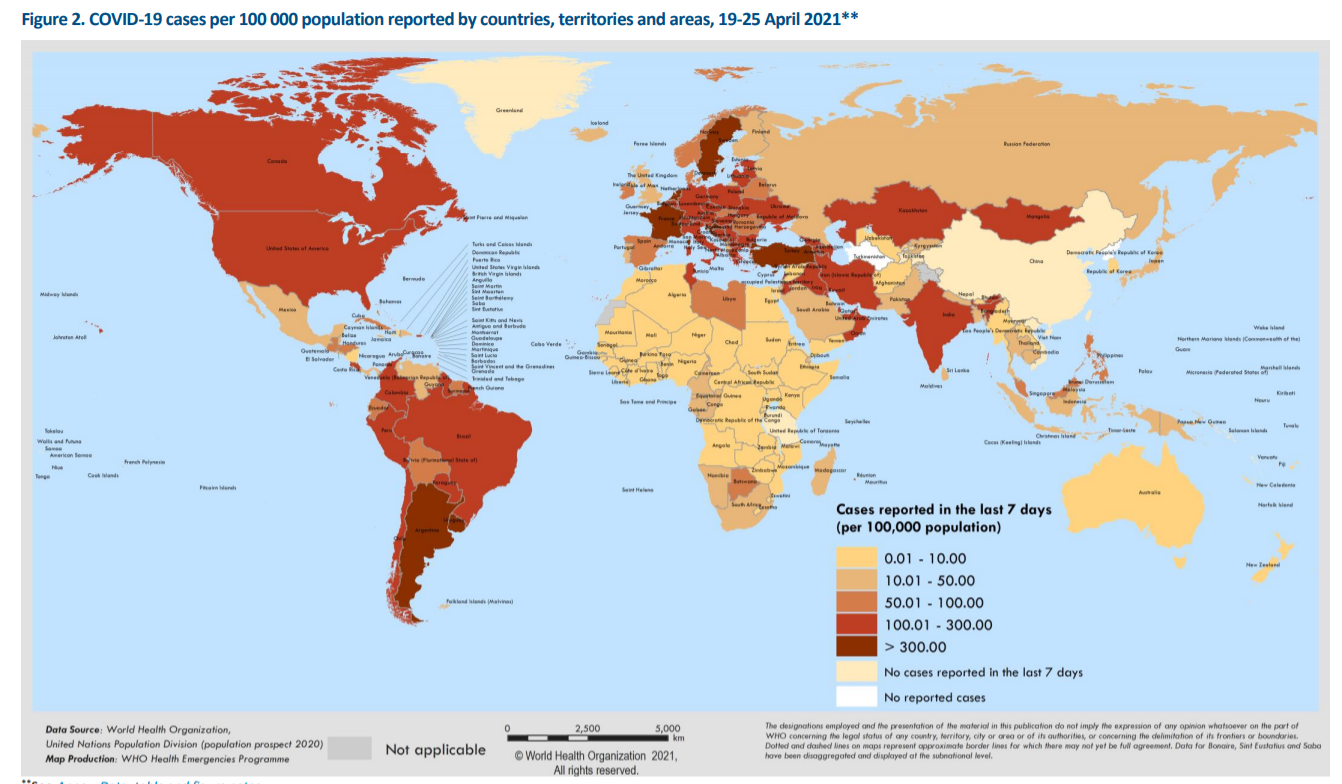 India is in the grips of a Covid catastrophe as Covid cases today passed 20 million.

But the true toll is likely to be far higher with deaths unaccounted for and infected people not tested.

A combination of low vaccinations, lack of lockdowns and pressure on health systems has contributed to the crisis, as new strains of Covid are also feared to be driving faster spread of the disease.

Which countries have the highest Covid tolls?

The WHO said that India accounts for the vast majority of
cases – 38 per cent of the global total in the last week of April.

According to data from Brazil's health ministry, a third of the country’s deaths this year have been a result of Covid.

Shortages of vaccines in the country have forced several large Brazilian cities to suspend administering second doses, according to AFP.

Dr Tedros said there were “severe supply constraints” to COVAX – a programme the aims to get vaccine doses to poor countries.

Initial targets for getting doses to low-income countries have been missed.

He praised Sweden for donating one million doses of AstraZeneca vaccines to COVAX following similar donations by France, New Zealand and Norway.

Drug giant Moderna is also providing 500 million doses of its vaccine to the scheme.

The UK is the third largest contributor to COVAX, donating around £550 million to the cause.

Former UK prime minister Gordon Brown, who was also at the conference, said the pandemic is becoming a “man-made catastrophe”.

“By our failure to extend vaccination more rapidly to every country, we are choosing who lives and who dies,” Mr Brown warned.

Other experts have said "no one is safe" unless vaccine rollouts are widened.

Dr Adam Kucharski, an epidemiologist at the London School of Hygiene and Tropical Medicine, said countries needed to be taking a “global view” on vaccines.

He said that “unfortunately we could well see the situation in India unfold elsewhere” because many countries have low vaccine rates and rising cases.

Dr Kucharski told BBC Radio 4’s World at One programme: “Places like Cambodia, Fiji and Mongolia are now struggling with outbreaks and lockdowns, so I think there’s some concerning signs really now and then there’s more potentially to come for a number of countries.

“So obviously there’s a need for reactive support for India, but we need to be thinking about how to get vaccines out equitably in the global landscape and really avoiding a situation where we have, for example, rich countries selectively choosing vaccines or vaccinating younger groups while humanitarian crises are unfolding in other countries.”

He said: “We can have vaccines that are working well domestically, but if you have variants emerging globally that’s going to be an ongoing threat.”