NEIGHBOURS are at war after a man has built a huge 16ft fence that blocks everyone’s view because he was "bored".

Ali, who lives in Sydney, Australia, said it was a combination of feeling bored in lockdown and wanting some privacy that led him to embark on the challenge. 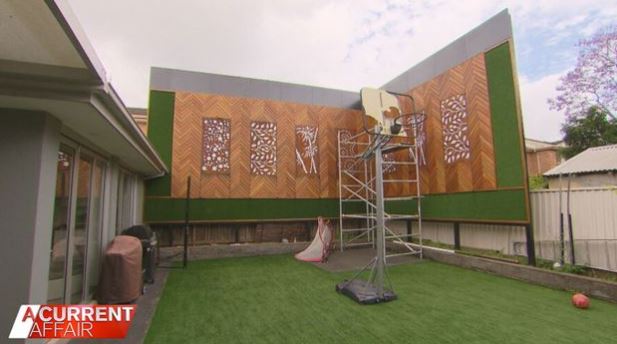 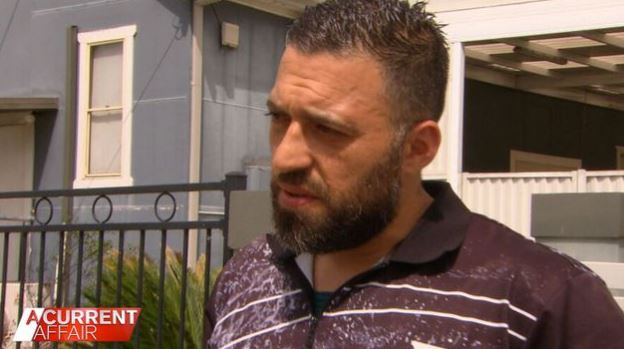 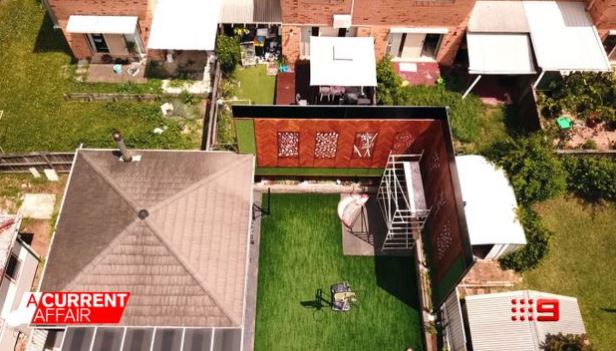 Now his new wall, which he dubs: "The Great Wall of Chester Hill", stands at three times the height of an average suburban fence – and neighbours aren't best pleased with the creation.

Saying he must have had a "Covid brain explosion", Ali told Australia's 9 Now: "Well, when you're sitting at home and you're not allowed to go nowhere and the neighbours are looking at you, you say 'you know what? I'm going to build a bloody wall."

"It's like going to an art museum when you look at it," he said proudly.

The wall is made from a steel frame and posts and potted gum timber in parquetry design.

There's even a panel that lights up in the dark.

The back of the wall isn't quite so fancy, with wires and nails sticking out.

Ali continued: "Yeah well I was going to do a nice feature on the other side as well but when you have d******* neighbours, then that's what happens."

The neighbours were so annoyed at Ali's creation that Cumberland Council has received several complaints.

They said it was very high and blocked the view.

Ali has now been issued a notice for the wall to be removed within two weeks.

He said he's put in a late appeal but will sell the fence on if necessary.

Pine trees once stood where the wall is now but Ali said explained that they dying so he removed them.

And back in the UK, a fuming couple slammed their neighbours for building a fence "as high as the Berlin wall" over a long-running row.

Tina Keogh, 59, claims she returned home from holiday to discover the "monstrous" 15ft-high corrugated iron fence had been erected along her Welsh home.

Peter and Sylvia Harries admit putting up the fence without planning permission – but say they need it for protection against their retired neighbours.

The neighbours have been locked in a bitter dispute for seven months with the cops having to be called on several occasions. 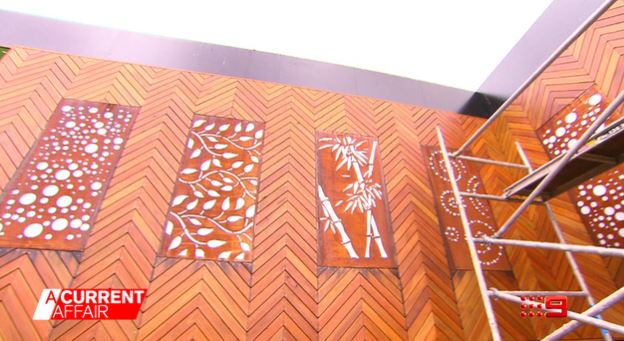 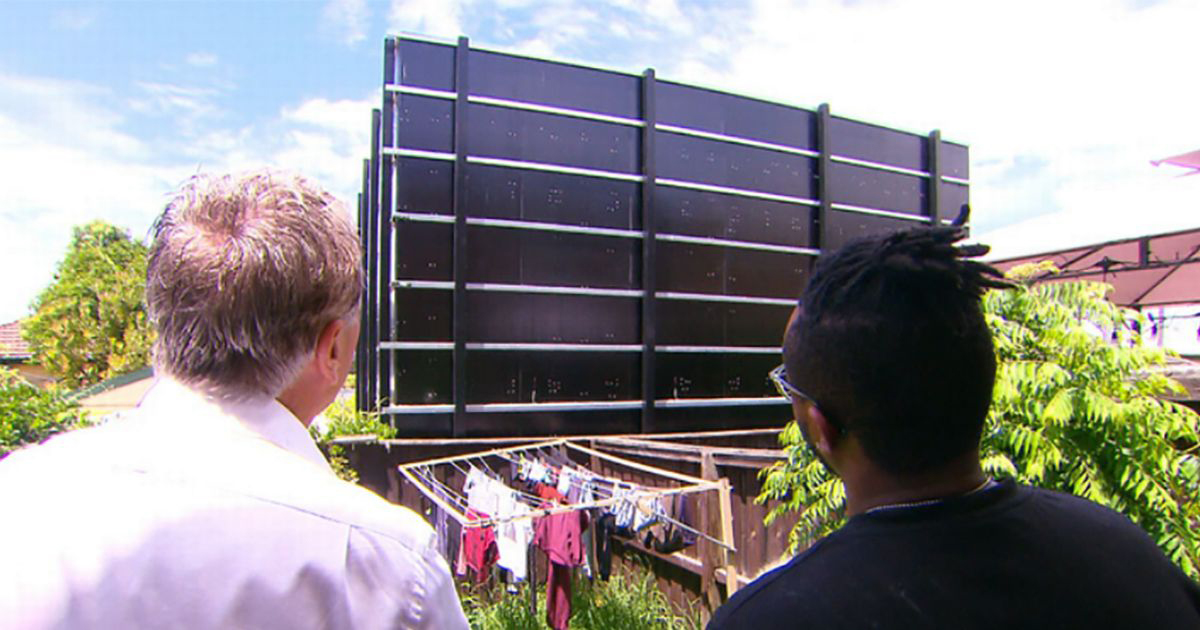