The best part of the NFL draft is, of course, watching all those young men live out the dream they've worked so long and hard to achieve. But the second-best part is the fashion. We typically only see these guys in football uniforms, but now they get to show off their best fits to the world on the NFL red carpet.

Here are the best looks of the night, in no particular order. 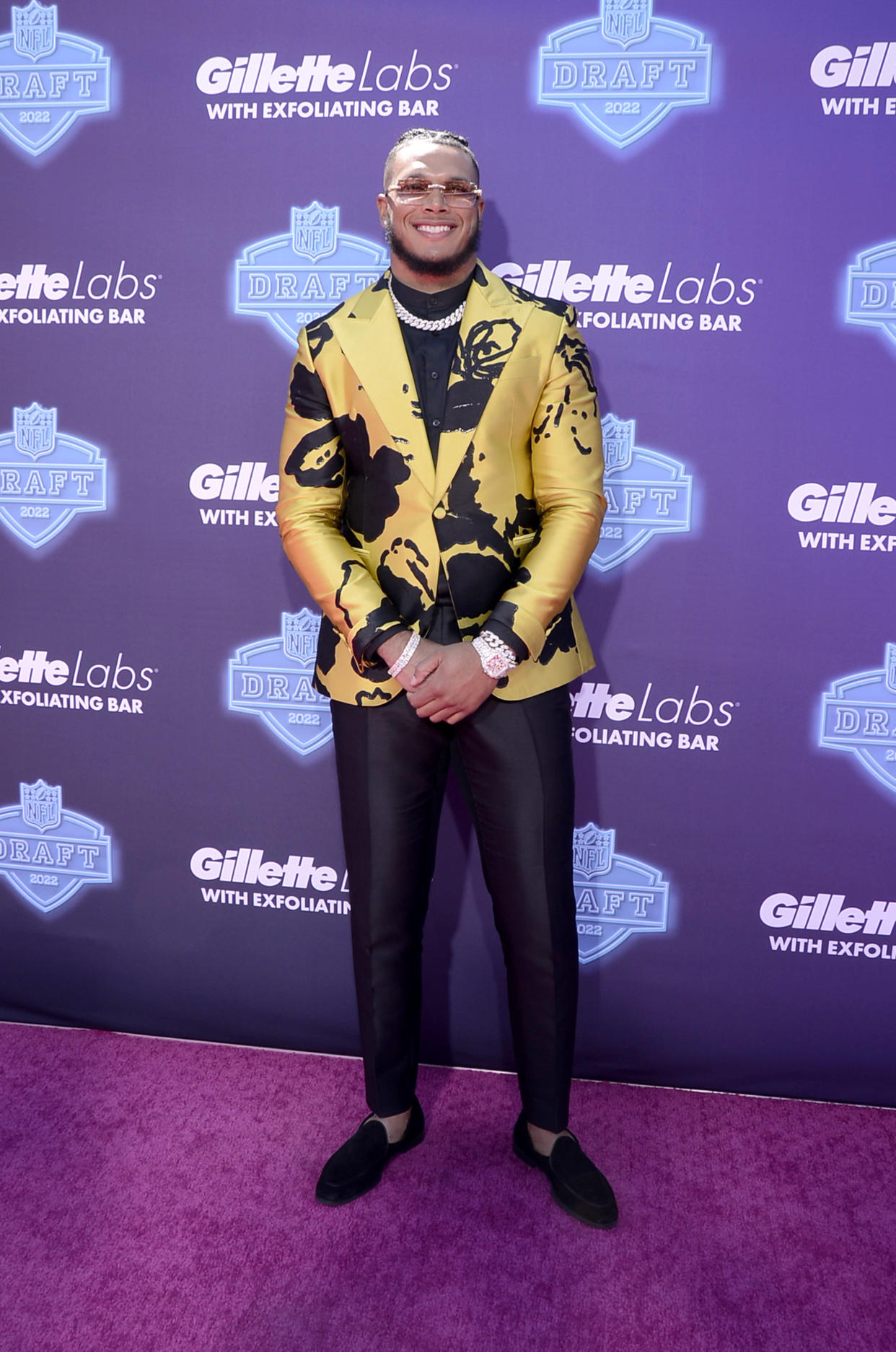 Johnson came to the red carpet in a gorgeous blazer that looked like it was made of a golden sheet of Pablo Picasso's doodles. 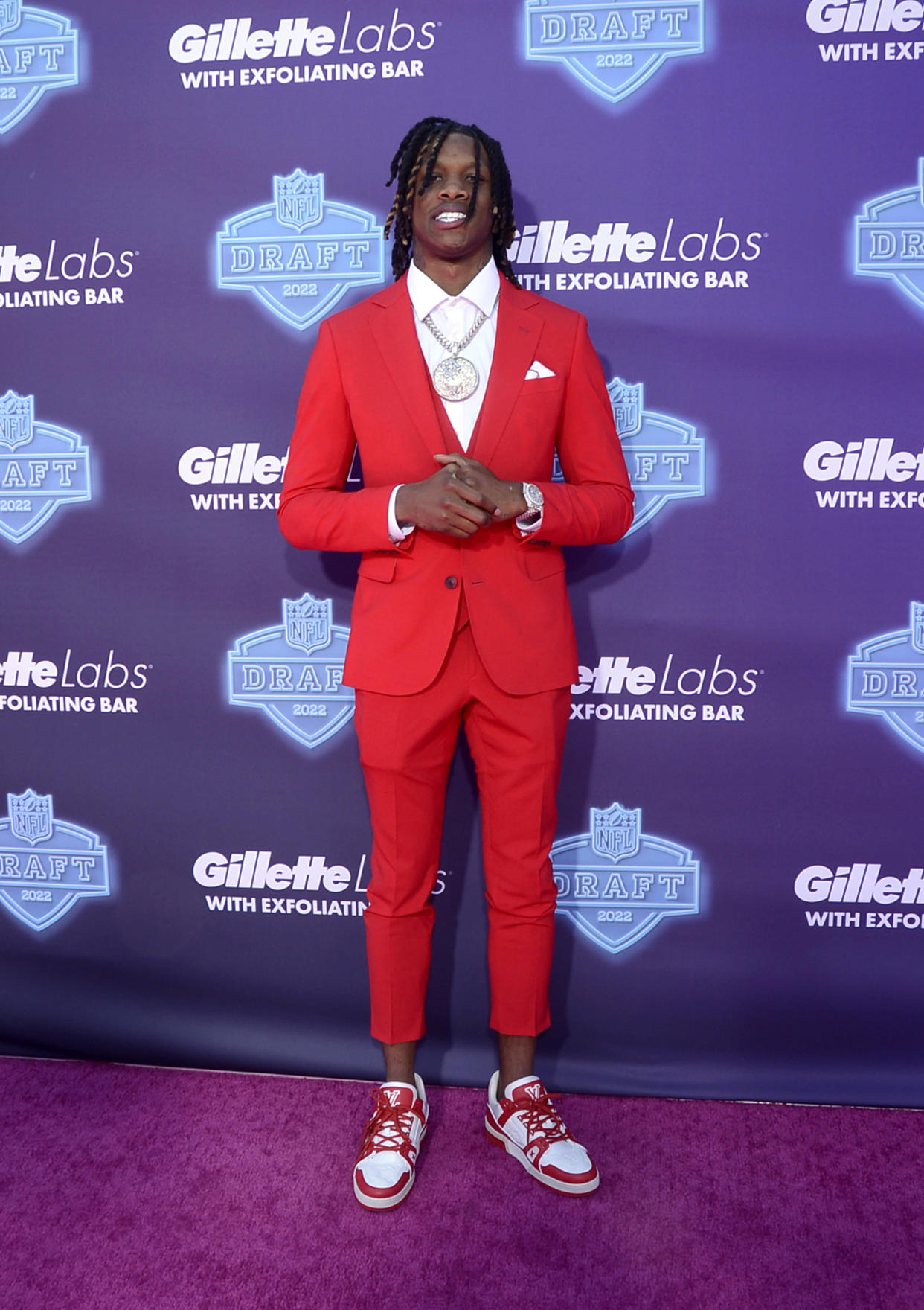 William arrived in a fire engine red suit with an enormous medallion around his neck. It's at least as large as an Olympic medal. 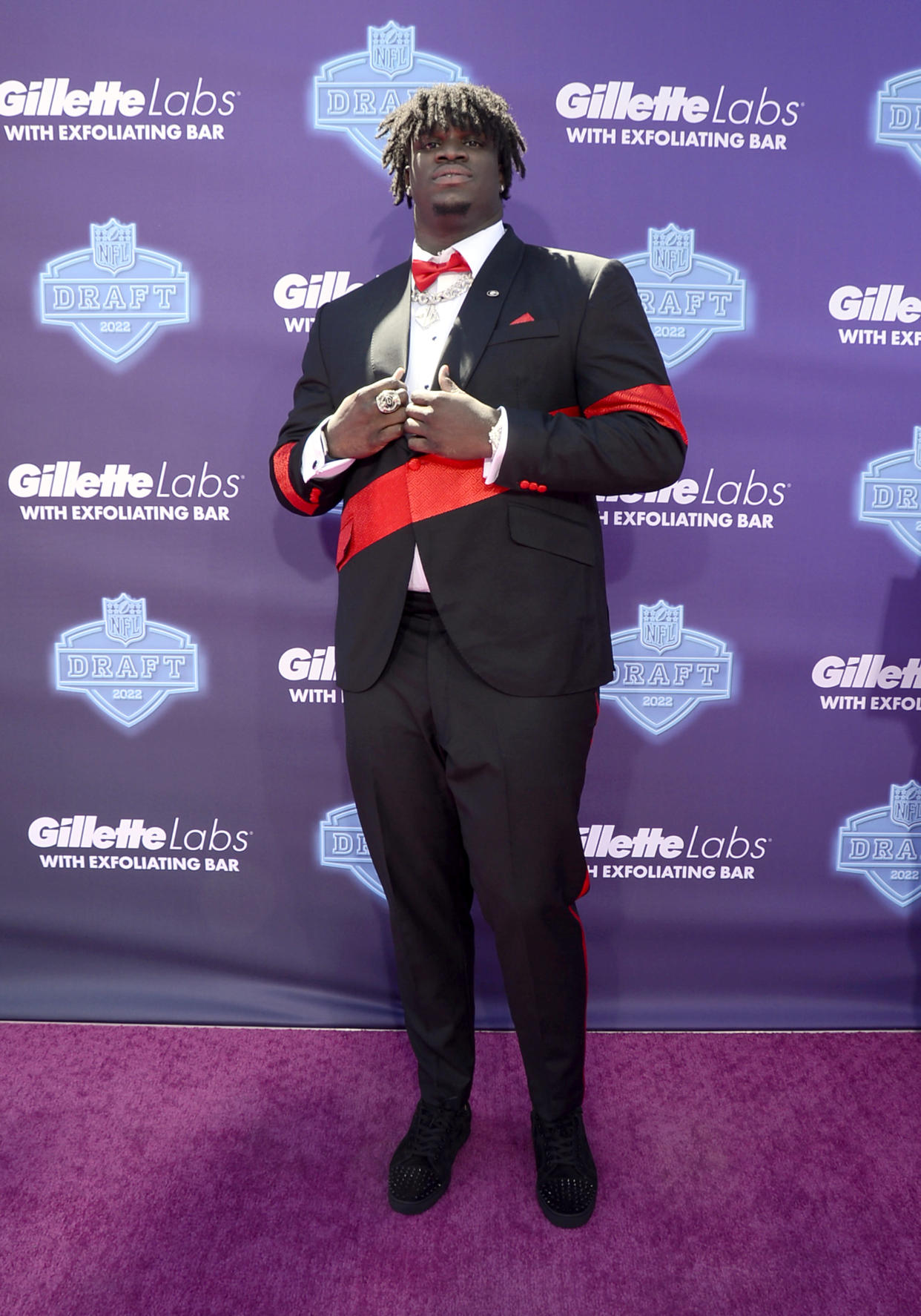 Davis walked the red carpet in a black suit with a bold red line across the middle of the blazer, and, of course, his championship ring. 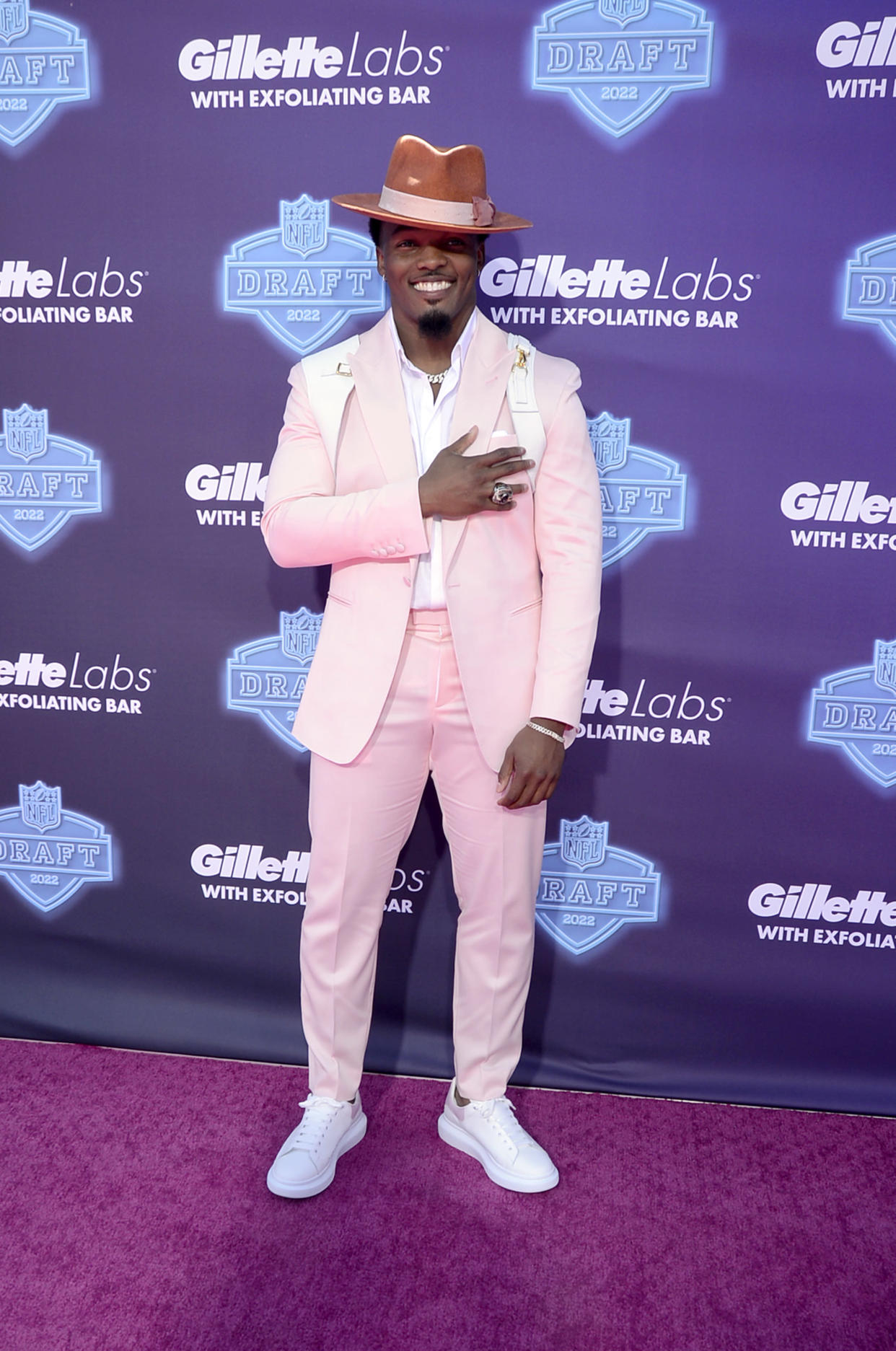 Dean's look was one of the most unexpected of the night. He wore a pastel pink suit, a white leather shoulder holster, and a brown hat with a matching pastel pink band. (And, of course, that championship ring.) He looks like a 1920s gangster whose white suit accidentally washed with a bright red sock, and it works for him. 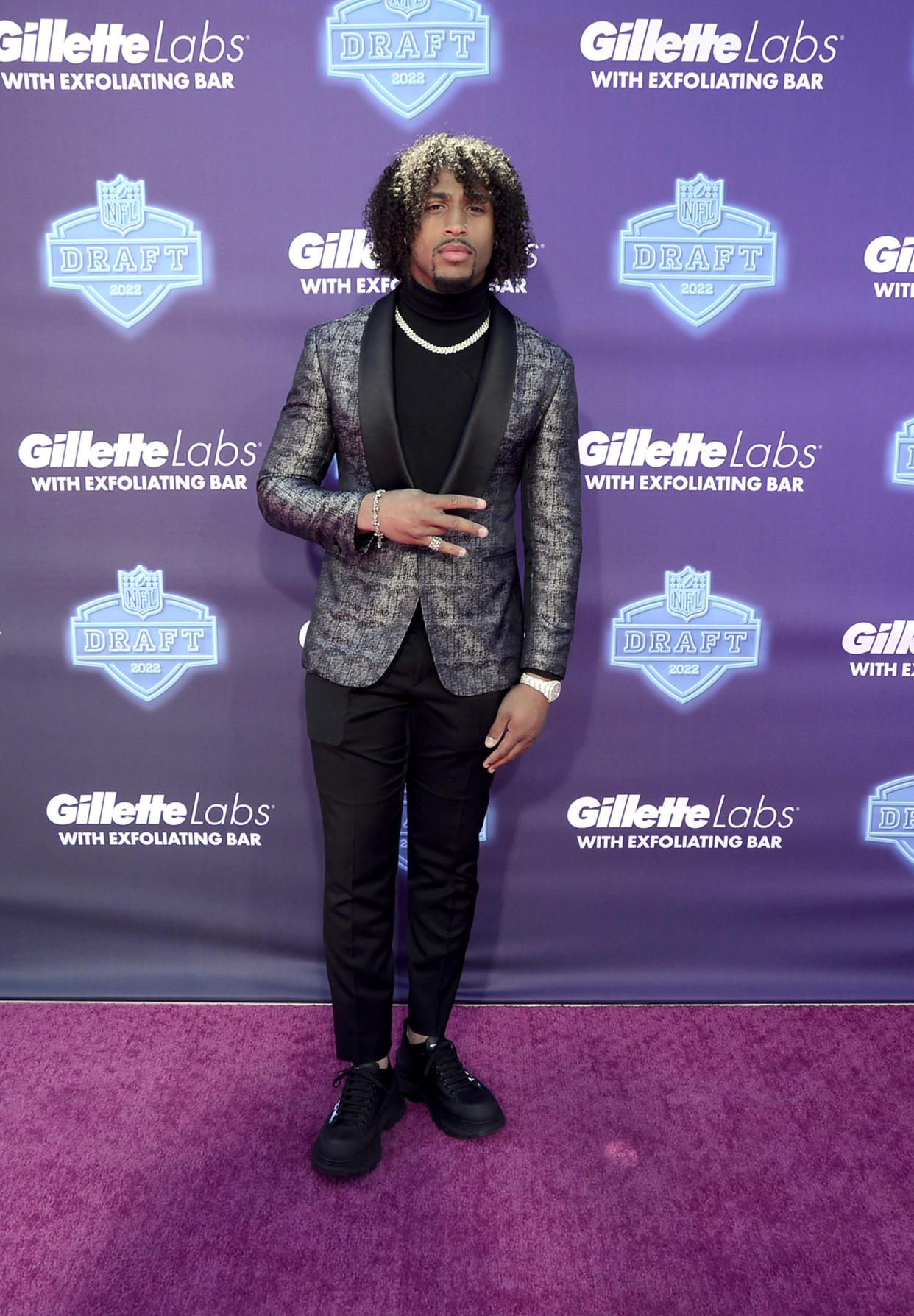 Another draftee with a wild blazer choice. Gordon's blazer is shimmery with a gray and black patter. 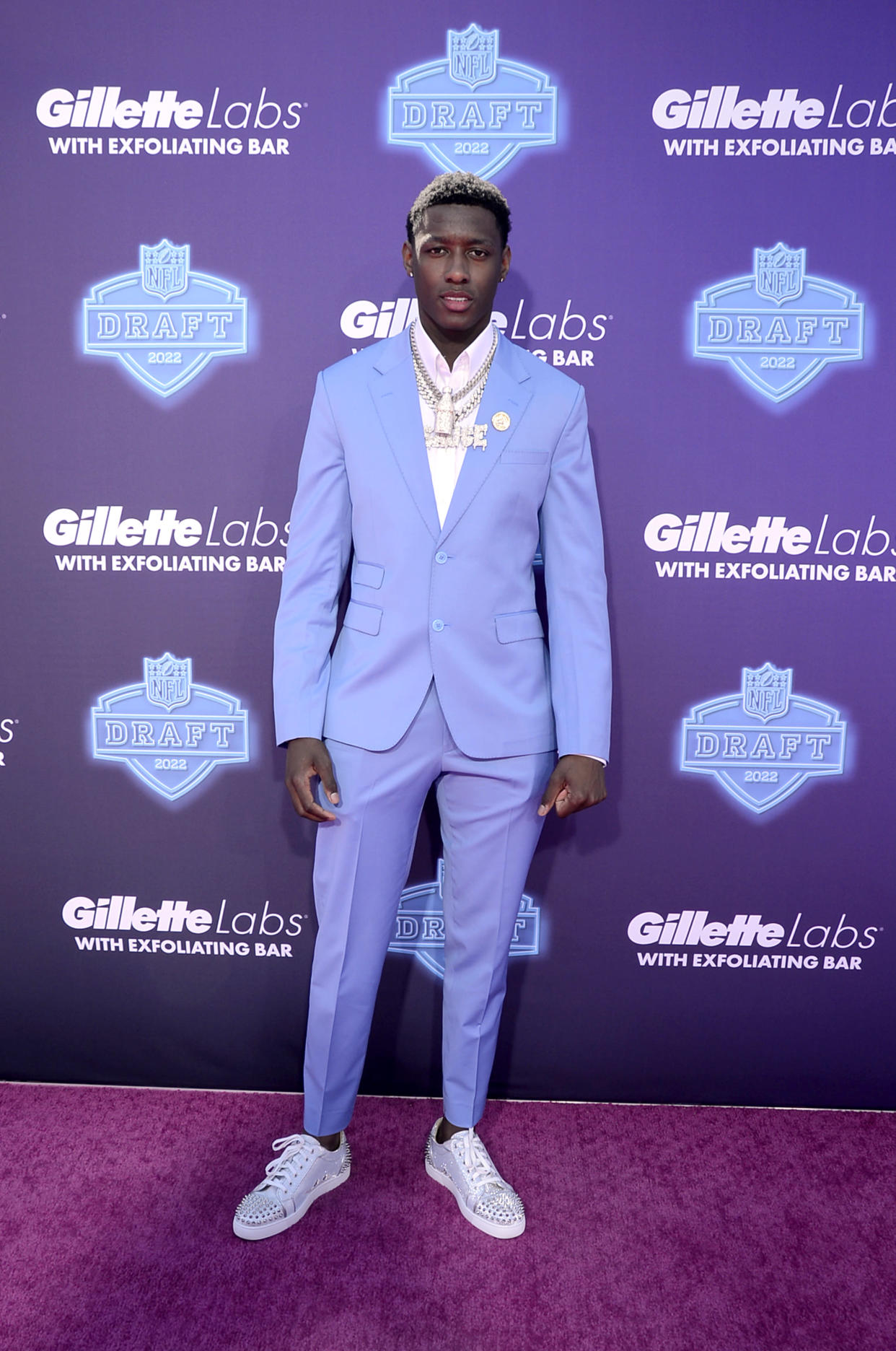 Gardner came in a baby blue suit, but is definitely the winner of most creative neck jewelry. He's wearing a necklace with his name and a little sauce bottle, and both are bejeweled to high heaven.

Here's Gardner explaining the meaning behind his necklace.

"You can never have too much sauce." 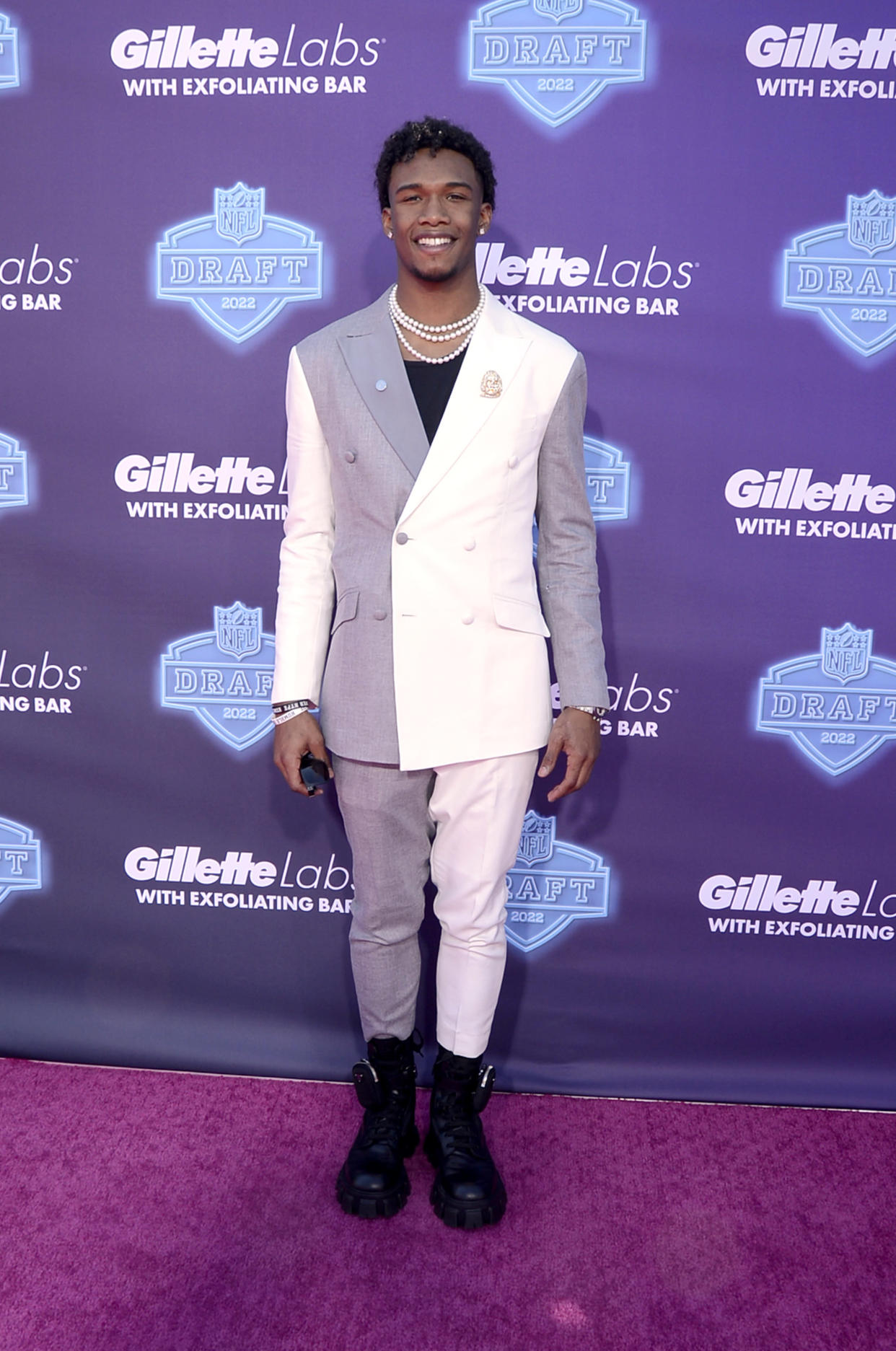 This look is pretty much as bold as you can get. A suit split down the middle, just like Two Face's suit, with white on one side and gray on the other. He's wearing a black shirt, three strings of pearls, and a brooch. Like it or not, you've gotta admire how daring it is. 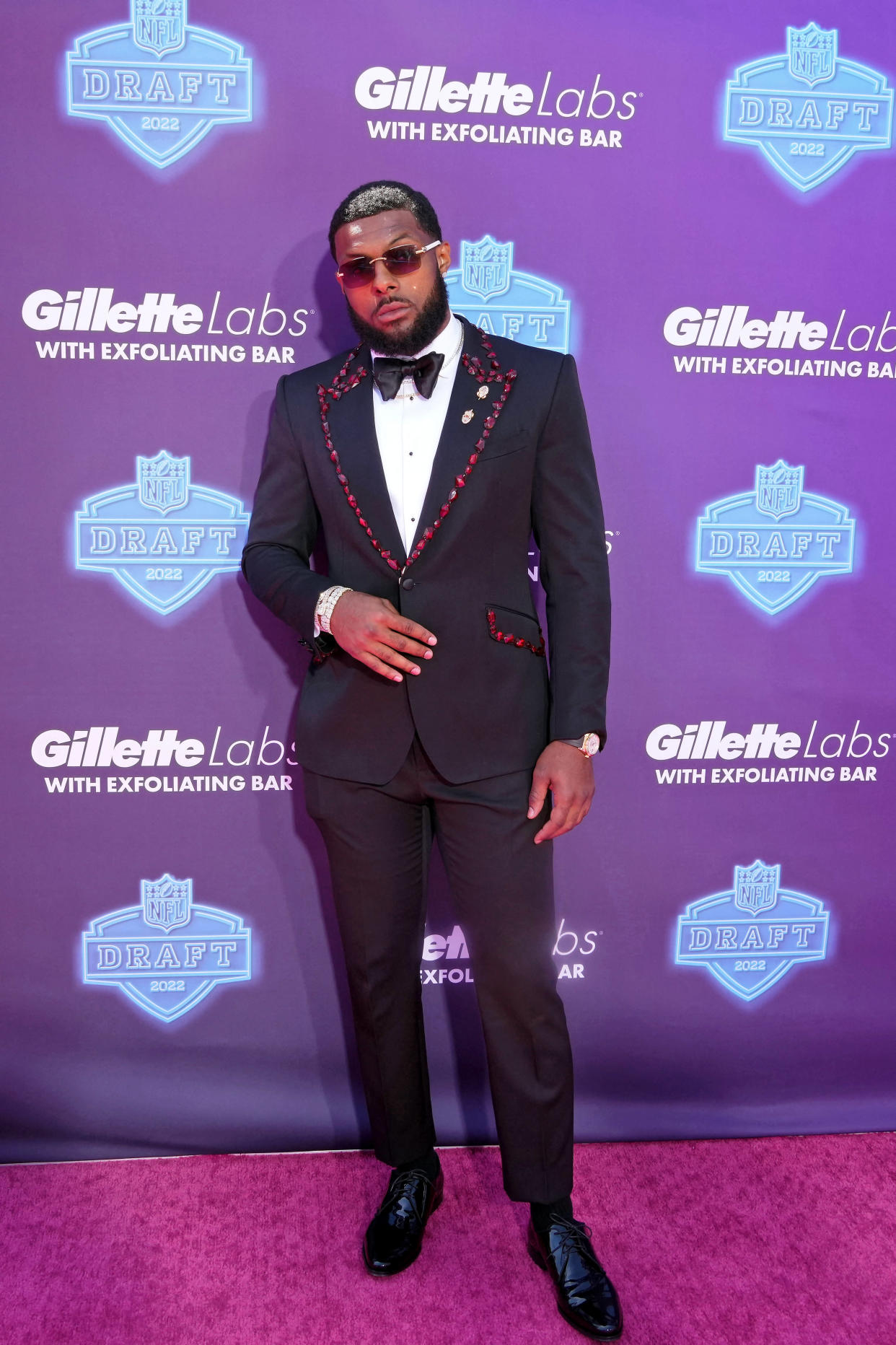 Thibodeaux has one of the best suits of the night. The pocket flap and the edges of his lapels have been bejeweled with red stones. And you can tell he feels really confident in it.

Does @kayvont have the suit of the night? 👀🔥 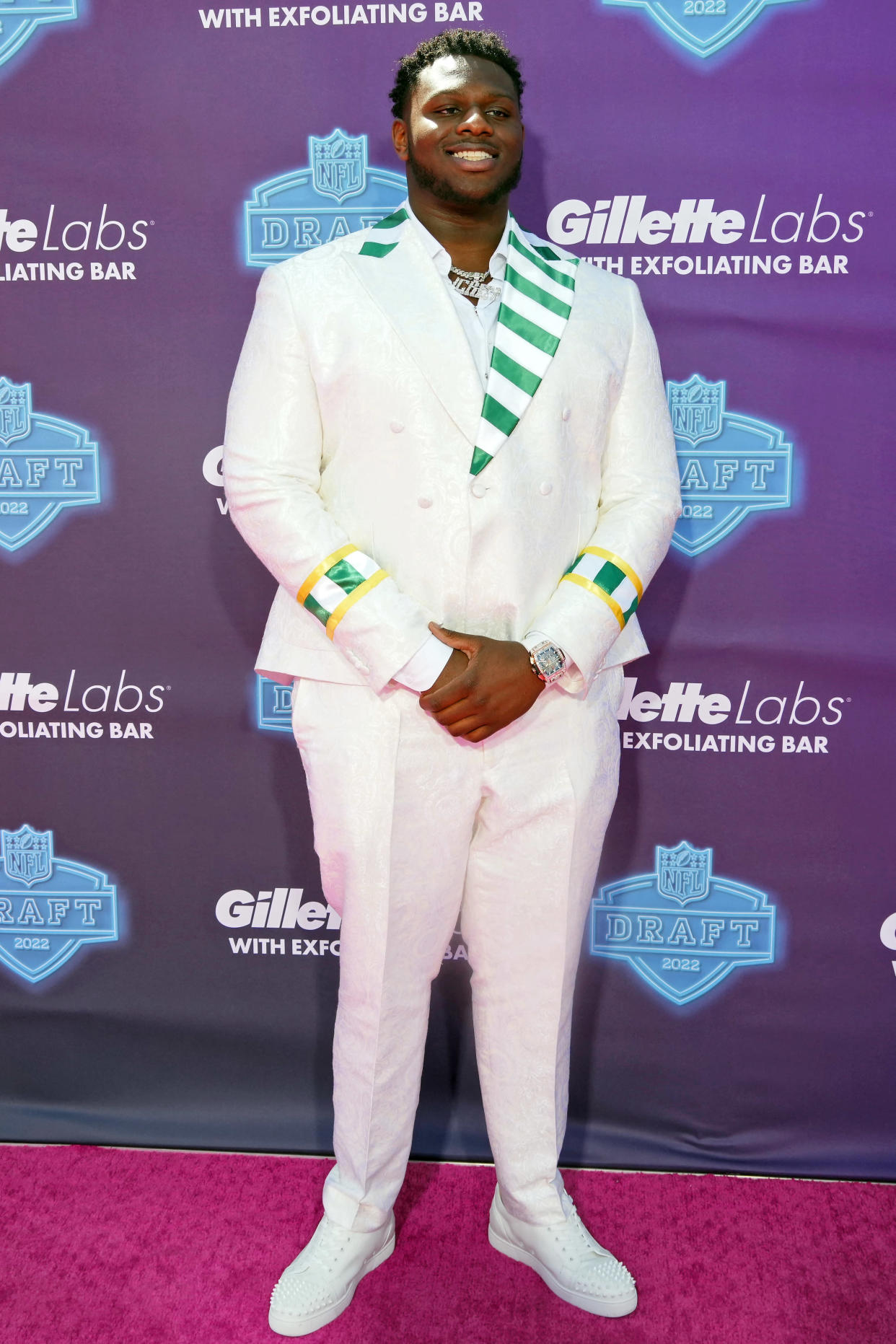 Ekwonu wore his Nigerian heritage with a suit in the colors of the Nigerian flag: green and white.