More than a dozen people were injured Thursday after a bus crashed into an underpass column at a Bronx train station.

The dramatic scene happened around 11 a.m. at the Woodland station on Jerome Ave.

The bus then veers off to the side and careens into a subway support pillar. 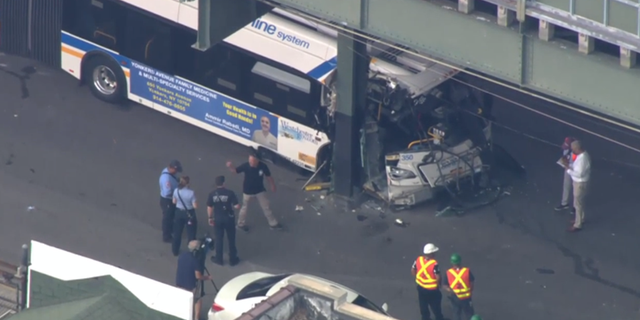 Aftermath of the bus crash.
(Fox 5)

The driver of the vehicle in the outside lane told the station he did not see the other car when changing lanes.

Police told The New York Daily News that a 69-year-old man was taken to Jacobi Medical Center in critical condition.

No further details were released.