This is the moment police officers ‘grab’ a terrified autistic man outside his grandmother’s home in an alleged case of ‘mistaken identity.’

West Midlands Police has confirmed its Professional Standards Department is investigating the incident which took place in Handsworth, Birmingham, on September 2.

Mohammed Awais Khan, 20, had visited his grandmother’s home when a police van turned up and officers got out. 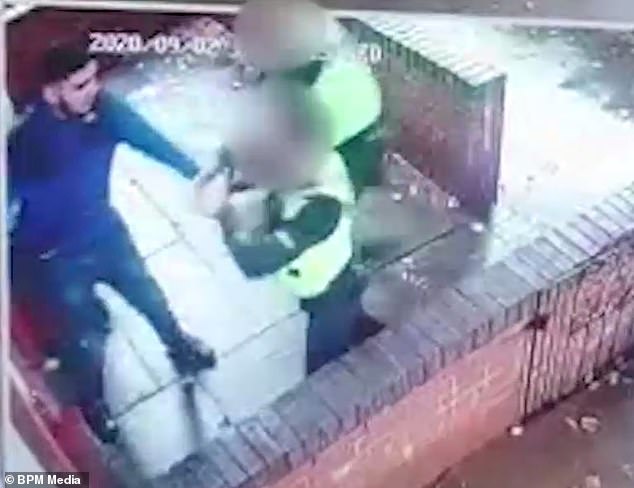 This is the moment three police officers attempted to detain Mohammed Awais Khan, 20, left, as he arrived at his grandmother’s house in Handsworth, Birmingham 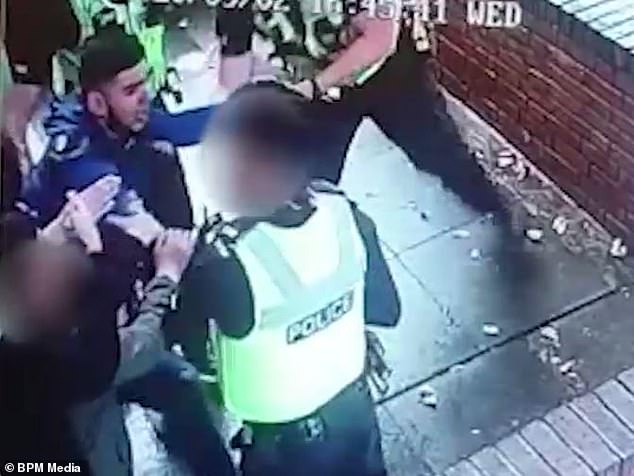 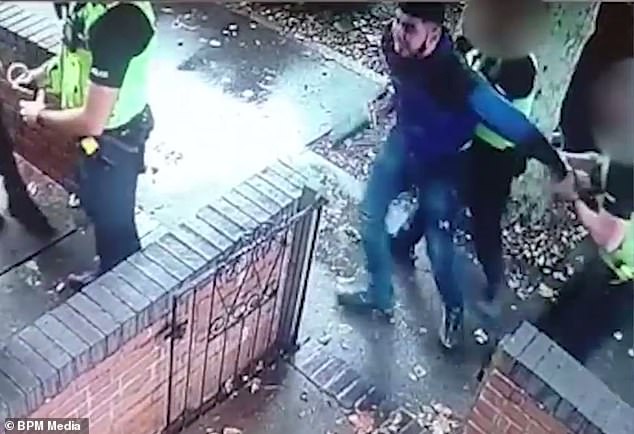 Mr Khan’s family, who tried to intervene, attempted to tell officers that the 20-year-old has autism and did not understand what was happening to him

A video captured by a neighbour shows him being detained by three police officers, who try to lead him out of the driveway before two other officers arrive to help. Mr Khan resists the officers while other family members, including his grandmother and mother, protest.

In the end, the officers let Mr Khan go and his family claim the episode was a case of mistaken identity.

His mother, Zainab Shazad, said: ‘It was a shocking incident. ‘My son was truly terrified. He suffers from autism and ADHD and to be faced with something like his would be very distressing for him.

‘As you can see in the footage the officers approach him and just grab him. They don’t try to speak to him first they just grab him and this just upsets him.

‘He does resist and try to get away from them as he doesn’t understand what’s going on. They haven’t explained why they did this to him.

‘It was a few minutes until they let him go. There was no apology or explanation from the police officers they just went on their way.’

Ms Shazad said she had made an official complaint to West Midlands Police. Ms Shazad added: ‘He was left with bruising to his wrists. But the physical scars heal.

‘He is now very wary of going out and this incident has just made his mental frame of mind even worse.

‘I really do want an apology from police and answers to why this happened.’

A West Midlands Police spokeswoman said: ‘We can confirm that our professional standards department are investigating this complaint.

‘We’re in contact with the family so we can obtain the footage and discuss their concerns.’