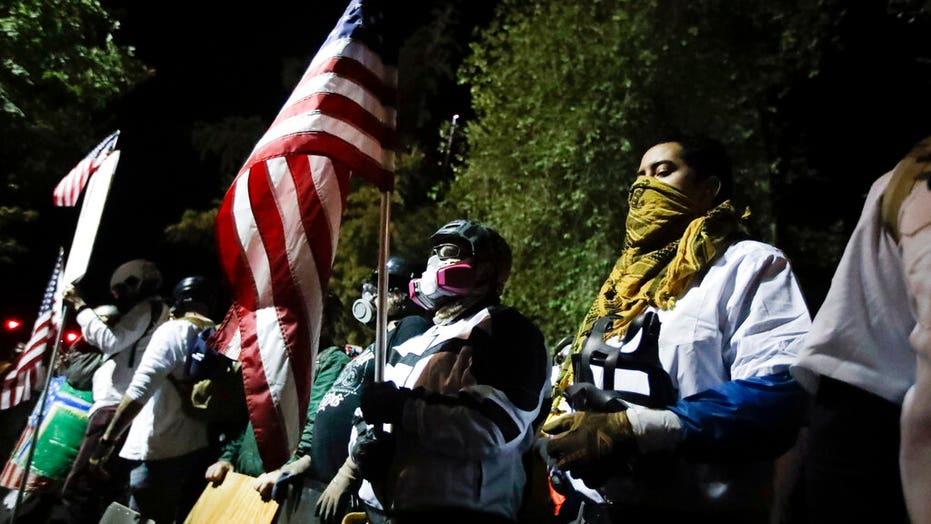 Portland protests remained peaceful Friday night as over a thousand demonstrators gathered in front of downtown's courthouse, just days after federal officers withdrew from the city. 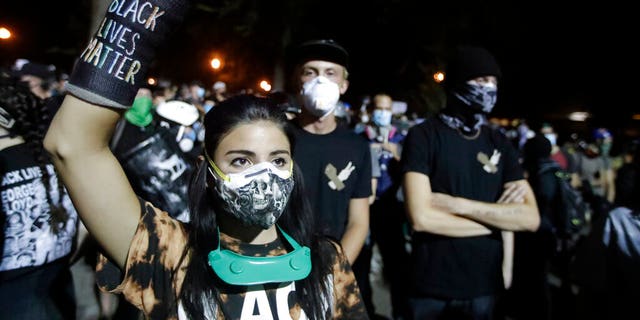 A demonstrator raises her fist while listening to a speech during a Black Lives Matter protest at the Mark O. Hatfield United States Courthouse Thursday, July 30, 2020, in Portland, Ore. After days of clashes with federal police, the crowd outside of the federal courthouse remained peaceful Thursday night.
(AP)

The scene was in stark contrast to previous nights in the over 60 days of protests in the same spot following the death of George Floyd, where demonstrators pelted police with bottles, fireworks and other projectiles and attacked the fence around the courthouse, setting fires around the area and police deploying pepper spray to disperse crowds.

Since Democratic Gov. Kate Brown announced federal officers would begin a "phased withdrawal" from the city as part of an agreement with Trump's Department of Homeland Security on Thursday, the city has remained notably less angst-filled.

Isolated pockets of disturbance punctuated the otherwise calm movement after midnight Saturday, and protesters were quick to chastize rogue actors.

PORTLAND BUSINESS OWNER DESCRIBES 'DEVASTATING SITUATION,' SAYS 'THERE ARE NO CONSEQUENCES' FOR CRIMES

A lone firework was thrown across the fence and at the courthouse, where officers stood guard inside and other demonstrators pleaded with the crowd to remain non-violent.

Later, a few small fires were occasionally started outside the courthouse, and protesters helped to put out at least one of them.

A group identified as “Firefighters for Black Lives Matter” gathered in a small park a couple of miles west of the courthouse. Another group, “Unemployed Workers for Black Lives” began to march towards the federal building around 8 p.m. People stood next to a makeshift memorial, with the pictures and names of Black people killed by police, at the Waterfront Park. A parade of cars with Black Lives Matter signs taped to their windows slowed traffic in the city. 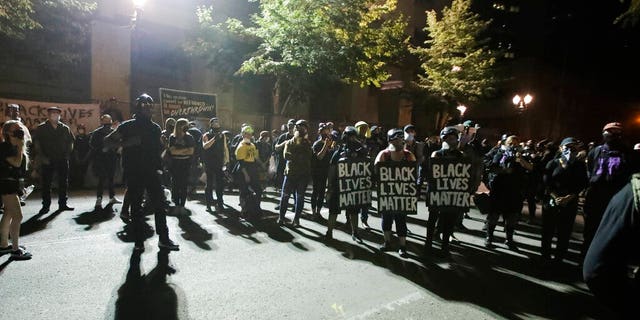 Just after midnight, the crowd had grown to over 1,000 people who remained outside chanting “Black Lives Matter” and shouting the names of Black people killed by police. Groups were also standing together engaging in conversations about social injustice.

President Trump had sent officers from the U.S. Customs and Border Protection, the U.S. Marshals Service, and Immigration and Customs Enforcement to protect federal property in the city but the move only heightened the angst and violence in the city, which was already reeling from months of demonstrations.

Brown said that once federal agents clear the city, Oregon State Police would be the primary law enforcement body with a presence in the city.

Related posts:
LyfeStyle News:
Fortnite finally has cars. Here’s your guide on where to find & drive them
Arsenal boss Mikel Arteta buys £20,000 guard dog after series of high-profile raids on Premier League stars houses
Who Wants To Be A Millionaire player uses lifelines on 'easy' question
How Many Major Lawsuits Have Meghan Markle and Prince Harry Filed?
Angel investor wants to hire teacher for backyard 'microschool'
Recent Posts
This website uses cookies to improve your user experience and to provide you with advertisements that are relevant to your interests. By continuing to browse the site you are agreeing to our use of cookies.Ok