A Russian jet flew within 25 feet of a US surveillance plane during an ‘unsafe’ maneuver at high-speed over the Mediterranean Sea.

A Kremlin SU-35 carried out an ‘inverted’ intercept on a US P-8A Poseidon aircraft that lasted 42 minutes yesterday, according to the US Navy.

According to the statement one of the Navy’s aircraft was intercepted by the Russian jet while flying in international airspace over the Mediterranean Sea.

It was claimed by the Navy that its aircraft ‘was operating consistent with international law and did not provoke this Russian activity’ when it was approached by the jet. 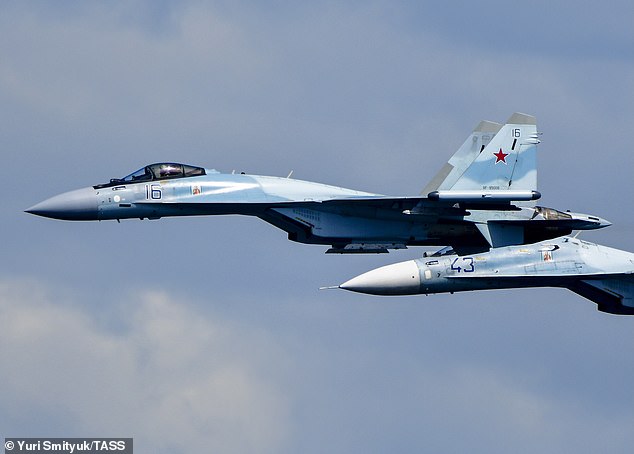 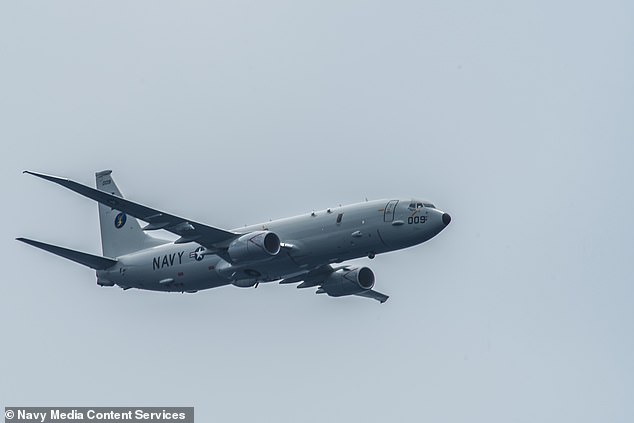 The Navy’s 6th Fleet, which is based in Gaeta on Italy’s western coast, described the incident as ‘irresponsible’.

It said in a statement: ‘The interaction was determined to be unsafe due to the SU-35 conducting a high-speed, inverted maneuver, 25 feet directly in front of the mission aircraft, which put our pilots and crew at risk.

‘The crew of the P-8A reported wake turbulence following the interaction. The duration of the intercept was approximately 42 minutes.

‘While the Russian aircraft was operating in international airspace, this interaction was irresponsible.

‘We expect them to behave within international standards set to ensure safety and to prevent incidents.’

The crew of the P-8A Poseidon was said to have experienced ‘wake turbulence’ during the inverted maneuver. 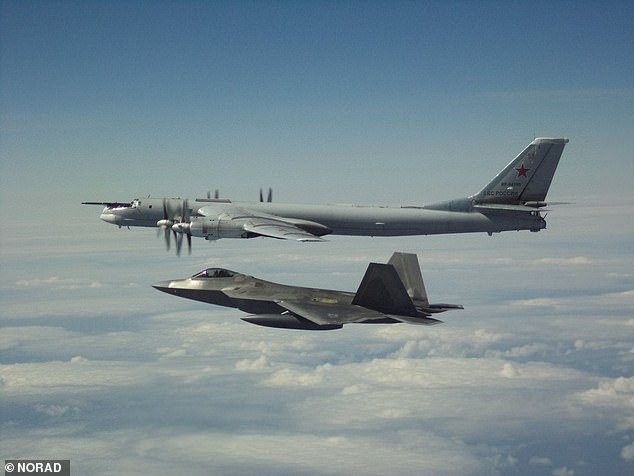 A Russian SU-35 jet performed a similar maneuver towards a P-8A Poseidon over the Mediterranean Sea in June 2019.

The jet ‘dangerously buzzed’ the US aircraft three times over three hours and conducted a pass directly in front of it.

Officials from the 6th Fleet said at the time that the US plane was not trying to bait or ‘provoke this Russian activity’, adding again that the stunt was ‘irresponsible’.

The recent encounter comes as Russia performed another provocative test on Wednesday by firing an anti-satellite missile, according to US Space Command.

Russia’s missile system is capable of destroying satellites in low Earth orbit and comes on the heels of Russia’s on-orbit testing the US highlighted in February, the statement said.

Gen. John W. ‘Jay’ Raymond, USSPACECOM commander and US Space Force Chief of Space Operations, said the US will defend itself against ‘hostile acts in space’.

He said in statement: ‘The United States is ready and committed to deterring aggression and defending the Nation, our allies and US interests from hostile acts in space.

‘This test is further proof of Russia’s hypocritical advocacy of outer space arms control proposals designed to restrict the capabilities of the United States while clearly having no intention of halting their counterspace weapons programs.

‘Space is critical to all nations and our way of life. The demands on space systems continue in this time of crisis where global logistics, transportation and communication are key to defeating the COVID-19 pandemic.

‘It is a shared interest and responsibility of all space-faring nations to create safe, stable and operationally sustainable conditions for space activities, including commercial, civil and national security activities,’ Raymond added.

Russian and Chinese anti-satellite weapons were cited as one of the reasons for the US to create a Space Force to defend its equipment.