A 66-year-old inmate at San Quentin State Prison in California was found dead Wednesday, and authorities believe a 28-year-old fellow inmate may be responsible.

The body of John Sullivan, who had been convicted of failing to register as a sex offender, and was serving a 10-year sentence, was found unresponsive around 12:40 a.m. He was declared dead soon after, the California Department of Corrections and Rehabilitation told the East Bay Times.

The circumstances of the death were not disclosed. 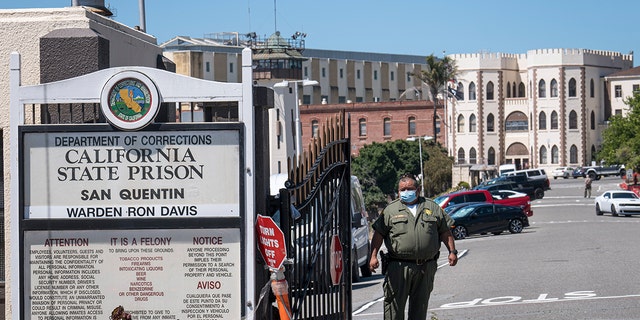 The suspect was identified as Sammeon Waller, who had been convicted of assaulting his 82-year-old grandfather and fleeing in the victim’s minivan, the newspaper’s report said.

Waller, who was serving a seven-year sentence, was placed in “administrative segregation” after being linked to Sullivan’s death, the report said.

An investigation into Sullivan’s death was continuing, authorities said.