Thirty-four minutes into her first-round match at Wimbledon last year, Serena Williams led 3-1 over Aliaksandra Sasnovich. Despite heavy taping around her right thigh, Williams looked good. She was precise. She was powerful. There was hope.

And then, just like that, her hamstring gave out. Pain and tears quickly washed across her face.

At 39 years old and without a major championship in over four injury-riddled years, it was fair to wonder if this was, at last, it.

Would Serena, the once wunderkind little sister of Venus, whose family rewrote nearly everything about women’s tennis, eventually retire from competitive tennis with her 23 major championships, just one short of Margaret Court’s record 24?

Was this the end of an improbable run that began on the humble asphalt of East Rancho Dominguez Park — which her father, Richard, dubbed the “Compton Hills Country Club” — to the pinnacle of one of the world’s oldest and most elite sports?

As she sat out the ensuing U.S., Australian and French Opens, the speculation just increased.

Well, it turns out, no, she isn’t done. Not yet at least.

On Tuesday Serena announced via Instagram she would return to Wimbledon this summer via a wildcard exemption.

At 40, Williams will give it another go. Maybe for the last time. Maybe not.

Either way, she is there to triumph and if Serena is ever going to give a curtain call, let alone tie or eventually break Court’s mark, then it is probably now or never.

Williams hasn’t won a major since the 2017 Australian Open, where, at 35, she became the oldest female to ever accomplish the feat. Since then, she became a mom and fought the grind of age — she keeps getting older as younger players keep arriving.

Yet it is the grass of Wimbledon, and then the hard court of New York, that she’s performed her best of late. She reached the finals in both tournaments in 2018 and 2019 and the semifinals of the U.S. in 2020. (COVID wiped out Wimbledon in 2020). Just making it that far was incredible. She been very competitive. 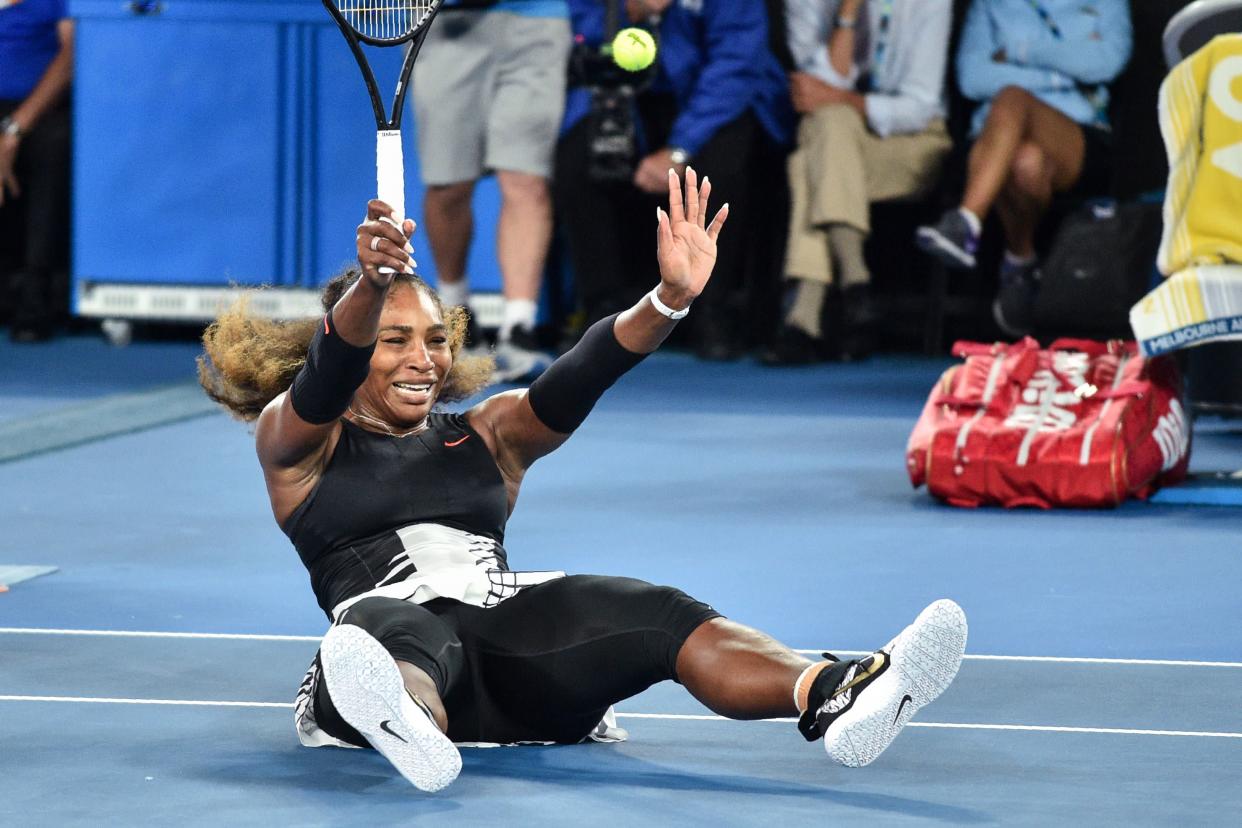 These are her best events, though. Throughout her career, she’s won Wimbledon and the U.S. Open seven times. That includes an historic triumph at age 17 in the U.S. Open that swept in a new era for the sport. That was nearly 23 years ago.

For Serena, this is about winning. She doesn’t need the money. She certainly doesn’t need any more fame. Her legacy as an all-time great, if not the greatest, is secure. Whatever she is chasing is internal.

The longevity of her career probably makes her the best ever. Steffi Graf had a better run, winning 21 of her 22 majors in a 10-year stretch from 1987-1996, but the German star also retired at age of 30. Serena won 10 majors after that age, redefining career lengths and what is possible for all female athletes.

And while Court has the most majors, 11 of them came in her native Australia from 1960-71, a time when many of the best players didn’t bother to travel to Melbourne to compete. The depth of talent in the sport is also non-comparable.

Can Serena muster up one more run? Any cold, calculating analysis at it suggests it is unlikely. Inactivity has dropped her to 1,208 in the world rankings, hence the need for the wild card. No one has seen her in a competitive environment since she couldn’t last a set at Wimbledon. She didn’t get any younger during that time.

Yet it was Serena who broke through and won the family’s first major with that U.S. Open. And it is Serena who pushed past Venus and outlasted nearly everyone else.

She won that first one against the great Martina Hingis, who was just a year her senior, yet stopped winning majors in 1999. The world’s current No. 1, Iga Swiatek, wasn’t born until 2001.

Serena will enter the Eastbourne International tournament this weekend, a grass court, England-based tune-up that should give a better indication of what she still has to offer and whether she is healthy enough to survive the grind of a seven-match, two-week major.

Either way, Serena should be back at Wimbledon, back in tennis, back trying and trying long after everyone else would have (and have) shut it down. That alone is something to celebrate.

Is there one more in her? Two?

Anything is possible. That’s always been the story with her.