A mother says she has had human faeces, rubbish and sex toys thrown into her front yard and her pet chickens eaten by cats by her housing commission neighbours.

The woman, who lives on the outskirts of Darwin, claims she’s made a series of calls to the Northern Territory government which have gone unanswered for months.

Fed-up and sickened, the anonymous single mum has gone public with her complaints saying her neighbours have become ‘impossible to tolerate’.

A public housing sits on the other side of the woman’s fence, the tenants of which had never given her any trouble in the 20 years she’s lived there. 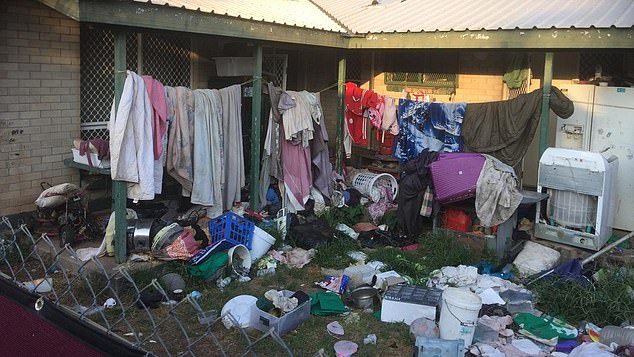 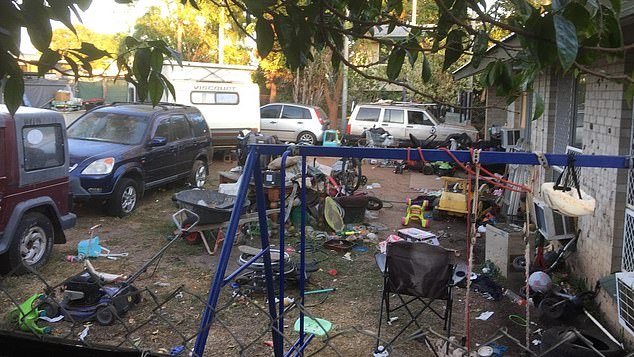 The neighbours yard has a collection of broken and discarded items just sitting in the yard, with rats even living in the cars on the property (above)

The new occupants, however, have brought the stench of faeces and decomposition to both sides of the gate.

‘They have decomposing rubbish draped over the front fence to try and hide their filth … (and) there is a heap of rubbish piled up against the front fence that recently caught fire, putting my home at risk,’ she claimed.

She said her neighbours have even erected a 3-metre-wide pile of decomposing rubbish.

Junk is littered around her home, with children’s belongings, white goods and sex toys strewn across her yard.

Unrestrained feral animals also roam the yard and the piles of rubbish are rat infested, the single mum claims. 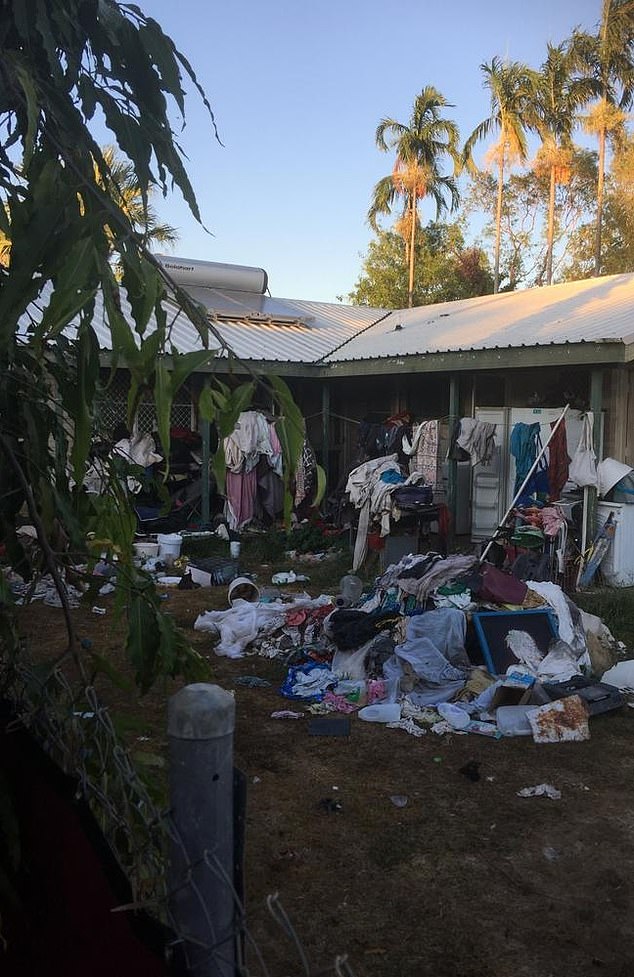 The woman even claimed her neighbour’s ‘rubbish pile’ (above) caught on fire beside her yard one time, endangering her and her property

A dog has given birth to more than 30 troublemaking puppies in the area in the last two and a half years, she claims.

Cats, she said, plucked the breasts from out of her chooks while they were still alive.

The mother said even when she tries to rest after another chaotic day, the sound of banging from next door keeps her awake late into the night.

She said she worked all her life to pay off her home while raising a child.

‘Now in retirement, I am confronted with this filth in a so-called civilised society,’ she said.

A dozen desperate calls and emails to the Department of Territory Families, Housing and Communities have gone unanswered, the woman claims. 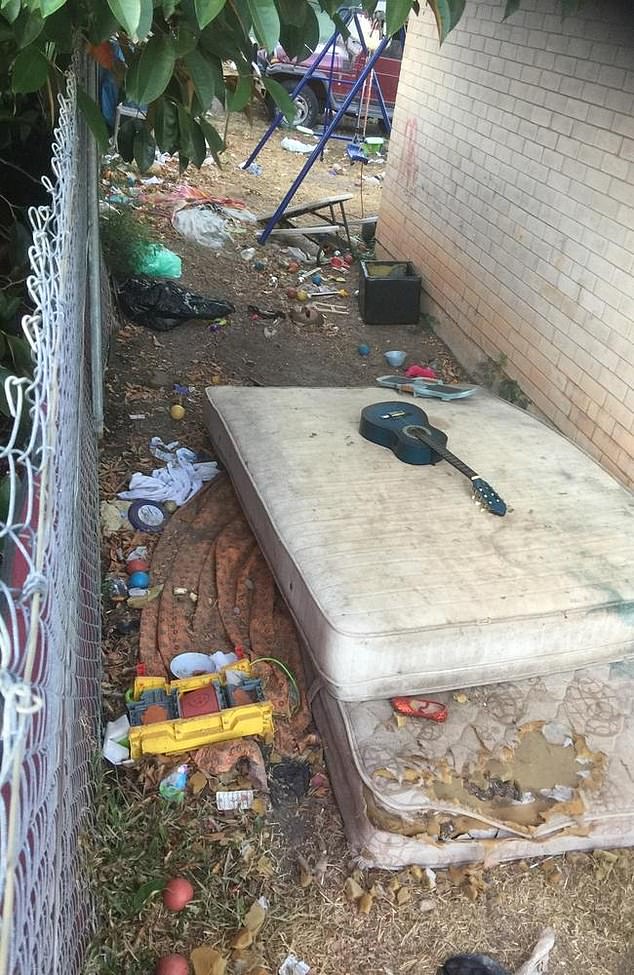 The rubbish piled up in her neighbour’s yard is reportedly filled with vermin, including rats and rabbits

‘In April the NT government launched the Community Housing Growth strategy which comes with an initial investment of $22.3 million to fund initiatives, investments and works.’