The United Nations have told the Taliban they must grant safe passage for those fleeing Afghanistan as the final US troops leave the country.

The new Taliban regime in Afghanistan is facing international pressure to respect human rights following the passage of a UN Security Council resolution.

The council adopted a resolution in New York – with Russia and China abstaining rather than wielding their vetoes – in what the UK hopes is a step towards a unified international response.

Ahead of the US deadline for the withdrawal of its forces on Tuesday and the end of the airborne evacuation, the resolution called on the Taliban to give safe passage to people who wish to leave Afghanistan.

He added: ‘There can be no return to repression or terror. We will push as one voice for safe passage, humanitarian access & respect for human rights.’ 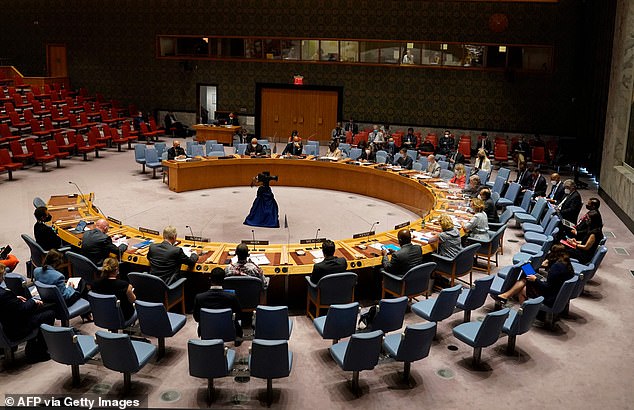 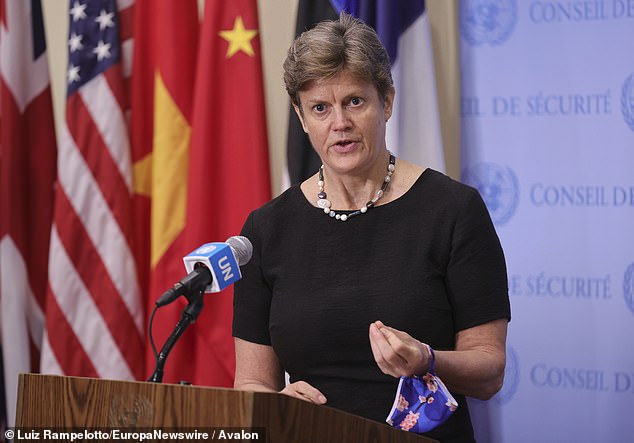 Pictured: The UK’s ambassador to the UN, Dame Barbara Woodward

The UK’s ambassador to the UN, Dame Barbara Woodward, said: ‘We have been clear that the Taliban must adhere to their own stated commitments to ensure safe passage beyond August 31.’

The Security Council also made clear that Afghanistan must never again become a ‘safe haven’ for international terrorists, Dame Barbara said, as she stressed ‘a co-ordinated approach will be vital to counter any extremist threat emanating from Afghanistan’.

The humanitarian situation also needs to be urgently addressed – with complete access for UN agencies and aid organisations – and the progress made on human rights in the 20 years since the US-led coalition became involved in Afghanistan must also be protected, she said.

‘Today’s resolution is an important step towards a unified international response to the situation in Afghanistan,’ Dame Barbara said.

‘We will continue to build on this to ensure the council holds the Taliban accountable on its commitments.

‘The Taliban will be judged by the international community on the basis of their actions on the ground, not their words.’ 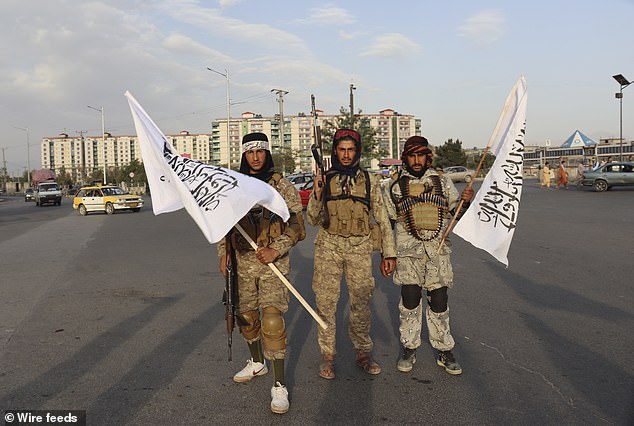 Although Russia and China did not back the resolution, their decisions not to block it will be a relief in the West.

The UK hopes Russia and China could wield some influence over the new Afghan government on issues including countering terrorism and the trade in narcotics, preventing a refugee crisis and further economic collapse.

Dame Barbara said there was a shared goal that Afghanistan should not be ‘in a position to disrupt its neighbours’.

‘There is a lot of shared ground for us to work from although, in this case, Russia and China abstained rather than voted for the resolution.’

Earlier, on a day of intense diplomatic activity, Foreign Secretary Dominic Raab set out his hopes for international alliances to be formed to exert a ‘moderating influence’ on the Taliban.

Mr Raab’s intervention came at a US-convened meeting for the G7 group of industrialised democracies: the UK, US, Canada, Japan, Germany, France and Italy, along with representatives from the EU, Turkey, Qatar and the Nato alliance.

The focus on ensuring safe passage for eligible Afghans comes with uncertainty about how many might seek to reach the UK and how they can hope to make the journey following the end of the airlift.

Foreign Office Minister James Cleverly said it was impossible to estimate how many people eligible to come to the UK had been left behind after evacuation flights finished.

About 15,000 people had been evacuated from Afghanistan in a ‘herculean’ effort, Mr Cleverly said, but Labour has claimed about 5,000 may have been left behind.

Mr Cleverly acknowledged some emails about desperate Afghans seeking to leave may not have been read in the Foreign Office as priority in the evacuation effort was given to people who could be processed and reached Kabul airport before the airlift ended.

The ‘vast, vast bulk’ of British nationals had left Afghanistan, he told Sky News, but there were also eligible people under the Afghan Relocations and Assistance Policy (Arap) scheme – for people who helped UK forces – and others who could be under threat from the Taliban.

Asked if he had unread emails about Afghans seeking to leave the country in his inbox, Mr Cleverly told the BBC: ‘I suspect everybody has.’ 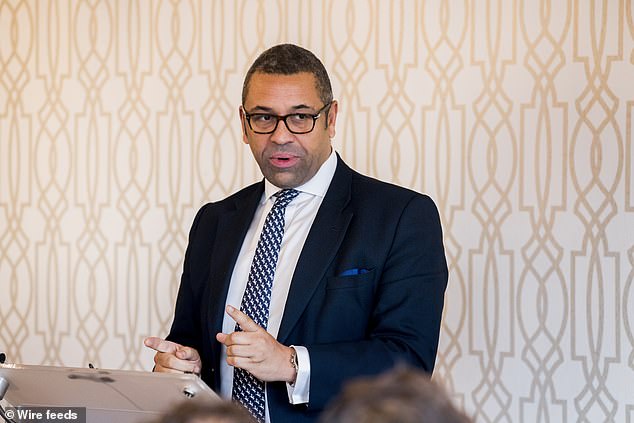 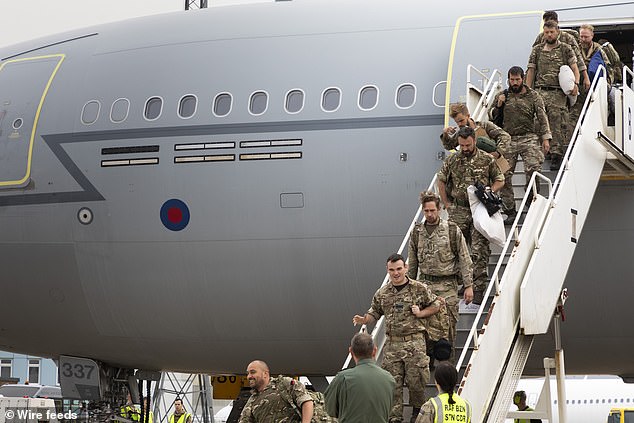 The Government had received a ‘huge number of emails directly from Afghanistan and from third parties’ after announcing it would help Afghans at risk of reprisals from the Taliban.

‘We have been and will continue to work through the significant number of emails that we have received to try to get as many other people out of Afghanistan as possible.’

In a reference to the Foreign Secretary’s Crete holiday, Mr Kinnock told the BBC that ‘whilst Dominic Raab was on the sun lounger he should have been speaking with his counterparts in Pakistan and the other neighbouring countries’ about securing overland routes out of Afghanistan.

With the deadline for the final withdrawal of US forces from Afghanistan on Tuesday, violence continued in Kabul.

Rocket fire, apparently targeting Kabul’s international airport, struck a nearby neighbourhood on Monday but US military C-17 transport planes continued the withdrawal effort as 20 years of Western military presence drew to a close.

The affiliate of the so-called Islamic State in Afghanistan, Isis-K, claimed responsibility, saying it fired at least six rockets at the airport.

The US military said five rockets were fired at the airport on Monday morning but were intercepted.

On Sunday, a US drone strike blew up a vehicle carrying IS suicide bombers before they could attack the military evacuation at Kabul’s airport, American officials said. Reports suggested at least 10 civilians, including children, were among the dead.