Victoria no longer dominates the list of Australia's most expensive schools after almost half of the state's private schools froze fees to support enrolments during the coronavirus downturn and lockdowns.

The state's private schools increased fees for local year 12 students by an average of 0.4 per cent this year – the lowest fee increase across the country and well below the national average rise of 1.05 per cent.

With 47 per cent of private schools freezing fees and a further 6 per cent cutting them, Victoria is no longer home to the country's biggest cluster of expensive schools. NSW has taken that mantle, led by SCEGGS Darlinghurst and The Scots College.

Victoria’s Geelong Grammar is still the most expensive school in Australia, with annual fees for local year 12 students of just under $43,000.

The analysis of 400 non-government schools across the country, including more than 100 in Victoria, was conducted by Edstart, which finances school fees for families.

Of the Victorian schools, 35 charged more than $30,000 a year for year 12 local students while 67 charged below that.

Schools that charge at least $30,000 a year for year 12 local students were more likely to freeze their fees, with more than half holding fees steady this year.

"This is a stark contrast to previous years where these schools had maintained a relatively consistent trend of fee increases of between 3 per cent to 4 per cent," Mr Stevens said. 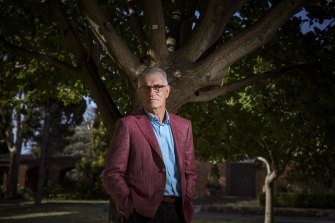 Thirty-six per cent of Victorian students attend a non-government school, the highest rate of any state in Australia and well above the OECD average.

Victorian schools were forced to teach online for much of 2020 and many cut fees for families whose finances came under pressure. Some schools also experienced industrial conflict for standing down staff during the state's lockdowns.

While the school fee freezes are welcome news for parents, the Independent Education Union has complained they have been subsidised by freezes in teacher pay.

Schools to freeze fees for 2021 include The Geelong College, St Leonard’s College and The Knox School.

The Knox School principal Allan Shaw said: "Because we didn’t charge any of the co-curricular fee levies for most of last year, some families decided to give us that money and transfer it to other families in need.

"I was impressed, that was real community support."

The Geelong College principal Peter Miller said while COVID-19 had not affected this year’s scholarship intake, it was reasonable to expect the downturn would lead to more demand in the future.

St Leonard’s College principal Stuart Davis said the inability of parents to attend school open days during most of 2020 would have "greater implications" in years to come.