The Voice has been on the air long enough now that there are kids who literally grew up with the show — like 17-year-old superfan Jillian Jordyn, who arrived at Tuesday’s Season 22 Blind Auditions excitedly toting her prized vintage Voice karaoke machine/CD player, which she’s owned since age 8. “I’ve wanted to be on this show for so long. I’ve dreamed of this moment,” she gushed. “I’m so excited to be here, it doesn’t even feel real!”

However, during all those years of dreaming about her big Voice audition, Jillian always worried that she wouldn’t be able to keep her cool if she actually turned a coach’s chair. “I don’t know how I’m going to contain myself,” she admitted. “I don’t understand how people don’t scream. Like, how is that possible?” 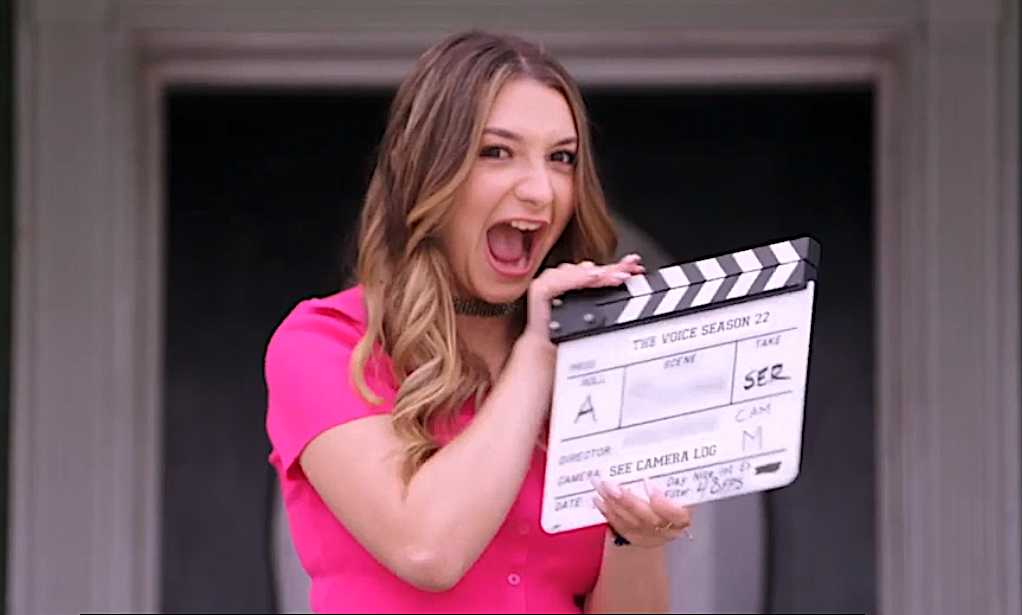 By the time Jillian hit the stage to sing Julia Michaels’s “Issues,” she was positively buzzing with what coach Camila Cabello later described as “Julia Michaels energy.” Jillian did hold it together at first; in fact, her deft handling of the verse’s tricky, fluttering phrasing wowed John Legend (who called Jillian “dope”) and Gwen Stefani so much, they turned very early on.

But… perhaps they turned too early. As John noted, “Jillian, that was wild, because as soon we turned, you got kind of shook!”

“I told myself I wouldn’t do that — and I did!” Jillian giggled, freely acknowledging her panicky reaction.

Jillian's performance then went, as Gwen worded it, “off the rails,” as her vocals grew strained and painfully sharp. Jillian’s “Issues” had some vocal issues. Well, at least she did refrain from screaming. 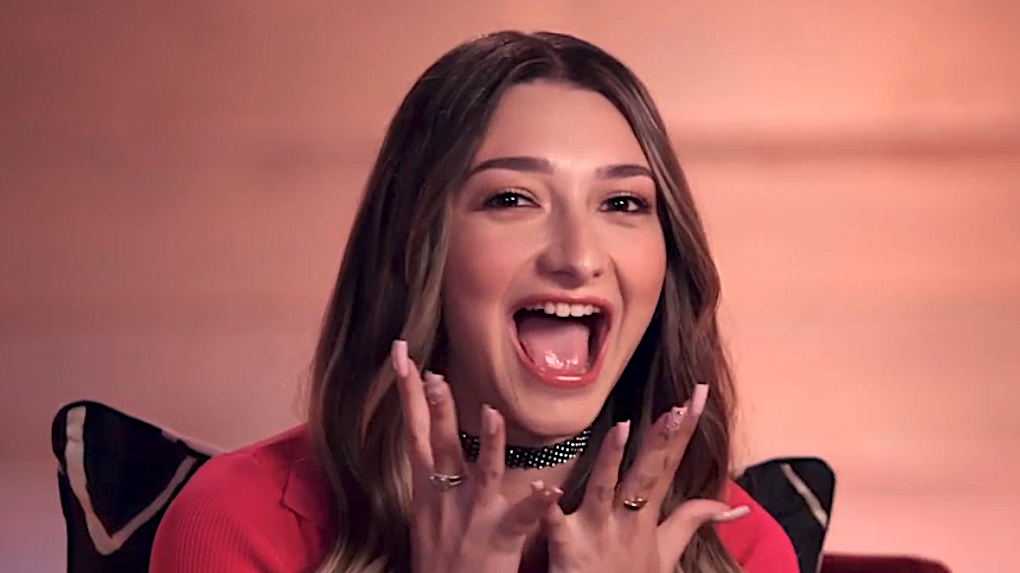 John and Gwen could have regretted their trigger-fingered actions after turning so prematurely, but then they asked Jillian what sort of artist she wants to be. And Jillian immediately offered a surprisingly poised and calm response. “I want to be an influential artist. I want to be the artist that people feel that they can connect to,” she stated proudly.

“Wow, you’ve really thought about it!” Gwen marveled. And John said, “Honestly, I love that you said that. I’m so impressed by you. … I love that you have that vision for yourself.”

Jillian became jumpy all over again when host Carson Daly instructed her to choose between the two coaches, but the sweet, sincere kid “went with her heart” and eventually joined Team Gwen. Gwen has actually worked with a young Julia Michaels, and is great at helping teen artists find their footing, so this was the best possible outcome.

“You’ve probably never been on TV before. You’re 17 years old, and it’s a lot. And this show’s going to be a lot. But I’m here to help you out,” assured Gwen, who described Jillian as “ready to be molded.” If Jillian can get her nerves under control, she might have a shot. Hopefully all those hours of practicing in her girlhood bedroom with her circa-Season 5 Voice karaoke machine will pay off.

Season 22 is shaping up to be one of the series’ youngest-skewing seasons — possibly an effect of Camila, the second-youngest coach in Voice history at age 25, joining the panel this year. Below are the other youthful auditioners who made it through Tuesday:

Some self-described “old souls” on The Voice, who cover what Austin called “songs everybody’s grandpa would know,” can come across as gimmicky novelty acts. (See: last year’s Elvis impersonator, Peedy Chavis.) But Austin, as Gwen put it, “sounded like he’s straight out of the past.” His rich baritone and stoic stage presence made him seem like the real deal. “Our generation doesn’t have voices like yours,” Camila raved.

Result: Team Blake, “for sure.” Blake may not recognize most of the songs that get covered on this show, but he was the only coach on the panel who knew that Austin was singing a Hank Williams tune. “We can do this right,” Blake told Austin. Gwen and Camila never had a chance.

This proud Queens girl exhibited so much sass, riling up the crowd and getting people out of their seats like she was rocking a stadium. The lady was “unbelievably cute,” as Gwen put it, and a true star. I think if the coaches could have seen her performance, they all would have wanted her.

Who turned? Just John, who said, “I feel so lucky that I don’t have to fight for you!” Blake and Gwen expressed regret for not turning — as well they should.

This montaged contestant’s Ed Sheeran cover barely got any airtime, but Blake told him, “Your tone’s great, and I thought your pocket was really good.” Blake rarely hits his button for pop artists like Benny, so this guy probably does have potential. We shall see.

Who turned? Just Blake. “That was a surprising turnaround from you,” Camila told Blake. “I can tell he’s from Montana just by listening to him,” Blake snarkily explained.

This aptly named graceful performer did an ethereal piano version of a Bieber bop, which of course Blake would not have recognized under any circumstances. (Blake actually thought “MMMBop” was by Justin Bieber.) But even Blake could not resist Grace’s “magical” voice. “I don’t know if there’d be anything more different and weird than if you chose me as your coach,” he proposed. Meanwhile, Blake’s more qualified wife Gwen told Grace, “You were able to get tender with your voice and really listen to the lyrics of what you’re saying. … There’s nobody on my team that can do runs the way that you do.” John compared Grace’s subtle approach and supple tone to his Season 16 winner, Maelyn Jarmon, and perhaps the most qualified coach of all, avowed Belieber Camila, praised Grace’s “angelic” vocals and compared Grace to last season’s coach, Ariana Grande.

Who turned? All four coaches.

Come back next Monday for the final round of Season 22 Blind Auditions, after which the Battle Rounds will commence.