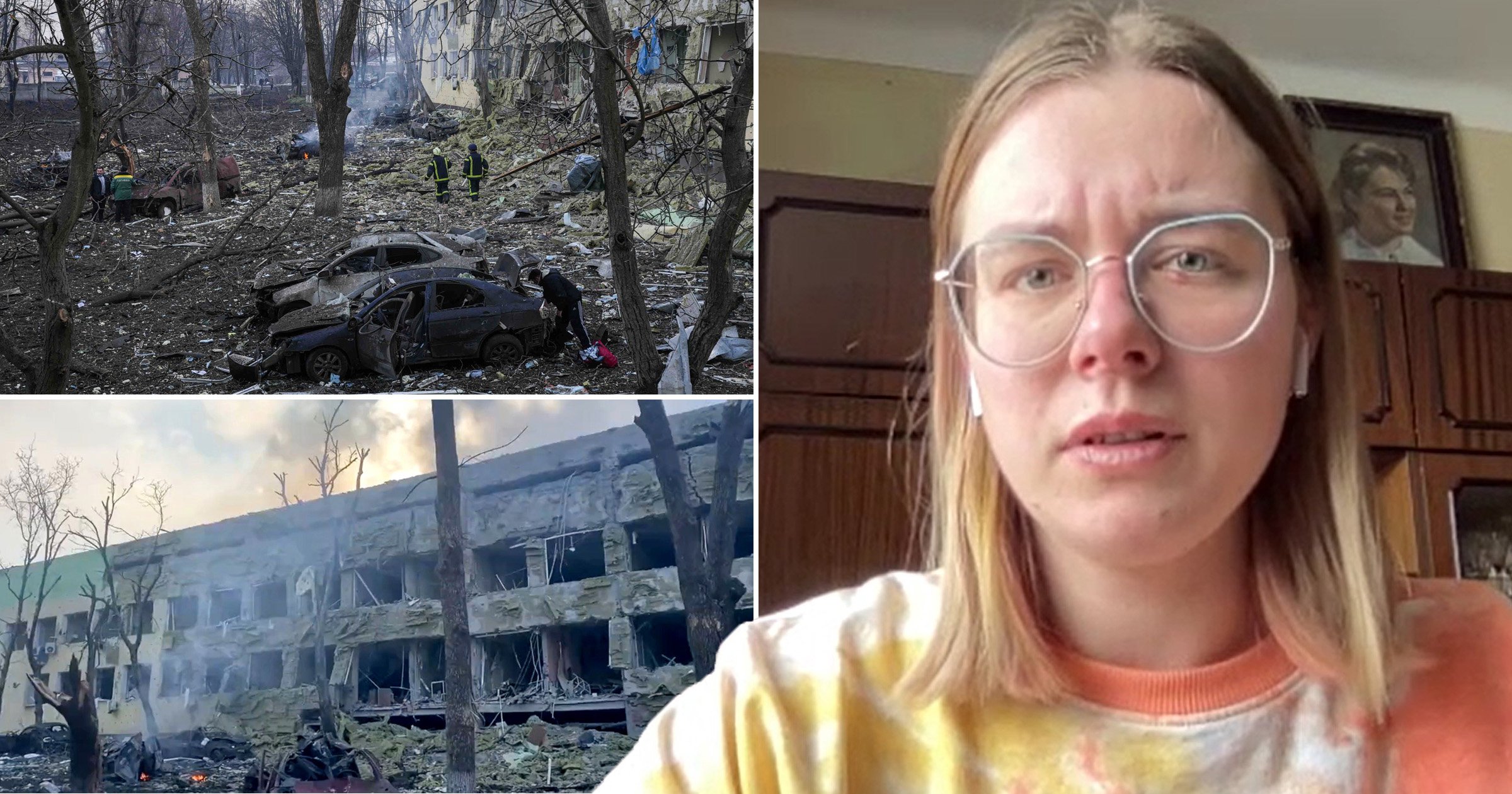 The daughter of a midwife feared to have been caught up in the Mariupol hospital attack is nervously waiting to hear from her mum.

Mariia Moskalenko, 28, fled the Ukrainian city with her younger brother on March 3 but her 50-year-old mother decided to stay behind.

At least three people were killed – including a child – and several more were injured when the maternity facility was damaged in a bombardment by Kremlin forces.

She said the last time she heard from her parents was just hours before the atrocity.

Ms Moskalenko said: ‘I can’t call them because they only call when they have connection…. so I’m just waiting and hoping that they will call again.

‘Because my mother is a midwife and my father owns a car, they are helping people and they can’t just leave them.

‘There are a lot of people who, for example, are too old or who have babies and they are scared to leave under the bombing and falling rockets.’

Ms Moskalenko does not know if her mother was working at the hospital when the bomb hit.

She said it is down to ‘luck’ if civilians survive the airstrikes that have already devastated schools and hospitals in her hometown.

Vladimir Putin has repeatedly denied his forces are targeting civilian infrastructure but evidence of war crimes is mounting.

More than two million people have been displaced in a little over two weeks and Ukrainian officials say 67 children have died in the fighting.

Ms Moskalenko added: ‘The Russians are bombing everything. You have to be lucky to survive from these circumstances’.

The day before the Russian invasion on February 24, Ms Moskalenko’s parents had organised a family dinner that was full of ‘talking and laughing’.

The next day, she said, she was awoken by the sound of explosions.

Speaking over Zoom, Ms Moskalenko held up a fragment from a missile that exploded outside her home just days before her escape from the city.

She said: ‘Our house was lucky… I have this part of the rocket and it could have killed someone but there was no one in that room.

‘We were all so scared and we understood that we were no longer in a safe place.

‘I didn’t feel anything for a day because I just was very shocked.

‘When the water, light, heating and gas got shut down in our district… I understood that it was our last chance to leave.’

Russia’s defence ministry has claimed Ukraine ‘staged’ the attack to ‘incite anti-Russian agitation in the West’.

Russia-Ukraine war: Everything you need to know

Since Russia’s invasion of Ukraine began on February 24, the country has suffered widespread damages and loss of life amid a major bombing campaign.

Over two million Ukrainian refugees have fled, as cities face shortages of food, water, heat, and medicine – with some having to resort to melting snow for water.

Countries have retaliated by imposing sanctions on Russia and oligarchs such as Roman Abramovich, while large companies like Starbucks, McDonald’s, and Coca-Cola have suspended business in the country.

However, despite these economic blows, Russian President Vladimir Putin hasn’t shown any signs of calling off the attack anytime soon.

For more stories like this, check our news page.