Deaf actress, 36, wins court challenge against Cabinet Office for ‘injury to feelings’ over lack of sign language interpreters at No10 Covid briefings

A deaf actress who took High Court action after complaining about a lack of British Sign Language interpreters at Government Covid-19 briefings in England has won a compensation fight.

Ms Rowley, a self-employed actor and writer, said the Government had breached obligations to make broadcasts accessible to deaf people under equality legislation.

She cannot follow conversations or access spoken information without an interpreter. She is also visually impaired and dyslexic.

Ministers disputed her claims that the government had breached equality legislation and lawyers representing Mr Gove said Ms Rowley’s claim should be dismissed.

A judge based in London made a ruling in Ms Rowley’s favour of Wednesday. 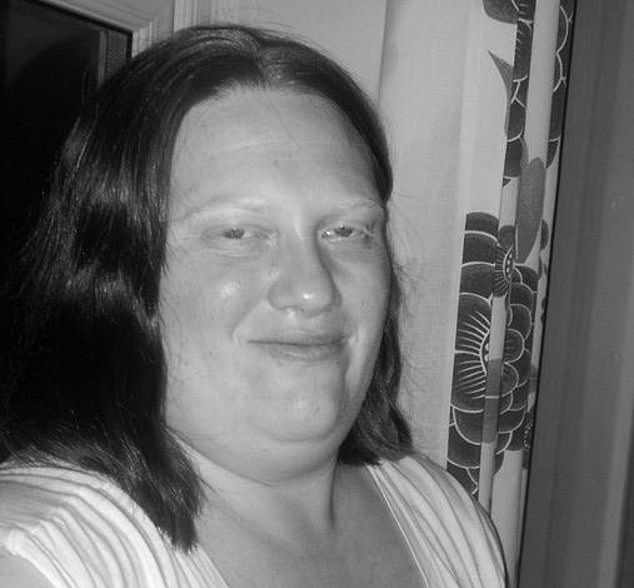 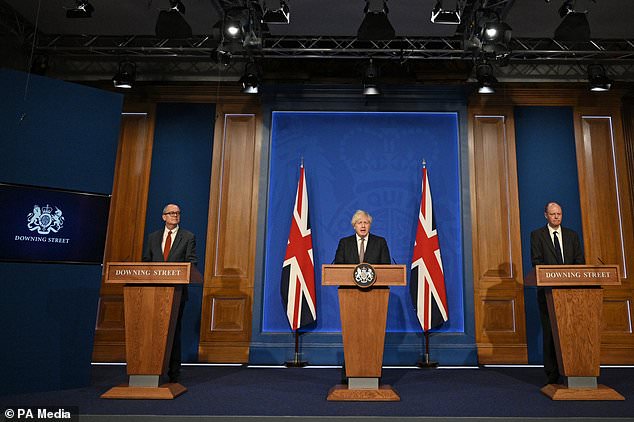 The Downing Street briefings did not have a sign language interpreter in contrast to government announcements in Northern Ireland, Scotland and Wales

The Government briefings contained key announcements such as the suspension of schools, closure of public spaces, lockdown, shielding and furlough.

Her solicitor said when Ms Rowley made the claim, she was 25 weeks pregnant and ‘particularly anxious to protect the life and health of her unborn son’.

In a statement previously released by her solicitor, Chris Fry, Ms Rowley said: ‘The pandemic has been a very worrying time for everyone but to be pregnant and unable to understand the information coming from the government made it absolutely terrifying.

‘Then government covid briefings were essential for everyone to know what was going on and how to best keep safe – yet they were not accessible to the tens of thousands of people who have BSL as their first language.

‘The late inclusion of an in-screen interpreter, which was then inconsistently available, is just not good enough.’

The Cabinet Office arranged for an ‘in screen’ interpreter to be broadcast on its social media channels through the Number 10 Twitter feed and You Tube channels around April 2020.

This came after a petition was launched following the announcements, and recieved widespread support from the deaf community.

After agreeing with her claim, Mr Justice Fordham said damages for Ms Rowley would be assessed by a judge in a county court.

But he added that the Government was not ‘in present or continuing breach’. 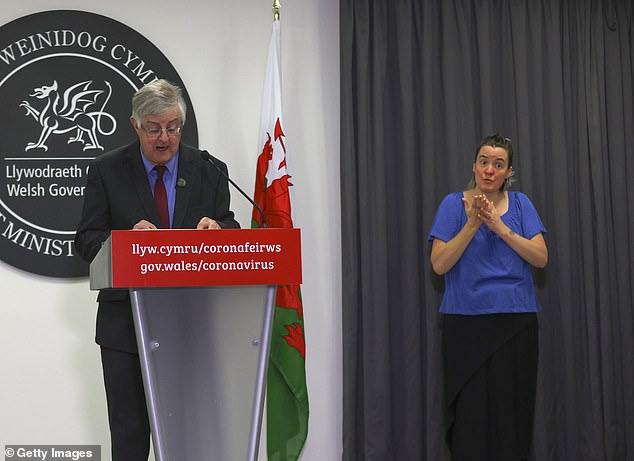 A Cabinet Office spokesman said after the ruling: ‘We are pleased that the court ruled our policy of using on-screen British Sign Language interpreters was lawful during the pandemic.

‘Our priority has always been to reach the largest possible audience with important public information, and we will continue to ensure that British sign language interpretation is made available during Covid-19 briefings.’

Officials said there had been more than 170 Covid briefings and ‘only two’ had been found to be unlawful because British sign language was not provided on screen.

There are more than 70,000 deaf people using British Sign Language (BSL) in England.

Ms Rowley’s claim was supported by the Royal Association of Deaf People.

Amanda Casson-Webb, joint chairperson of the Royal Association of Deaf people (RAD), previously said: ‘We have been proud to stand alongside friends and colleagues within the deaf community to put pressure on the UK Government to recognise its grossly unfair treatment of deaf people – and to redress this by providing an on-platform interpreter for all live Government announcements and briefings.

‘We want to see deaf British Sign Language (BSL) users fully involved and included in every aspect of life. Deaf people should be able to access information independently and on a par with the rest of society.

‘Instead, many have been left feeling unsure, unsafe and scared; having to rely on charities like RAD to provide accessible versions of critical information, after the fact – or worse, having to depend on a friend or family member to explain what is happening.’